27 September 2021 at 5:52 pm
Jarrod Miles
To see two remarkable companies, who have built social impact and philanthropic pledges into their businesses, attract such attention from the investment community suggests an encouraging, socially minded, cultural shift in business, writes Jarrod Miles.

Print
Who Gives A Crap and Canva help lead corporate philanthropy into a new age
27 September 2021 at 5:52 pm

To see two remarkable companies, who have built social impact and philanthropic pledges into their businesses, attract such attention from the investment community suggests an encouraging, socially minded, cultural shift in business, writes Jarrod Miles.

Within the space of 24 hours this month the business world heard the incredible back-to-back announcements of the successful funding rounds for two of Australia’s most beloved start-ups. Who Gives A Crap, the toilet paper start-up, and Canva, the design software company, both danced their way through significant capital raises.

What is behind the success? It’s clear that the product offerings are smart, but that tells only half the story. It’s what both companies do and will do for the community that tells the other half. In this appealing turn of events, social good is no longer second in importance when companies pitch their wares. Rather these two raises could be proof that the good the companies are doing is an equal partner to commercial gain.

It was always hard not to be caught up with the bootstrapped fairy-tale of both stories, but perhaps the most exciting part of these landmark announcements is what it signals for corporate philanthropy. It’s not embedded any more. It’s clearly in the proposition. Both companies are making clear and generous philanthropic pledges to drive significant social impact, and hopefully peer adoption in the years to come.

Since day one, Who Gives A Crap has focused firmly on its social impact, building it squarely into its business model. The company originally launched with a unique crowdfunding campaign, making their social intentions clear from the get-go – committing 50 per cent of future profits to be directed to water sanitation charities.

Co-founder Simon Griffiths said: “Starting Who Gives A Crap was less about making great toilet paper (though we definitely do that), and more about building a company with the sole purpose of doing good. This idea has guided all aspects of our business, but especially our mission.”

It seems incredible that nine years (and a lot of loo roll later) that same philanthropic pledge still stands, with the company recently announcing a total donation of more than $10 million to date. It was never a glib proposal. It wasn’t a marketing stunt. The pledge was for real.

For Canva the story is equally remarkable, with an added touch of romance. University sweethearts Melanie Perkins and Cliff Obrecht conceived their company in their living room 15 years ago. The pair went on to create Canva, an easy-to-use graphics design program. The start-up also carefully considered its social impact from an early stage, choosing to join the 1% pledge, donating at least 1 per cent of the company’s time, money, equity and resources to charity.

Their commitment sits within a broader strategy for impact – what Perkins has long described as a “two step plan” for maximum impact: “Step one, become one of the most valuable companies in the world, and step two, do the most good we can do.”

A step change in corporate philanthropy

While it was the impressive valuations and admittedly outstanding start up narratives that got the most attention, let’s not dismiss the corporate philanthropy that goes hand in hand. These two companies join other new age Australian businesses like Atlassian and Cotton On in weaving social impact into their DNA and giving away a significant portion of their profits to the community.

In true entrepreneurial style these innovative models reinvent the relationship between business and philanthropy by placing the desire to do good in the world right next to the imperative for financial success. An approach that has been met with firm support. One that has strongly and sustainably resonated with their customers and employees who they bring on a kind of socially minded adventure year in year out.

Contrast the work of these two companies with traditional corporate philanthropic models. While our largest publicly-listed companies give sizable amounts of funds to the community and certainly have a significant social impact, their shareholder focus has meant they have struggled to create a meaningful connection between that impact and their financial success.

If we’re lucky these latest examples may just spark a change of tack from our top firms in this high-level integration between business and philanthropy. Hopefully affirming the value that social investment can bring to these established companies and satisfying a ground swell of conscious consumers, purpose engaged employees and even impact-minded shareholders demanding a social return on their investment.

Enlightened companies need to take the opportunity to learn from this new age approach and develop strategies for these emerging stakeholder needs, realising that their increased community contribution can coincide or even boost their firm’s success.

Griffiths has made comments that echo this sentiment. “Ten years ago, if you talked about donating half of your profits, you didn’t have a business model that was investible,” he said. “This makes me not just incredibly excited for this next part of the journey that we’re on but also thinking about the future of what capitalism looks like more broadly.”

Could it be that in the future companies won’t be as likely to be offered funds without an integrated promise of social good? Could it be that we have come so far that our most successful fundraisers will need to be intent on having a significant community impact?

Here’s hoping the success of these companies is a clear confirmation that meaningful social commitments can effectively sit in tandem with financial goals. Being good is not just a sideshow, not a corollary anymore. If you want to go out and raise money or engage investors, you need to think about social good, not just how good the product might be. 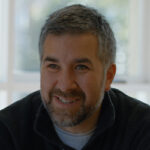 Jarrod Miles is co-founder of Strive Philanthropy and author of GivingLarge Research.

Hopes and predictions for business this year

Reform needed to regulate corporate influence on our politicians

Sportswashing: how mining and energy companies sponsor your favourite sports to help clean up their image