14 October 2021 at 7:30 am
Sue Woodward AM
Not only is the pure dollar cost of the proposed expansion of the ACNC’s powers too high, it could have a significant effect on recruiting, inducting and retaining great people for charity board roles, writes Sue Woodward AM, chief adviser of Not-for-profit Law at Justice Connect.

Print
Costly reforms that will deter volunteer directors
14 October 2021 at 7:30 am

Not only is the pure dollar cost of the proposed expansion of the ACNC’s powers too high, it could have a significant effect on recruiting, inducting and retaining great people for charity board roles, writes Sue Woodward AM, chief adviser of Not-for-profit Law at Justice Connect.

As a lawyer with the twitter handle @nfp_nerd, I usually encourage compliance with the law. But some laws are just not meant to be borne let alone followed. The independent modelling by ACIL Allen released this week confirms in my mind that the federal government’s proposed expansion of the ACNC’s powers to investigate and deregister charities for certain minor offences is one of those laws.

Why? The cost to Australian charities and the communities they serve is too high, and I can’t see any public benefit to justify it. There are already laws in place giving the ACNC power to act if there is serious law breaking by charities, and there are state and federal laws to cover the actions of individuals. Much has been written about how the reforms will stifle advocacy and democratic freedoms across the political spectrum – the reform serves no public benefit and could cause public harm.

The ACIL Allen report estimates that it could cost charities close to $150 million in the first year (including $110 million in initial compliance costs), with an ongoing annual expense of $40.4 million. This is clearly conservative as I agree with the statement in their report that:

“Given the large number of volunteers involved in the charities and NFP sector, it is anticipated that the total economic cost of the regulatory amendments are significantly larger than the estimates provided in this report.”

Worryingly, the report also points out (but understandably does not quantify) indirect costs associated with the compliance of the proposed amendments, noting that “insurance premiums for charities may increase if they are, or are perceived to be, at greater risk of non-compliance”.

These are big numbers despite using a conservative methodology. There would be legitimate outcry if these reforms were intended for small business. But guess what, most charities are small businesses! They are just run “for purpose”, like supporting people experiencing disadvantage or hardship. Just imagine how much food relief could be provided with an extra $150 million a year (to pick one tangible COVID-19 example).

Like small business, charities are a powerhouse for employment (about 11 per cent of the paid workforce − 1.38 million employees − plus 3.6 million unpaid volunteers). And they are also a powerhouse of economic activity, with a collective turnover of more than $166 billion each year and about $350 billion in assets. We wouldn’t want small business tied up in red tape and the argument is even stronger for charities. That’s why the findings of this report are so important and so damning.

But aside from the pure dollar cost quantified in the report, I worry about the effect on recruiting, inducting and retaining great people for charity board roles.

There is a duty on the charity (ACNC Governance standard 5) to ensure its directors understand and comply with their duties. But how do you properly explain this new regulation; a regulation that directors must ensure the charity complies with or its very charity status could be revoked? The reform is unusual because it doesn’t even require anyone to be convicted of an offence. It is enough that the actions of the charity’s staff “may be dealt with” as one of the listed types of offences, and it is the opinion of the ACNC commissioner that is the determining threshold.

Explaining how this change works will add to compliance costs, especially as inducting and training board members (and new staff) is an ongoing obligation. It will create complexity and concern. Remember nearly all charity directors are volunteers and they may just think it’s too hard.

Bad laws encourage people to look for loopholes or (euphemistically) “workarounds”. One obvious one is to set up a basic religious charity because they are exempt from compliance with the governance standards. I have argued against this exemption before so can’t possibly suggest that as an option. I just hope sense prevails and this reform is disallowed as recommended by the Senate Committee for the Scrutiny of Delegated Legislation. 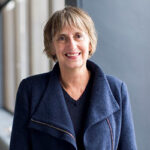 Sue Woodward AM is chief adviser of Not-for-profit Law at Justice Connect.