28 October 2021 at 8:23 am
Sonya Parsons
Sonya Parsons, partner at Thomson Geer, suggests three steps for charities and not for profits to consider when dealing with negative commentary about their organisation or its work.

Print
How do charities and not for profits best respond to detractors?
28 October 2021 at 8:23 am

Sonya Parsons, partner at Thomson Geer, suggests three steps for charities and not for profits to consider when dealing with negative commentary about their organisation or its work.

Many charities want to win over hearts and minds to their cause. So what do you do when faced with a very public detractor that looks like undoing all your hard work?

When starting out as a junior lawyer 20 years ago, I was taught that sending a strong legal letter to a detractor with big aggressive sounding words (extra points if they were Latin) and a threat of commencing proceedings, “plus costs and interest” was always the first step. If written well enough, that letter, with its law firm letterhead (preferably in colour font) and a law firm partner’s wet ink signature could be enough to bully the recipient into submission.

These days, that “one size fits all” approach to adverse public commentary about an organisation does not work anymore. Primarily because of social media.

Now anyone with a keyboard and an internet connection can publicise their views and research the law to find out if they are really at risk of having proceedings commenced against them. They can also publicise a copy of the legal letter and by doing so, create a perception that they are the wronged party. That can cause even greater reputational damage to your organisation.

For many charities and not for profits, this can put them in an uncomfortable position. When your aim is to do public good, and to use the organisation’s hard-won funds wisely, is an expensive defamation suit against a detractor the way to go? Will a legal letter simply inflame the situation? Do you have to just ignore the negativity, despite the potential for it to adversely affect the organisation?

Here’s three suggested steps for charities and not for profits to consider when dealing with negative commentary about your organisation or its work:

1. Consider the nature of the negative commentary.

Does the person making the statements seem to have a genuine complaint, or is it based on misconceptions or misunderstandings? If they are genuine in holding those beliefs, and are not maliciously trying to hurt the organisation, could a gently worded communication providing them with the facts change their mind? Is a meeting with them to let them air their views appropriate? Equally, if the views are widespread, but wrong, you might need advice from social media advisors who can assist in targeting a response to change the discussion.

2. Consider the reach of the negative commentary.

Is it being published in a way that displays it to a large number of people, or is it more confined? Is it being repeated and spread widely? If it is of only a minor nature, and not being repeated or gaining traction, the option of ignoring it is always available.

If the claims are spurious and likely to harm your organisation, particularly by affecting your funding, or any of your employees or board directors, you may have no option but to send a concerns notice as a precursor to a defamation action, and see if a correction will be published or an apology given.

Negative claims against your organisation are always disappointing, and take away from all the positive work that is being done.

Managed incorrectly, they can snowball into expensive and time consuming issues and at worst, into litigation. But when managed tactfully and appropriately, you might just turn your detractors into supporters. 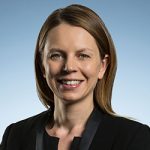 Sonya Parsons is a partner at Thomson Geer.

From the horse’s mouth: Animal charity fesses up to staff underpayment