25 October 2021 at 5:37 pm
Blake Loaney
As community members, we all have a responsibility to be aware of the risks and signs of human trafficking, writes Blake Loaney from A21 Australia.

Photo: Walk For Freedom march in Sydney in 2019

As community members, we all have a responsibility to be aware of the risks and signs of human trafficking, writes Blake Loaney from A21 Australia.

Human trafficking in Australia continues to occur, hidden, yet right in front of us. In 2020, the Australian government referred 212 suspected cases of trafficking for possible investigation, while an estimated 15,000 people in Australia are living in modern slavery. The first prosecution of a domestic slavery case in Australia occurred in July 2021.

A report by A21 concluded that the pandemic has not curtailed human trafficking and exploitation – and has conversely increased the obstacles for counter-trafficking efforts. Human trafficking is a US$150 billion industry worldwide with over 40 million people enslaved – more than any other time in history.

Community awareness and education are incredibly important tools in the fight to end human trafficking and modern slavery. The fight begins in your local community, with volunteering, spreading community information and education, and awareness events such as A21’s annual Walk For Freedom, which recently took place on 16 October in 71 countries around the globe, all effective techniques to put an end to the injustice.

Who is at risk?

Human trafficking victims can be any age, race, gender identity, sex, ethnicity, nationality, immigration status, and socioeconomic class. That being said, there are certain groups of people who are more vulnerable to trafficking and exploitation because of their situation or their position within society.

As community members, we all have a responsibility to be aware of the risks and signs of trafficking, because the reality is that any one of us could encounter a victim of human trafficking in our daily lives.

What are the signs of labour trafficking?

Labour trafficking is the recruitment, harbouring, transportation, provision, or obtaining of a person for labour or services through the use of force, fraud, or coercion for the purposes of involuntary servitude, peonage, debt bondage, or slavery.

Some important signs for community members to look out for include controlled behaviour, such as being accompanied by a controlling person, not being able to speak on his or her own behalf, being transported to or from work, and living and working at the same place.

Other signs of controlling behaviour to look out for include conversations with family and friends being controlled, restricted, or forbidden; along with being fearful, anxious, depressed, overly submissive, and potentially avoiding eye contact. The person might also have limited access to funds or funds being held by someone else.

What are the signs of sex trafficking?

Sex trafficking is a commercial sex act that is induced by force, fraud, or coercion, or in which the person induced to perform such an act has not attained 18 years of age.

Traffickers gain trust and then exploit the victim by luring them into trafficking under the pretence of a romantic relationship through grooming and abuse. Even though the term “loverboy” is used, traffickers are not only males just as victims are not only females.

Loverboys will often manipulate emotions by creating emotional ties without sharing a great deal of personal information about themselves. They regularly force isolation from their victims, including thriving on possessiveness, jealousy, or control over their partner and distancing them from family, friends and their community.

Unhealthy signs also include requiring the other partner to do things they are uncomfortable with (forceful sex or sex acts, videotaping sexual activity/nudity, posting pictures for money, engaging in commercial sex or sex acts with his/her friends/strangers).

They might also require control over their personal information including limiting or removing access to the other’s personal bank accounts or documents such as driver’s license, ID card, birth certificate, passport, or visa. The “partner” may also be physically aggressive either privately and/or publicly including grabbing, pushing, hitting, slapping.

Building awareness in your community

If you’re involved in any local community groups, consider partnering with local law enforcement experts and advocacy agencies to provide an awareness program on the dangers and warning signs of trafficking.

Educators and parent-school community groups should consider implementing education programs and roles for parents and guardians to make them part of their children’s safety and security, both at school and while going to and from school. A21 has resources for educators and parents available here.

If there’s one message to get across above all else, it’s that one phone call can be the difference between slavery and freedom. A human trafficking resource line is a line for people to be able to report situations of human trafficking that they might notice in their communities.

Add your local reporting line to your phone’s address book and encourage others to do the same. In Australia, that number is (+61) 131 237 and is operated by the Australian Federal Police. For immediate danger or in case of an emergency, call: 000. 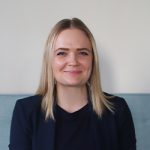 Blake Loaney is the reach manager of A21 Australia, leading a team of dedicated staff and volunteers in prevention, awareness and education initiatives across Australia.