19 October 2021 at 8:06 am
Tracey Burton
To mark Anti-Poverty Week, Tracey Burton, chief executive officer of Uniting NSW.ACT, shares her opinions on women’s homelessness and improvements that can be made to the system to support older Australian women.

Print
Talking about women’s homelessness – the gateway to wellbeing
19 October 2021 at 8:06 am

To mark Anti-Poverty Week, Tracey Burton, chief executive officer of Uniting NSW.ACT, shares her opinions on women’s homelessness and improvements that can be made to the system to support older Australian women.

I have heard women say they feel unseen, unheard and unincluded. As a woman in her 50s, this feels hard to fathom. Maybe ask me again in 10 years. Women’s invisibility in public policy is more obvious. Like the lack of focus on menopause and endometriosis, the pervasiveness of sexual harassment and violence against women or the failure to provide tailored homelessness solutions to older women.

Some suggested solutions to support older women facing homelessness could include lowering the qualifying age for priority social housing from 80 to 55 and providing affordable housing and related initiatives for older women at risk of homelessness. I hope things are beginning to shift on some of these issues. While we can increase awareness through Anti-Poverty Week and provide other support through the not-for-profit sector, we can do more. The government has focused some attention on prioritising homelessness, but it doesn’t look at the specific issue of older homeless women.

Adequate housing is not just physical shelter but a gateway to wellbeing. It provides the foundation for physical health, mental health, education and employment. Yet it feels like the issue of housing has been placed in the too hard basket for too long by successive governments of all flavours and jurisdictions.

There are some types of homelessness services that are finally getting attention but they tend to benefit men rather than tackle the problems women are facing. The previous NSW premier made rough sleeping a priority. This is commendable, but men outnumber women two to one when it comes to rough sleeping.

Women’s homelessness tends to be more invisible, likely made up of women with no experience accessing social welfare services.

Many women end up homeless after leaving abusive or violent relationships or find themselves in later stages of life divorced, with no savings, superannuation, or support. These women are more likely to live in cars or couch surf than be found sleeping rough on the streets.

We recognise older women as the  fastest-growing group of homeless people in Australia. Research carried out by the Housing for the Aged Action Group shows about 240,000 women aged 55 or older and another 165,000 women aged 45 to 54 are at risk of homelessness.

Victoria is the only state with a state-wide homelessness service targeting older people. Home at Last in Victoria provides older people in a housing crisis with one-on-one support to access appropriate and affordable housing. Here, older people are helped to access support earlier and plan for their housing future before reaching crisis point. An evaluation of the service by KPMG found the approach is cost-effective, helping clients gain secure housing and diverting demand from other homelessness services. NSW should adopt this model, as should other states and territories.

In 2020, the Australian government announced it would be investing an additional $1 billion in funding to help older Australians live at home for longer. Older Australians should be able to stay at home to receive the care they need but what about older Australians requiring care who don’t have a stable home?

In Anti-Poverty Week, homelessness for older women should be a priority. For the thousands of older women at risk of homelessness, it’s hard to know what they need to do to be seen. 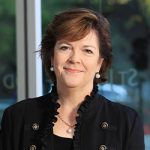