15 November 2021 at 5:16 pm
Dechlan Brennan
As Australia opens up to the world, we risk leaving our most vulnerable communities behind, writes freelance writer Dechlan Brennan.

As Australia opens up to the world, we risk leaving our most vulnerable communities behind, writes freelance writer Dechlan Brennan.

The opening up of Australia after the long winter of lockdowns has led to mass exulting from many in the federal government. The idea that the economy will once again begin to grow has caused some in the Coalition to reward themselves with a pat on the back. The reason for this re-opening has been the large-scale vaccination programme, which has become more successful as the year has gone on.

Despite its rocky start, Australia currently sits 17th out of 38 for vaccination rates in the Organisation for Economic Co-Operation and Development (OECD) countries. This is quite a turnaround considering it languished in second last as recently as September.

Sadly, when it comes to Australia’s Aboriginal and Torres Strait Islander population, this number drops dramatically.

The latest data shows that 80.6 per cent of all eligible Australians over 16 are fully vaccinated, this level drops to just 54.5 per cent for First Nations people. In Western Australia, only one region of the state, Inner Perth, shows the double dose rate sitting above 40 per cent for Indigenous people. In the outback – home to some of the most isolated Aboriginal communities in the country – the double dose rates sit below 30 per cent.

In some ways, Western Australia has been the victim of its own success. Its strong isolation from the virus has helped counter the delta strain and there have been minimal outbreaks and lockdowns. As a result, while states like New South Wales and Victoria clamoured to get the vaccine in order to open up, the incentive for Western Australians hasn’t been as strong.

Dr Jason Agostino of the National Aboriginal Community Controlled Health Organisation noted this. He highlighted how “targeted information campaigns” can show communities with a lack of information and understanding of the delta strain, just how fast and deadly it can be. He, like many, is worried that unless more Indigenous people rapidly get vaccinated, “the state may see a situation similar to Western NSW.”

In a three month period, there were 7,000 COVID cases amongst the Indigenous population, including 16 deaths. Those under 40 accounted for the majority of these cases. When the delta strain first hit Western NSW, the vaccination rate amongst Indigenous Australians in the area was close to 20 per cent.

Lesley Nelson, chief executive of the South West Aboriginal Medical Service, recognised that Indigenous people were already disproportionally predisposed to the effects of the disease.

During the Spanish flu outbreak in 1919, one in six Aboriginal people perished in the government-run Barambah Aboriginal Settlement in regional Queensland. Now known as Cherbourg, it would become one of the worst hit areas in Australia with nearly 90 deaths and all but 10 of the 600 odd population infected.

There is a real worry the same thing could happen with COVID in remote areas of the country, especially Western Australia.

Israel was initially lauded as a vaccine success story. The New York Times reported in February that Israel’s vaccine rollout had “outpaced the world.” However, the numbers didn’t tell the full story.

While the majority of Israelis, including those living in the West Bank, were vaccinated, the percentage in the Ultra-Orthodox Jewish and Palestinian communities was dramatically lower. When Israelis started “busting loose,” the new delta variant ran rampant through the unvaccinated, who were left vulnerable. Even now, as Israel battles a fourth wave, Palestinian vaccination rates sit at 30 per cent. Numbers out of Israel showed that up to 60 per cent of their deaths were amongst the unvaccinated. The concern is that these issues highlight what will be mirrored in Australia’s isolated Indigenous communities without mass vaccinations.

There is a belief that Australia has been improvident in its vaccine rollout for Aboriginal and Torres Strait Islander people. By rushing to open the economy, Australia’s most vulnerable have been allowed to fall by the wayside. Prime Minister Scott Morrison admitted more was needed to boost Indigenous vaccine rates, but the interest seems to be secondary to the opening up of the country. Treasurer Josh Frydenberg stated that with the opening of international borders “there is no looking back.”

The Royal Australian College of General Practitioners has warned that there will be an upsurge in cases when borders open and Indigenous peoples move around the country. The college’s chair of Aboriginal and Torres Strait Islander health, Professor Peter O’Mara, told The West Australian that the gap in vaccination rates between Indigenous and non-Indigenous people is “a national shame.”

With First Nations people already being largely disenfranchised in Australia and overrepresented in the legal system, it would be beyond cruel to see the many communities overrun due to lack of vaccinations. As Professor O’Mara lamented, “while tourism is needed… we cannot leave anyone behind.” 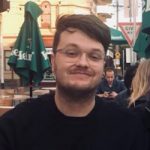 Dechlan Brennan is a freelance writer advocating for mental health and welfare reforms in Australia.