Servicing the needs of a growing Australian charity sector

4 November 2021 at 8:08 am
Dr Gary Johns
Following the publication of the ACNC’s annual report, charity commissioner Dr Gary Johns reflects on the regulator’s achievements over the past 12 months.

Print
Servicing the needs of a growing Australian charity sector
4 November 2021 at 8:08 am

Following the publication of the ACNC’s annual report, charity commissioner Dr Gary Johns reflects on the regulator’s achievements over the past 12 months.

The number of Australian charities has grown substantially since I commenced as head of the Australian Charities and Not-for-profits Commission in December 2017. The ACNC is servicing far more charities and reaching out to a much larger public than has ever been the case, and we have done this in trying circumstances, given the challenges arising from the pandemic and lockdowns, encountered not only by us but by the charities we service and support.

In our 2020-21 annual report, tabled in Parliament on 19 October, we set out significant achievements, and noted some areas that we aim to improve as we emerge from lockdowns across the nation.

I am especially proud that there has been a surge in the use of the Charity Register. In the past 12 months it has had around five million searches, with 4.2 million recorded last financial year – a sharp rise from one million searches in 2017-18. This demonstrates its growing value for the public, charities, donors, philanthropists, governments, and funding agencies who check the register to confirm the credentials of charities. It is of growing value for charities too therefore, as registration signals to donors and supporters that they are transparent and accountable in pursuing their charitable purposes.

In 2018, there were around 55,000 charities on the register. Today there are around 60,000. For several years, the number of applications we processed from organisations seeking to be registered was around 3,000-4,000 per year. However, in the past two years registration applications have risen to almost 6,000 per year, partly driven by reforms to men’s and women’s sheds, as well as deductible gift recipient status reforms.

Although we now service thousands more charities and process thousands more new applications, we have not increased staff. Most of my 100 staff reside in Melbourne and have been working from home in lockdown for nearly 12 months. Despite this, they have performed extremely well.

Last financial year we were not able to achieve all our service standards. We decided to hold on to the standards because as we emerge from lockdowns next year, we will be in a better position to achieve them. Around 70 per cent of calls were answered within four minutes, short of the 80 per cent we aimed to achieve. The percentage of charities reporting on time was 66 per cent, lower than we had aimed for, but understandable given extra pressures on charities presented by the pandemic, some dealing with more demand, fewer volunteers, and the need to adapt the ways they conducted fundraising.

I am proud that we met or exceeded targets on several other measures, including red tape cuts for charities and targets for analysing charities’ financial reports for accuracy, a key function to maintain trust and confidence in the sector. Our main way of helping charities through education is our website, and as required, information and guidance materials were reviewed, updated, or published on target throughout the year. There were 11 million hits on our website, to access education resources for example, up from five million in 2018.

Much of our work at the ACNC is over and above set measures, and a major achievement in the past year was the enhancement of the Charity Register. It now provides more information about charities – new details about their programs as well as the locations in which they operate. The next phase of this important initiative is underway, boosting the register’s search features to allow the public to search for the kinds of programs they would like to support, in their local or preferred area. This will significantly increase the visibility of charity’s work and build confidence in the sector. Working towards this objective will continue to drive our work in the coming year. 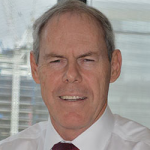 Dr Gary Johns is the commissioner of the Australian Charities and Not-for-profits Commission (ACNC).