The long, delayed, and harmful road to raising the age of criminal responsibility

22 November 2021 at 5:25 pm
Deborah Di Natale
Moves have been made to raise the age of criminal responsibility from 10 to 12 years. But as the CEO of the Northern Territory Council of Social Services, Deborah Di Natale, explains, this change is too little, too late.

Print
The long, delayed, and harmful road to raising the age of criminal responsibility
22 November 2021 at 5:25 pm

Moves have been made to raise the age of criminal responsibility from 10 to 12 years. But as the CEO of the Northern Territory Council of Social Services, Deborah Di Natale, explains, this change is too little, too late.

Four long years ago, the Final Report of the Royal Commission into the Protection and Detention of Children in the Northern Territory was tabled in the Federal Parliament.  Amongst the recommendations accepted by the NT government was one to raise the age of criminal responsibility.

Four years ago, in the wake of the Four Corners report into the mistreatment of children in detention, there was wide-spread acknowledgement that the juvenile justice system required fundamental, long-lasting reform, that it was damaging children, and as a result, detention, which was meant to make the community safer, in fact made it more dangerous.

But that moment of national shame has passed. It is now 2021, and the punitive youth justice rhetoric has returned in full force.

This year in the NT, rather than raising the age, the Territory government backflipped on its own bail reforms, so now even more children are detained. Last year on average there were 20 children in detention, now there are 40. In case you were wondering, they are almost always Aboriginal.

But it is not only the NT lacking the political will.

Despite the overwhelming evidence and unanimous expert advice that locking up children under 14 harms lives and does nothing to benefit community safety, the nation’s attorneys general continue to avoid action.

At their recent meeting they agreed to support development of a proposal to increase the minimum age of criminal responsibility from 10 to 12.

This comes three years after the attorneys general first committed to explore options to raise the age, and then failed to release the report, much less act.

Every delay is disastrous.

The minimum age of criminal responsibility in all Australian states and territories should be 14 years. It is the international benchmark. It is what all the medical evidence and legal expert advice shows. It is the recommendation of the UN Committee on the Rights of the Child.

It is called for by First Nations peoples and Aboriginal controlled organisations.

Very young children are still developing – mentally, physically and emotionally. When a child is under the age of 14, they haven’t yet developed the capacity to assess risk, predict consequences or control their impulses. They are simply too young.

Very young children are also more vulnerable to harm. Because their brains are still developing, the criminal legal system is more likely to cause them lifelong developmental and mental health trauma. This means they are less likely to finish school or get a job, and more likely to reoffend.

And while raising the age of criminal responsibility is not simply the stroke of a pen, the complexity of the issue is no excuse for inaction.

We need to stop locking up kids under the age of 14 – but we also need to provide the services and support to keep them and the community safe.

We need to support kids to thrive. It is not an impossible reform.

Last month the nation was even given a roadmap, when the ACT released its review into its support systems and the implementation requirements to raise the age.

It takes leadership. It takes investment. It takes system-wide reform. But it is not impossible. And it would have an immediate effect.

It would break cycles of disadvantage; reduce repeat offending; increase safety for the wider community – and provide better outcomes for affected children. 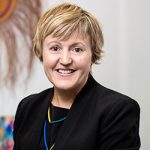 Deborah Di Natale is the CEO of the Northern Territory Council of Social Service (NTCOSS).

The courage to feel uncomfortable: what Australians need to learn to achieve real reconciliation.