How can I maximise opportunity from the federal election?

28 February 2022 at 6:34 pm
Neil Pharaoh
Neil Pharaoh and Rory Parker share a checklist of things to tick off to make sure your organisation is maximising your government engagement opportunities.

Print
How can I maximise opportunity from the federal election?
28 February 2022 at 6:34 pm

Neil Pharaoh and Rory Parker share a checklist of things to tick off to make sure your organisation is maximising your government engagement opportunities.

It could be in a matter of weeks, or as late as a Saturday in May, but only the prime minister knows for sure. What this means for organisations in the for-purpose sector (organisations like yours) is opportunity. Opportunity to amplify your messaging, advocate for election commitments, and build meaningful and enduring relationships with political stakeholders that pay off over time. But, to maximise your government engagement opportunities, you need to be prepared by ticking a few things off the checklist.

For your government engagement strategy to pay off you need a vision. Unlike the vision that the prime minister likely lost momentarily after his unfortunate welding incident, you need to look internally: what are my organisation’s short, medium, and long-term objectives and how can they be bolstered by working with government? Without direction your strategy will be stuck going in circles and you won’t be able to articulate your asks to a politician.

Map who you will target

In an ideal world, your organisation would have one-on-one conversations with each of the 151 incumbent MPs, all 76 senators, the countless candidates for each seat, and the top five or six senate candidates for each of the major parties… but this isn’t an ideal world and time and resources in the for-purpose sector are scarce. Therefore, you need to identify who the priority stakeholders are who will be the focus of your time. Keep in mind that, while ministers and shadow ministers may be key decision-makers, elections are won or lost in marginal seats – typically held by backbenchers – who will ultimately have significant influence on policy agendas. To find the right balance, map your organisation’s inputs against key electorates to identify your target stakeholders.

Identify what they want

Government relations is all about relationship building (it’s in the name!) and the best way to build these relationships is to understand that, contrary to popular belief, politicians are people. Too often organisations see politicians as nothing more than a funding purse or policy lever, and overlook that making friends is a two-way street. You wouldn’t ask your “designated friend with a ute” to help you move house without a carton of beer in return, so find your organisation’s metaphorical carton: it could be as simple as amplifying their message on social media or inviting them to an event. A critically important element here is this – you must engage across the political spectrum, with a diversity of candidates from several parties. Partisan appearances are not in your interest, and neither is placing all bets on one party to win the election (remember what happened in 2019?).

Elections mean that politicians’ jobs are on the line – a sure fire way to kick anyone into gear. That means, when they aren’t busy kissing babies or washing the hair of voters, they’ll be busy listening – to their constituents, to local organisations, and to the media – so that they can better understand how to represent their interests. What this means is that in the weeks and months prior to the caretaker period, we have a direct opportunity to get our organisation’s hopes and desires into the ears of political stakeholders. Letter-writing is still the preferred means of political communication, so post your key stakeholders a targeted introductory letter that tells them who you are, why you are important to them, and how you can work together. For everyone else, if you have capacity, send them a generic “good luck” letter – even these don’t go unnoticed. Just be sure to buy self-adhesive stamps, licking 302 stamps (one for each sitting MP and their primary opponent) certainly isn’t fun.

It’s important to keep in mind that an effective government engagement strategy takes time to build, and the looming deadline of the caretaker period is getting closer every day. The sooner you get engaging, the better your chances that your advocacy will pay off this election.

The relationships that you build over the election period will be invaluable over the next term of government. For the MPs who get elected, you’ll have a contact within the walls of Parliament and, for those who don’t, there’s a good chance that many of them will find jobs as political staffers who won’t forget your advocacy.

Our team has prepared a detailed federal election checklist that includes:

Pro Bono Australia is also holding an upcoming webinar to talk about all things federal election, and attendees will be able to get a complimentary copy of the federal election checklist we have developed to help set the direction for your organisation’s election advocacy strategy.

About the authors: Neil Pharaoh has spent most of his voluntary and professional life in and around social purpose organisations, government, public policy and advocacy. Neil has been behind many leading social policy and advocacy campaigns on gender rights, equality, medical research and education, and ran for Parliament in Victoria in 2014 and 2018. Neil is co-founder and director of Tanck, which focuses on better engagement with government, and regularly runs workshops and advocacy sessions and advises leading social purpose organisations on their government engagement strategy and systems.

Rory Parker has spent over a decade working in politics, as a campaigner, an advisor in federal parliament, and as a policy advisor to a state government minister. With a background in advertising and communications, Rory now draws on his experience to support for-purpose organisations to advocate for funding and policy reform as a senior associate at Tanck. You can find Rory on LinkedIn where he’d be happy to chat about honing your organisation’s government engagement strategy.

Neil Pharaoh has spent most of his voluntary and professional life in and around social purpose organisations, government, public policy and advocacy. 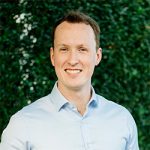