The customer is not always right…

3 February 2022 at 8:21 am
Ani Prakash
Ani Prakash reflects on what must be done to protect retail and hospitality workers, many of whom are young people, from facing increasing abuse from customers.

Ani Prakash reflects on what must be done to protect retail and hospitality workers, many of whom are young people, from facing increasing abuse from customers.

Like most Australians, I was rocked to my core by the video of a Dymocks employee being kicked down an escalator after an altercation with a customer over vaccine certificates.

As a young retail worker, this exact scenario could have happened to me or one of my co-workers. While some commentators were quick to shift the blame on vaccine mandates, the fundamental issue that the video highlights are the inherent dangers of working in frontline retail and hospitality, both in a pre- and post-COVID world.

In a recent poll, the National Retailers Association (NRA) found that 88 per cent of retail workers experienced abuse from customers. However, the severity of employee abuse is often understated, and abusive customers have been viewed as “just part of the job” of a retail/hospitality employee. Yet, when recent in-store customer altercations involving a weapon are up 71 per cent, and incidents involving physical abuse have increased 56 per cent, the urgency to act on the issue is intensified.

The additional duties of retail/hospitality workers during the Christmas period to check vaccine certificates and enforce mask-wearing only added fuel to the fire, with the NRA finding an increase of up to 400 per cent in aggression and abuse towards retail staff.

In an industry already plagued by job insecurity, slow wage growth and wage theft, the barrage of customer abuse is another factor that will add to the mental health stress of retail/hospitality workers. A 2020 study conducted by SuperFriend found that, on average, 67 per cent of retail and hospitality employers reported they had a mental illness attributed to multiple factors; however, daily verbal and physical abuse from the public played a significant factor.

And as young people make up a major proportion of workers in retail and hospitality, they are being set up to face incredibly stressful situations with not enough support.

Forty one per cent of the respondents that reported customer abuse in a survey conducted by the Shop Distributive Allied Employees (SDA), the union representing retail and fast-food workers, were young people under 18, with 71 per cent of the youth demographic being women. Young women are significantly at risk even at work of experiencing abuse, with almost one in three survey respondents indicating they received abuse of a sexual nature.

So, what can be done to tackle the abuse?

During the height of the pandemic in 2020, the SDA provided supermarket employees with a badge signifying that they are someone’s daughter/son/mother/father to humanise them as people rather than employees. Yet it should not be necessary to view someone as a daughter/son/mother/father to treat them with respect – it should be a universal right for all.

Other practices such as the potential introduction of dashcams have been floated. But while this may reduce potential altercations and provide evidence for any legal action, it still symbolises a transition into a draconian-esque future of surveillance, and it doesn’t prevent customers from abusing employees.

As SDA, NRA and Worksafe raise awareness for a safe workplace for retail/hospitality workers, legislators should listen and take action. In the SDA study, 64.3 per cent of the sample reported that they did not receive any training on de-escalating abusive customers. Furthermore, only 51.26 per cent of respondents said that reports of customer abuse were followed up. This is clearly an area where businesses need support and coordination to implement adequate procedures and train employees in de-escalation techniques in the event of a confrontation.

State governments should also establish a central reporting system for logging customer abuse incidents, strengthening post-incident procedures and creating greater collaboration between government, retailers and law enforcement agencies based on the information provided. Establishing such systems can also ensure that post-incident practices such as welfare checks by mental health nurses are available to employees if required.

As one of the pioneers of industrial law, Australia can set an example to the world for treating everyone with respect. Doing so would also set young people up for more positive experiences at work and reduce stress and anxiety. Because even if you get angry that an item isn’t in stock, or your coffee was cold, or you received the wrong amount of change, we can civilly resolve our issues rather than resort to abuse. 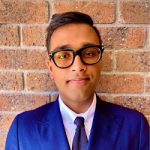