Where has the S in ESG gone?

5 April 2022 at 12:01 pm
Rebecca Thomas
There is plenty of demand for social investment in Australia. The challenges lie in supply and scalability, argues Rebecca Thomas.

There is plenty of demand for social investment in Australia. The challenges lie in supply and scalability, argues Rebecca Thomas.

The headline-grabbing offer from Atlassian CEO Mike Cannon-Brookes to buy AGL has lit up the debate about capital investment speeding up action on climate change. Scandals and royal commissions have seen a reinvigorated discussion of governance standards. Yet the thinking about the “S” in ESG in Australia remains largely in the shadows.

Goodstart’s explicit goal was to create high quality early learning for children who would benefit most, an investment in Australia’s human capital of the highest order and backed by the highest quality scientific evidence of the social impact.

It was anticipated that the transaction would kick start the growth of the social impact investment market in Australia, but sadly this has not been the case. Unlike the environmental focused investment market, which has boomed over this same period. In 2020, the RIAA estimated this to be $26 billion or 88 per cent of impact investments widely offered to Australian investors. It is clear that the scale of socially focused investments has not grown at the same pace or in the number of headlines. Although there remains an ongoing intersection between environmental and social investing, given that we know that people experiencing disadvantage are more likely to be affected by the impact of climate change.

Good work around issues like modern slavery, ensuring fair pay through supply chains as well as a long overdue focus on gender are all positive. But it seems primarily focused on risk management and shareholder advocacy on investments, rather than in deliberate strategies to enhance the social impact of investments. Unfortunately, the most famous current examples are the failures, not the successes, like the destruction of the Juukan Gorge or the breaches in anti-money laundering rules.

We know that it is not due to a lack of interest. Last week’s Asia Pacific Impact Investing Summit in Sydney included sessions on catalysing capital into social impact investments as part of an agenda covering topics across the ESG spectrum.

Demand from investors for social investment continues to grow, with a recently published RIAA report stating that for 74 per cent of Australians, social issues are important when they think about investing their money. It is the supply side that is the sticking point.

However, there is hope.

Disability housing is a case in point. There is a dire need for more affordable, appropriate housing for people with disability. Through a carefully designed scheme we are now seeing significant growth in this asset class, something SVA has also had the privilege of being involved in through the co-creation of Synergis Fund, which recently raised $137 million from Goldman Sachs. While still small in the scheme of things, we’re starting to get enough players to see scalable solutions becoming a reality.

We’re also seeing the evolution of more sophisticated ways of understanding and measuring outcomes for people – not just any house, a house that will provide a platform for participation in your community, and a stronger role for people with disability in decision making. There is no reason we couldn’t be applying similar logic to social and affordable housing more broadly, or to specific populations – such as older women at risk of homelessness, who are the fastest growing cohort in need of housing in Australia.

Across the social impact investment market there are countless other examples – innovative investments in aged care (Korongee Dementia Village in Tasmania), skills education (Catalyst Education led by For Purpose Investment Partners), mental health services (Vanguard Laundry), early childhood intervention (Newpin SA Social Impact Bond) – where there are measurable social impacts that deliver appropriate risk adjusted returns for investors. But, they’re all relatively small scale. To achieve impact of the scale Cannon-Brookes was aiming for with his AGL offer, we need scale investments in the social impact investment market too.

Some might question the role of government in these schemes – but can we really doubt the role that governments are playing in setting the rules and parameters for the way money is being invested in climate reduction investments? Coal is becoming less economically viable not because we’re running out of it but because of the investments (initially significantly backed by governments) to bring on alternative technologies. Government setting the rule to achieve positive community outcomes and co-investing where necessary is one of its key roles.

And while Australia has endured a decade of political wars on climate change policy, ironically one of the things that has helped to drive growth of investment in green technology and carbon reduction schemes is the thing being debated – improved data on the cost of abatement and a common framework for what was being priced (the externality of carbon emissions).

This gives us a clue to the real shortcoming in social impact investment, and the opportunity to bring back the “s”.

Robust and common measurements of social impact are essential, not only to the confidence in the market, but also fundamental to accountability. We’re now seeing the OECD taking up the challenge of setting benchmarks for social impact measurement in the global impact investing market. Globally, that’s where the debate is going even if it hasn’t arrived here. It’s top of mind in the UK’s much larger impact investing market – estimated to be worth GBP 58 billion in 2020 (including environmental investments) by the UK’s Impact Investing Institute – with primary drivers of future growth being institutional investors.

Many of the funds in Australia’s +$3 trillion superannuation industry have publicly published targets to get to net zero, but the funds with social outcome targets are in short supply.

The Commonwealth government has taken some positive steps including the establishment of the Prime Minister’s Impact Investing Taskforce. But sadly, it too has felt the impact of COVID with its final report never released – despite being completed two years ago. The interim report from December 2019 contained four key action areas to develop a mature and sustainable social impact investing market in Australia:

Alongside the Australian population as a whole, governments stand to benefit most from a focus on the “s”. They bear the cost of poor social outcomes and so it is incumbent on them to lead – but the market can act regardless. Private capital can’t solve every problem – nor should it – but some of the biggest social challenges we face as a community require investment at a scale which can’t be achieved without it. And at a minimum, we need a much more sophisticated understanding of how our current investments are impacting these problems and contributing to solutions. 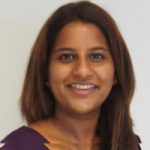 ESG analysis is important, but not the holy grail

Interest in ethical finance is on the rise, but can the market keep up?

ESG: In it for the long haul