Can we envision a government dedicated to the public good?

After more than two years of intense disruption, many Australians are re-evaluating what they want not only as individuals, but collectively as a country. Bushfires, the pandemic, and recent floods have brought communities together, but also exposed a pre-existing disconnect between government and citizens.

A federal election should bring government and citizens closer together, but the combination of campaigns and media often do the opposite.

Recently, we’ve seen targeted questions thrown at politicians, designed to make them look un-relatable and detached from average Australians. These have exposed Scott Morrison for not knowing the price of milk and Anthony Albanese for not knowing the correct unemployment rate. Adam Bandt dodged a similarly fuelled question about the wage price index – but his response was different. Bandt told the reporter “Google it mate,” going on to say that, “Elections should be about a contest of ideas. Politics should be about reaching for the stars and offering a better society”. I agree with Bandt’s sentiment. Politicians should be in touch with the lives of everyday citizens, particularly the most vulnerable – but this should be clear in proposed policy.

Who cares if Morrison knows the price of milk, if he’s not proposing to support farmers and increase wages? Who cares if Albanese knows the unemployment rate, if he won’t increase welfare support? Memorised numbers are nothing without understanding what it tells us –   about what should, or could happen.

These “gotcha” questions, and their subsequent, inevitable avoidance are part of the long culture of toxic, unimaginative politics in Australia. Imagine how refreshing it could be if campaigns were run around society’s potential – around what we want, rather than what we do not. Government and candidates have become cautious rather than ambitious, insular rather than collaborative. Where once politicians focused on the collective, they now seem to look at the individual. Once forward-thinking and ambition were key, now it’s statistics and detail.

My work with independent not for profit Australia reMADE is about supporting people to pull democracy closer, and lift expectations of government, as we encourage leaders to be ambitious, collaborative and transformative. Recently, we’ve focused on the idea of the public good: what it means and who is responsible for it. With the great climate and COVID disruptions of the last few years, my team has noticed more people asking this question: what should drive our decision-making and priorities as a country? What should we expect from government? How do we want Australians to look after each other, especially in tough times?

We decided to dig deeper into what Australians really want for themselves and their communities. What was sustaining people through multiple crises? What public good did people want to be available to everyone?

This resulted in our research project Reclaiming our Purpose: It’s time to talk about the public good. Between mid 2020 and the end of 2021, with a group of community facilitators, we ran national conversations with hundreds of different people from diverse locations, backgrounds, lived experience, and expertise. They told us what was sustaining them, and what they wanted more of – more community spaces, or different ways of doing democracy.

With no politician to elect – no product to sell – we participated in genuine dialogues grounded in respect, curiosity and the road-tested belief in the power of good questions to bring people together. We recruited several hundred participants of diverse backgrounds and political inclinations from over 45 different organisations. Our interviews and focus groups focused around two key questions:

The report findings show guiding principles for how we should make decisions as a country. Our research reveals that people are not apathetic or disengaged; they are active citizens desperate to participate in community, society and democracy, locally and nationally. It reflects an appetite to pursue the public good as a country, and have this guide our priorities.

At Australia reMADE, we are using this work to support individuals, communities, organisations and institutions to centre the public good in their work. Our focus isn’t on statistics, or asking “gotcha” questions. We choose to foreground the stories of citizens: shared desires, and the importance of strengthening communities both locally, and nationwide.

The report itself offers practical advice for policy makers and organisations to embed the public good in their work. We will also be releasing a series of other resources, focusing on issues like care, the role of business, and putting the “3Cs” of connection, care, and contribution into practice. We are currently hosting briefings for organisations wanting to learn more, including advocacy groups, universities, government departments and policy think tank forums.

Opening up dialogue between communities and leaders is essential for values to be put into practice. People want to contribute, people want to connect, and people want to feel cared for – and care for others. Instead of following our nation’s pattern of divisive, unimaginative politics, let’s move to a more creative space, where change can be implemented based on the public good. 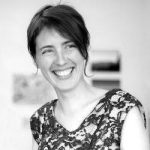 Millie Rooney is research coordinator for Australia reMADE, and has a PhD in local community and social norms around neighbourhood sharing and community building.