25 May 2022 at 3:15 pm
Margaret Quixley
The election result has transformed the political landscape. Sector advocates need to act accordingly. Margaret Quixley and Cara Schultz of Impact Collective give some pointers for navigating the new paradigm

The election result has transformed the political landscape, so sector advocates need to act accordingly. Margaret Quixley and Cara Schultz of Impact Collective give some pointers for navigating the new paradigm.

A few days on from the federal election and the grease is quietly congealing on school barbies across the country once more. It’s not so quiet everywhere else though – 21 May saw a result that not many were expecting, and the political world is buzzing with who’s in and who’s out. For campaigners at small NGOs, perpetually short on time and juggling 100 balls at once, it’s a daunting vista – who are all these people?

With a new government now in play, and dozens of fresh faces popping up in Canberra, each with their own values, aspirations, interests, and experiences, it’s a huge amount of work assessing the landscape, and understanding all the variables. At least 19 seats have changed hands in the lower house, with several still up for grabs (at the time of writing). In the upper house, eight seats are expected to be picked up with three still in doubt. Add to that the seats of retiring MPs retained by their respective parties and we’re looking at anywhere up to 50 new members and senators joining the 47th parliament.

It can feel impossible to know where to start – but with the right strategy you’ll be making inroads in no time.

The first thing to remember is that Labor hasn’t been in government for nine years, and they will have a long list of policy priorities. Unless your issue is top of their list, getting airtime in the short term will be challenging, so you need to take a longer view. While it’s essential to reach out to relevant ministers, with so much on their plate, they may not be timely in their responses. Don’t be disheartened. This is a great time to look to newly elected members (on both sides of the aisle) to bring them up to speed before their calendars are filled and priorities cemented.

Focusing on newly elected backbenchers in the first 100 days can be highly strategic given they have more time and are more likely to give your cause a hearing. They may also play critical roles on parliamentary committees in future; or have more capacity to participate in formal functions like parliamentary friendship groups. This group also has more freedom to negotiate within the party line and the ability to advocate within the party room – so while you might not be able to make inroads with a portfolio-holder, perhaps they can?

Regardless of whether they hold a majority or minority government, Labor is expected to take just 25 seats in the senate, so the crossbench should also be in your sights.

While the Green and teal landslide is set to shake things up, don’t assume because we have a more “progressive” Parliament that they will automatically champion your cause – you still need to invest in building solid relationships and making a compelling case.

Minor parties and independents will hold the balance of power, and it goes without saying that every man and his dog will be wanting a piece of their time. So, how do you achieve cut-through?

Recognising that they will be in high demand and have smaller (and possibly less experienced) staffing teams will go a long way to building trust and rapport. NGOs on the frontline can act as a valuable source of knowledge and expertise, so positioning your organisation as offering this rather than asking, is a great way to stand out from the pack.

Next, learn about the people with whom you’re engaging. Demonstrate your understanding of (and interest in) their background – joining the dots between what they care about and what you’re advocating for shows respect.

While public statements will offer clues, the first speech given to parliament is an insightful and efficient way of understanding where new politicians are coming from. It’s commonly used to outline an individual’s aspirations and philosophies, often pointing more directly to what their motivations and priorities might be, and what positions they may hold in future.

Use this information to reach out to them as early as possible with a (succinct) hook to your issue. Make sure you are clear about why they should care about it, not just why you do. Is it prevalent in their local electorate and can you localise data to prove it? Or is it something that a large portion of their community cares about, or something you believe they personally would (or could) care about with more information?

Be sure to position your organisation’s expertise too: who are you and why should they listen to you? From where do you draw credibility or authority?

Finally, what do you want them to do about it? This may seem self evident to you, but depending on who you’re engaging with, there are a wide variety of actions they could take. Being as clear, direct and concise as possible is essential for building strong relationships and getting ahead in the new parliament. 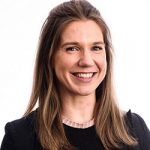 Margaret Quixley is the Founder of Impact Collective an organisation helping small NGOs increase their impact. She is passionate about democratising power, and equipping people and organisations to make the world more equitable and just. 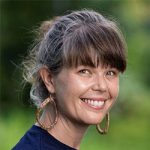 Cara Schultz is Impact Collective’s Communications Specialist. The cornerstones of her practice are environmental justice and human rights, and she has a passion for telling stories that make a difference.