18 May 2022 at 9:57 am
Polly Cameron
Citizens’ assemblies could drastically change our political system for the better, argues Polly Cameron, director of Change Politics.

As we hurtle towards the end of another frenzied federal election campaign, feelings of frustration, disdain, hopelessness or even embarrassment at the antics and behaviours of the elected leaders of this country would be understandable.

I often hear the refrain, “we just need better leaders”. But what if, instead, we had a better system? Something that changes the very conditions for democracy in this country?

Take a moment to imagine an alternative policy-making method. One that’s collaborative, instead of combative, and combines a diverse range of voices in the room – not just from a skewed demographic – free from the corruption of money and access.

Think that sounds impossible? I thought so too. But something like this already exists, in the form of citizens’ assemblies (also known as citizens’ juries, citizens’ panels or mini-public). These are a tried and tested method for solving wicked political problems, and they’re catching on around the world. Even the OECD is reporting on what they call, “the deliberative wave”.

The truth is, better leaders won’t fix the system. We could have more altruistic people in politics, but they’d still be churned up in the same system – because, ultimately, it’s the system of elections at the heart of our problems.

It’s this fight for survival that is eroding our democracy. The systematic necessity to win means prioritising fundraising and donations, maintaining party lines, factions, and dealing in back-room arrangements. So while our politicians get better at playing this game, they get worse at solving the problems that matter to us.

These election incentives have come to dominate the political theatre, and cannot be the basis for making the challenging, long-term decisions needed as we face the complex problems ahead.

Reasoned judgement and considered ideas need to be heard and prioritised more than ever, rather than people who have greater access to power through money and influence.

Politics is due for an overhaul, and this eternally short-term focus on elections is stymying our way forward. By implementing an alternative decision-making process that’s free from the election cycle and the stranglehold of power, we can build greater trust in our democracy and ensure our system is genuinely representative.

Citizens’ assemblies elegantly address the abundance of unhealthy democratic symptoms we see in democracy at the moment. The lack of diverse representation is countered through the use of a “democratic lottery”, where members of the community affected by a decision are chosen by lottery and then stratified. This ensures the final group is a genuinely representative mix of people based on a few key demographic markers like age, gender, geography and education.

The issues of integrity, influence and money in politics are removed when the decision makers don’t need to campaign to be re-elected. Citizens participate in an assembly once, so they don’t need to worry about their public image, polling, donations or making their opponents look bad.

Plus, the rise of misinformation is tackled when you bring a mix of people together with plenty of time, access to a range of experts and diverse sources. And when people are respectfully facilitated through a process where they hear other people’s stories and experiences, and are taught about confirmation bias and critical thinking, it acts as an antidote to polarisation.

These sorts of processes, which have been snow-balling worldwide (OECD’s data has a record of 574 completed projects now and counting), have a powerful and positive impact on the participating group and our society at large.

A citizens’ assembly helps by-pass a political stranglehold to take action, and research has shown a dramatic increase in civic and political trust in democracy, something that’s been steadily declining in Australia.

More and more countries recognise the climate as an urgent issue, a challenge which traditional politics seems unable to meet. We’ve already seen countries like Scotland, France and Denmark bringing citizens together, chosen by lottery, to deliberate and discuss ways to address this problem. Further along, places including Paris and Belgium are beginning to institutionalise a permanent role for everyday people in decision making.

Most people are sick of leaving to chance whether their vote in the ballot box on that one day every few years will have the kind of outcome they wish to see. What citizens’ assemblies offer is a way to foster democracy for the other 1,000 days and ensure that everyday people get a say on decisions that affect them.

And while we still have this system that promotes competition and politicians caring about numbers above all else, we can use that to our advantage.

Change Politics, the awareness campaign about citizens’ assemblies, captures the public’s support to show that people do care and are ready for something different.

By knowing that there’s a better way to do democracy, we don’t have to stumble our way to the next federal election, shouting at our TV, or blocking it out altogether. Instead, we can fight to make a difference. It’s not time for better leaders – it’s time to challenge the status quo. It’s time to change politics. 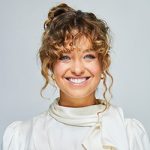 Polly Cameron is the director of Change Politics, which was created to get the voting public demanding a better system to progress difficult topics – one that brings a mix of different people together and allows them to have a say on the issues that affect their lives.

Did we have a ‘greenslide’ or a ‘One Nation/Palmer/Katter slide’ this election?