For over 75 years, the idea of the “great Australian dream” has captured the nation’s imagination and played a leading role in the construction of our national identity, how we define success, and what it means to be Australian.

The family home: a traditional symbol of hard work and self-discipline, a force for economic stability and a by-product of egalitarianism. Today, it is actually a very narrow view of what housing could be for Australians, including how and to whom we facilitate access to “good homes” – homes that provide housing for people to get ahead in life, without limiting their opportunities and agency.

This “great Australian dream” focuses almost solely on the ownership of property as the dominant vehicle for housing accessibility, at the expense of more innovative, effective alternatives – like socially innovative housing projects. According to data released in December of 2021, there were over 100 applications for housing in Victoria’s Barwon region during the Christmas 2021 period, indicating an increasing demand for accessible housing amid continued calls for a summit to address the topic.

Australian society’s increasing diversity exposes the simplistic view of housing accessibility perpetuated by the “Aussie dream”, which is effectively locking marginalised Australians out, while (upper) middle-class aspirational homeowners and investors corner the market.

We must broaden our definition of the “Aussie dream” if we are to respond to a growing cluster of issues around access to housing, to ensure we maintain our prosperity, stability and resilience as a nation, and for everyone who makes up our diverse population. Australia has outgrown its approach to housing accessibility. It is run down and dated, has become too limited, and is no longer fit for purpose.

For over a generation, Australian governments have proven astonishingly effective at not only managing the tension between Australia’s property haves and have-nots, but exploiting it for political gain. This is evident through the implementation of self-serving policy initiatives, dominated by blunt fiscal instruments, such as the first home owners grant, which governments – federal and state – have employed in various forms since the 60s.

The reductionist nature of this approach is a win-win for governments, because it is easily communicable to voters and appeases actual and aspirational homeowners. On the one hand, it maintains the status quo of steady price growth for those already with a foothold in the market. It also placates those looking to enter the market, by recognising and affirming their exceptional plight and offering a false sense of support.

While these schemes are recognised as politically astute, there is a growing chorus of economists and industry voices pointing to their ineffectiveness in achieving their objectives – increasing home ownership, affordability and accessibility more broadly. As government money floods the market, prices become artificially inflated, usually by a magnitude comparable to the value of the original incentive.

Of course, this renders the initiative redundant, pointless and often counterproductive.

Australia has navigated the pandemic with limited economic damage compared to most nations, having weathered the disastrous effects of the global financial crisis to ensure the “economic miracle” that was 20 years of uninterrupted economic growth for the Australian economy. Our responses to the pandemic and GFC are evidence we have the ingenuity and resources to more efficiently tackle issues of housing accessibility through the development of comprehensive, inclusive and innovative social policy – policy that values and facilitates the greater good, ensures better outcomes for people, and maximises the return on our public investment.

Australian governments’ ability to think outside the box when dealing with social issues during times of crisis is encouraging. However, during “peacetime” we have a history of falling asleep at the wheel of prosperity. We miss our chance to develop and implement innovative long-term policy visions that meet the increasingly diverse needs of modern Australian society.

Alternative financial instruments, project funding and delivery models that prioritise housing accessibility and/ or extend opportunities for home ownership – such as build-to-rent and rent-to-own schemes – have emerged in recent years. However, while these newer models show far greater promise than the old first home owners grant, their scope remains narrow and, once again, prioritises the needs of an aspirational middle class over the broader issue of access to a home, capable of supporting people to get ahead in life, regardless of socio-economic status.

We must replace the great Australian dream with a new reality – one that extends our definition of accessible housing. It must include the relatively modest dreams of marginalised Australians who now sleep on a couch so their children can sleep in a bed having a permanent roof over their heads, regardless of who owns it.

We will only achieve this new reality by placing greater value on the development of alternative accessibility initiatives, such as institutional renting and shared equity finance models, among other possibilities. 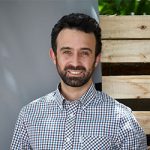 Brugh O’Brien is Principal: Future of Home at The Australian Centre for Social Innovation