Labor promised a better future. Now what? A perspective from a young Australian

1 June 2022 at 3:02 pm
Ally Cooper
The newly elected Labor government strikes a more progressive note than its predecessor, but sadly lacks in some key areas. Will they deliver? Ally Cooper puts the ALP on notice.

Print
Labor promised a better future. Now what? A perspective from a young Australian
1 June 2022 at 3:02 pm

The newly elected Labor government strikes a more progressive note than its predecessor, but sadly lacks in some key areas. Will they deliver? Ally Cooper puts the ALP on notice.

I never used to care about politics until I joined Run For It and began researching issues regarding First Nations people, climate change policies (or lack thereof), and how the government handles our taxes – to name just a few. Through all of my research consuming thought-provoking social media posts, and my extinction of faith in humanity, I came to one final conclusion: ScoMo needed to go – and honestly, the whole Liberal party needed to go.

With their numerous cuts to our health care system, their refusal to accept climate change’s existent threat, and their anti-LGBTIQA+ religious policies that favour outdated excuses for discrimination, the Liberals proved how out of touch they had become with modern Australia, and young people. It feels like we dodged a bullet.

And while Anthony Albanese and Labor have promised “a better future” to improve Medicare, pledged to pay workers more, and committed to improving the connection between First Nations people and non-Indigenous Australians, I see them as the lesser of two evils. Unfortunately, Labor’s retention of the Coalition’s stage three tax cuts means there’ll be billions of dollars less to improve Medicare, fix aged care, or make income support like Youth Allowance and JobSeeker liveable. Casual workers continue to be pushed aside, especially during the widespread pandemic, since there is no longer payment for needing to take seven days off work, if impacted by COVID-19.

I knew deep down inside that the Greens would not win as a major party, but I still have hope seeing the teal independents gain seats. They may not be a major party, but as a collective of mainly women, we really need them in this Parliament, and not just for diversity. Both the Greens and the teals want stronger action on climate change, integrity in our federal politicians and want better action against gendered discrimination at work and in government. Some of the teal independents are former members of the Liberal party, and left due to opposing views. Without them, the Coalition wouldn’t have been pushed to commit to a stronger and faster transition to zero net-emissions by 2035 (15 years earlier than Earth’s deadline).

There are other issues where I want the Greens and teal independents to influence the new government. We could have better drug reform policies and programs that provide safer, more helpful, and less judgemental environments for drug users, to treat addiction in Australia. It’s an issue that affects about 42 per cent of young people, and seems to go unnoticed by the other two parties. And honestly, I trust the Greens more than the “blues” and “reds” to handle climate issues, since they’ve literally emulated the colour of nature, whether intentional or not.

As a young person who has struggled throughout COVID-19 (like everyone else), I want to see more free, affordable and accessible health care – something severely lacking during the various lockdowns – now that restrictions have eased. I’ve been put on two-year waiting lists, and paid almost $100 out-of-pocket for therapy appointments. Under Labor or Liberal, I guess the Australian government thinks it is my fault for having medical issues, especially during and after a pandemic. I haven’t gone for a dentist check-up in years, simply because I can’t afford to. Only God knows how many cavities are in this mouth.

I do have to give both Labor and the Greens props for keeping their senators as diverse as they could. Penny Wong is the foreign affairs minister for Labor. With Indigenous representative Patrick Dodson as the senator for Western Australia, and Malarndirri McCarthy representing the Northern Territory, Labor proves their commitment to providing voices for First Nations peoples.

Even though Morrison wore his cool Hawaiian shirt with pride, his actions proved otherwise. His determination to prioritise religion over the literal rights of gay and trans people, and unwed or single mothers, made him really uncool. Thankfully we won’t have to listen to any more ukulele renditions, and I can finally get Dragon’s April Sun in Cuba out of my head.

My hope for Australia now is that the little people can finally be looked after, instead of the politicians, billionaires, and companies that run the show – that hard blue-collar workers are paid a fair wage, that young people will have a future to look forward to, not dread. I hope that our Indigenous peoples are protected both in their homes and in custody, and that our land remains sacred. I want an Australia where everyone feels safe and supported to move forward in the good times and bounce back from the hard times, no matter where they’re from or their circumstance. 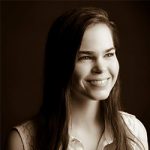 Ally Cooper volunteers at Run For It, and is a content creator who likes writing about politics and pop culture.