The importance of giving circles in contemporary philanthropy

23 June 2022 at 11:15 am
Christine Darcas
Christine Darcas has been involved in Australia’s giving circle movement since 2014. She believes their benefits are worth highlighting.

Print
The importance of giving circles in contemporary philanthropy
23 June 2022 at 11:15 am

Christine Darcas has been involved in Australia’s giving circle movement since 2014. She believes their benefits are worth highlighting.

Giving circles, or collective giving groups, have become, and continue to develop as, a significant grassroots philanthropic movement. After their introduction in the United States in the 1990s and early 2000s with groups such as the Washington Women’s Foundation and Impact 100, they have gained popularity in Australia so that at least 14 giving circles exist throughout the country.

On the surface, the concept of a giving circle can seem simplistic. A giving circle is an entity through which people pool their resources – usually with their membership fees – and grant those funds to causes their members are passionate about.

Scratch the surface, however, and the benefits for everyday citizens wanting to create meaningful change, and for our broader community, are multiple and potentially powerful. This is because, at their core, giving circles offer concerned individuals a democratised, participatory and relatively accessible model for making a meaningful contribution to community impact.

Philanthropy has long been considered the realm of the wealthy. Very few of us have the high net income to donate funds of the magnitude that will, for example, significantly strengthen a not for profit’s capacity to deliver its services in an area meaningful to us.

Through pooling the funds individuals pay to become a giving circle member – plus, in some cases, donations from non-members – giving circles enable a member’s donation to be part of a bigger amount that can create that stronger impact. So, while a concerned person who wants to contribute to community change may not have $100,000, their donation can help make a $100,000 difference, such as enabling a not for profit to hire a key manager to help ensure its operational effectiveness or develop a new program that expands its services into regional areas.

Supporting and learning about a cause

Giving circles not only give their members the opportunity to support a cause they’re passionate about, they also help them learn more about the issues underpinning that cause. Many giving circles provide an educational element – through in-person or online events with sector experts, for example – to provide this learning. In the process, members are often introduced to not for profits operating in their cause areas.

There are multiple benefits to this. Participants become more informed and discerning donors, enabling them to make confident and satisfying decisions when voting for the recipients of the giving circle’s funds. More broadly, this knowledge strengthens their capacity to be responsible and effective donors in their overall personal giving, whether it be financial or the delivery of pro bono services. Not-for-profit organisations also benefit by having a group of potentially interested donors become aware of them.

Knowing your giving is going to evaluated organisations

As part of its governance, a giving circle should be assessing the calibre and potential of a potential grantee. This may include, for example, evaluating an organisation and its proposed activity against a range of criteria, such as the organisation’s compliance with the Australian Charities and Not-for-Profits Commission’s requirements and the extent to which the need for the proposed initiative is evidence-based and its implementation well thought-out and feasible. This can remove a lot of the uncertainty a potential donor might otherwise have when considering how to support a cause they’re passionate about.

Having influence in how the funding is directed

A key feature of giving circles is that each member has a say, often through a vote, in how the funding pool will be spent. This special democratisation of the philanthropic process provides members with an enhanced opportunity for engagement, control and satisfaction in driving how the giving circle makes a difference within the community.

While all of these are common characteristics of giving circles, their structure and operation differ depending on members’ preferences. They can be large or a small group of friends, range in donation levels, be volunteer-run, have professional staff and/or corporate sponsors, be part of a community foundation or be entirely independent.

Whatever their structure, giving circles channel more funding into philanthropy and create a larger number of informed, engaged donors, turning collective giving into collective action for our community’s benefit. 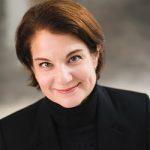 Christine Darcas is executive officer of the Melbourne Women’s Fund. She is passionate about leveraging collective giving to further accessible, effective and responsible philanthropic practice for the benefit of donors and the not for profits they want to assist.

Philanthropy and the abortion postcode lottery

Start-up matching donors with charities gets ready to launch

Giving together to reimagine Australia