Abolishing the Cashless Debit Card is a good first step

My home town of Shepparton remains the only income management site in Victoria. The Basics Card system cost a lot to set up in Shepparton, has involved a relatively small number of people and evidence of positive impacts is hard to find.

Review of compulsory income management and the abolition of the Cashless Debit Card provides an important opportunity to consider a bigger question. How did Australia’s Social Services legislation, meant to provide support to our most vulnerable, become a vehicle for punishing benefit recipients, effectively turning them into second class citizens?

See also: Can the Cashless Debit Card evolve from being a blunt compliance tool?

The receipt of a Commonwealth benefit should not be used as a trigger to strip away other rights and protections available to everyone else. During various stages of development and operation, that is exactly what compulsory income management has done. In its first iteration in the Northern Territory, via the Basics Card, income management deliberately limited or removed rights under the Racial Discrimination Act and the Privacy Act.

The application of the Racial Discrimination Act to income management had been reinstated by the time the Cashless Debit Card commenced, although it still disproportionately impacts Aboriginal and Torres Strait Islander Peoples. Privacy rights have continued to be curtailed, while the faux “market” nature of the Cashless Debit Card ignored key consumer rights normally applicable under the Australian Securities and Investments Commission Act and the Australian Consumer Law.

The basic construct of the Cashless Debit Card system underlines how different the choice of a savings account has been for those required to participate. The Commonwealth government inserted itself between the benefit-recipient customers and the financial services provider, telling the provider what could be in its contracts and how they would operate. Worse still, the message for customers (or conscripts) was that they were free to choose not to participate, provided they could live without access to most of their income. An application system for seeking exemption that would have done Joseph Heller (the author of Catch-22) proud, emphasised to participants that in order to access normal rights, they had to re-establish personal worthiness.

The Cashless Debit Card provides an obvious example of welfare status being used as a mechanism to constrain or punish compulsory participants. It is not unique however. The Robo-debt fiasco was similar, allowing government to avoid normal prerequisites for alleging the existence of a debt and then chasing its collection. The ill-fated plan to drug test welfare recipients would have followed a similar course, had it not been blocked in the Senate.

This is not an argument about reasonable rules to access benefit incomes. Establishing and maintaining eligibility does raise questions about what is fair and appropriate, but it is a separate conversation. If you are eligible, receiving a benefit should not entitle the Commonwealth to wipe away legal rights, using social security laws as a form of community detention. Abolishing the Cashless Debit Card and other forms of compulsory income management would be a great first step. Preventing similar misuse of legislative power in the future would represent much greater progress. 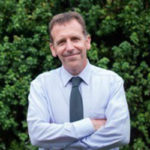