28 July 2022 at 5:00 am
Ray Yoshida
In part four of our Dear Commissioner series, Ray Yoshida of the Hands Off Our Charities alliance, which represents over 100 organisations, asks the new head of the ACNC to end the climate of fear in which charities are operating.

Print
Dear Commissioner: Hands Off Our Charities alliance
28 July 2022 at 5:00 am

In part four of our Dear Commissioner series, Ray Yoshida of the Hands Off Our Charities alliance, which represents over 100 organisations, asks the new head of the ACNC to end a climate of fear in which charities are operating.

Congratulations on your appointment to the ACNC at this historic juncture. The Hands Off Our Charities alliance believes deeply in the importance of the ACNC as a steward for our sector. We look forward to working with you on the opportunities and challenges before us.

Your appointment couldn’t come at a more important time. Charities are not only a bedrock of our communities and our economy, but they are part of the very fabric of Australia’s democracy. While election cycles come and go, it is through charities that so many people participate in making decisions affecting their lives and their communities. And charities often act as a voice for community needs and aspirations to decision-makers, ensuring that people’s lived experience is considered in policy making.

But the role that charities play in our democracy has been under threat. Previous governments have tried to undermine the ability for charities to advocate, whether through changes to deductible gift recipient (DGR) eligibility, changes to electoral laws or the ACNC governance standards. Since 2017, the Hands Off Our Charities alliance has worked to hold this at bay, with many successes.

Recent commitments made by Assistant Minister for Charities Andrew Leigh to “end the war on charities” is a welcome sign of a significant change in approach. But it’s not enough to just end the attacks. We need a sector that is genuinely empowered to advocate for change. And how the ACNC engages with charities has a significant influence on how empowered they feel to speak out.

One of the most common conversations I have with charities is about their concerns that they may face penalties from the ACNC for engaging in advocacy. “Are we allowed to contact the cross-bench?” “Can we tweet about the March4Justice?” “What would happen if one of our volunteers attended this protest?”

There are organisations working tirelessly to educate and empower charities about how to engage in lawful advocacy, including JusticeConnect and the Human Rights Law Centre. But the fact is that they can only do so much. A climate of fear has been created. And when charities are afraid to speak up, it’s our democracy that suffers.

The ACNC has an opportunity to change this climate and genuinely empower. But instead of guiding charities, we’ve heard alarming stories about how the regulator has reinforced charities’ fears through the way it has engaged with them.

Most of these charities fear going on the public record. Which is why it was significant when Carolyn Frohmader, longtime CEO of Women With Disabilities Australia, decided to take a stand.

Speaking to the Saturday Paper, she recounted her experience of receiving correspondence from the ACNC demanding extensive paperwork on short timeframes, with minimal explanation as to why it was needed. She described feeling frightened and as though she must have done something wrong despite having been highly diligent with meeting all of WWDA’s formal requirements.

While the ACNC eventually closed WWDA’s case without any compliance action, this begs the question of what happens to charities who aren’t in a position to push back or don’t receive legal advice. I’ve heard charity CEOs say they felt like they were criminals. The vast majority of charities are doing the best they can on a shoestring budget.

Of particular concern is how the ACNC, as part of its review in public benevolent institutions (PBIs), seems to be reversing the onus of proof in its communication with some charities by assuming that they are not eligible to charity or PBI status unless they prove otherwise. In the last financial year there were dozens of the charities that ‘voluntarily’ revoked their charity status or one of their charity sub-types even though they continue to operate. How many of these organisations did this when they didn’t strictly need to, because the ACNC gave the impression they were not eligible?

Respect and a presumption of honesty are listed as key values in the ACNC’s regulatory approach statement. But this isn’t reflected in the experience of charities like WWDA who’ve been reviewed by the ACNC in the past 12 months.

It’s time for a culture shift at the ACNC to properly reflect its stated values and approach so that it can play a leading role in empowering charities to engage in lawful advocacy for the betterment of our democracy. 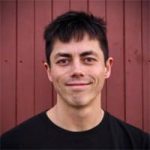 Ray Yoshida is the coordinator of the Hands Off Our Charities alliance, representing over 100 organisations across the not-for-profit sector.