Respecting and reinforcing the principle of self-determination for First Peoples is the fundamental way forward to address centuries of injustice experienced by Aboriginal and Torres Strait Islander people, and the ACNC could do a lot more to advance this principle.

Oxfam Australia strongly supports this principle and many community-based, First Peoples organisations and charities that are transforming lives. Self-determination is at the heart of the UN Declaration on the Rights of Indigenous Peoples, and countries with similar colonial histories like the United States have made self-determination the guiding principle in their work with First Peoples.

Self-determination in Australia can be witnessed in action in the thousands of community-based and controlled businesses and organisations that operate to address the needs and priorities of communities. This is in contrast to the top-down approaches to service delivery and governance that has prevailed in this country.

While many of these organisations are incorporated and operate under the federal Corporations (Aboriginal and Torres Strait Islander) Act (CATSI), which oversees 3530 Indigenous corporations, the same degree of focus on Indigenous-owned and controlled charities can’t be found in the work of the ACNC. For example, a search of your website allows people to find that there are 25,831 charities that “help” Aboriginal and Torres Strait Islander communities, but it doesn’t tell us anything about the home-grown, community-based charities that are controlled and operated by First Peoples.

I acknowledge that the ACNC has an information page for Aboriginal and Torres Strait Islander charities, and Aboriginal liaison officers, but there seems to be a compelling case for you to operate a specific engagement program to strengthen and highlight the role of these charities.

The ACNC’s Aboriginal and Torres Strait Islander Communities Engagement Strategy outlines some worthy aspirations and exhibits an understanding of the historical and contemporary context from which First Peoples establish and run charitable organisations. It acknowledges “…the important role they play in the provision of culturally appropriate services addressing the social and economic disadvantage experienced by many Indigenous Australians”. However, First Peoples want their organisations to engage in advocacy as well, so they can shift the balance of power and resources.

An excellent example of this is the work of the Council of Peaks in developing the new Closing the Gap targets. Oxfam welcomes the governance training and education programs but I believe these should be developed in collaboration with First Peoples, so that appropriate references to culture, language and frameworks for Indigenous peoples are considered. There is a role for the ACNC to provide cultural information to non-Indigenous Australians so they are informed and educated about how First Peoples charities might choose to partner. Further, there is a strong case for embedding the principles in the International Convention on the Elimination of All Forms of Racial Discrimination (ICERD) in all charities – especially those providing services to First Peoples.

As the new commissioner, if you closely examine the way the ACNC works in this space and operate with the principle of self-determination in mind at all times, we will all be empowered to make more of an impact in improving the lives of First Peoples.

To read all the parts of the Dear Commissioner series after their publication, click here. 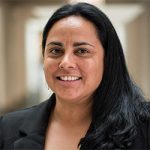