Anthony Albanese, Penny Wong and Pat Conroy’s immediate regional forays into the Indo Pacific following the election are a sign of the amount of repair work needed to lift Australia’s leadership credentials in the region following a decade in which the foreign aid budget was cut by 31 per cent.

In a positive sign, Peter Dutton recently lent bi-partisan support to Labor’s efforts at the Pacific Islands Forum to regionalise joint security. But defence and diplomacy are just two legs of what Eisenhower and foreign policy specialists have called the “three D’s”: defence, diplomacy, and development, also known as foreign aid.

This three D doctrine was established after the second world war, as a way to stabilise the post-war world, with development being particularly important in helping tackle problems in areas like health and education, and in that way to help win hearts and minds. To develop regional friendships between peoples and nations.

Australia’s national interest demands that development and aid is treated seriously and reckoned with in decades, rather than election cycles, and that there is bi-partisan support for aid and development programs, particularly at a time when China has larger ambitions in the region.

The Coalition and Labor need to be in lockstep to ensure foreign aid does not become a political play-thing. A major criticism of the Morrison government was the politicisation of aid; using it as a line of credit for domestic economic and political purposes. That approach led to a dramatic drop in aid and a consequent fall in influence of middle-power Australia on the regional and global stage as evidenced by the recent China-Solomon Islands security question and Morrison’s solo appearance at Glasgow.

As the 12th wealthiest nation in the world, it’s a bad look to be making significant cuts in aid when the region is suffering from some very serious crises as a result of global warming and global health pandemics, but it also leaves a leadership vacuum in the region which others can step into.

With China using a number of instruments from aid, to trade and security to advance its interests, Australia can’t afford to be caught out in development support. The costs of parsimony in foreign aid right now are too high.

While America emerged strong after the second world war, producing half of the world’s manufacturing, Europe and other nations were in ruin and the political situation highly unstable. The Marshall Plan, where the American government provided $15 billion in aid to war ravaged Europe, was designed to stabilise the situation and bring nations into the western embrace. There was a recognition of how important aid was to winning hearts and minds.

We need to recognise that the world right now is in flux; from climate induced natural disasters and rising sea levels, to pneumonia killing 50,000 people annually, to the crisis in Sri Lanka caused in large part by the war against Ukraine.

On top of the cuts to foreign aid is the problem of ill-directed spending. For example, Australia gave $65 million to the Solomon Islands to build a chancellery for Australian diplomats, rather than contributing targeted health money that would benefit the nation’s people.

One of the greatest areas of need in the Pacific and Asia Pacific Rim is healthcare, notably tackling pneumonia which is the world’s biggest killer of children. It’s in these areas of direct and high impact that a lot of aid support and focus could go.

Somewhat perversely, Australian social enterprises have developed life-saving and low-cost health technologies which can be cheaply rolled out to both prevent and treat pneumonia in our region, yet for some strange reason it’s nations on the other side of the world like the UK who are funding the roll-out of these Australian technologies and programs in our region.

FREO2, established at Melbourne University, produces oxygen concentrators that help people suffering from pneumonia, but without access to electricity, to breathe.

With neighbours like Indonesia industrialising at a rapid rate, we expect to see more pneumonia and more demand for oxygen every year. With simple but highly effective and affordable technology we can help hospitals and health facilities to deliver oxygen to patients whether they have access to electricity or not.

On one of the other major concerns for our region, climate change – and its attendant floods, rising sea levels, earthquakes and mudslides – there are again Australian for-purpose organisations providing low-cost technology solutions to deal with the impacts of climate change.

Australian social enterprise ATEC* provides clean cooking technology to replace wood burning (a practice that creates more carbon emissions than the global airline industry) in Cambodia and Bangladesh; while Australian for-purpose organisation Classroom of Hope uses plastic waste to build houses and schools swept away as a result of floods and mudslides caused by global warming.

We have the technology, we have the organisations, we even have a government funding vehicle in the form of the Emerging Markets Impact Investment Fund (EMIIF) that can fund the roll out of this life-saving technology. What is missing is consistent, reliable and bi-partisan support for funding such programs. 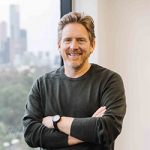 Simon Lewis is chair of the Australian International Development Network and founding partner at GoodWolf Partners.