This month in ESG: The world’s largest plant, bringing down the cost of EVs, and enhanced climate targets

Print
This month in ESG: The world’s largest plant, bringing down the cost of EVs, and enhanced climate targets
5 July 2022 at 4:43 pm

Terence Jeyaretnam takes us through the top 10 ESG markers for June 2022, in his monthly column.

“ESG markers” – like biomarkers that tell us how healthy our body may be – show us the big movements in the field of ESG in Oceania and globally. Here (in no particular order) are my top 10 from June 2022.

(If I happen to miss some key markers in a particular month. Just drop me some comments, and I will pick them up next month!)

Western Australia will cut whole-of-government emissions to 80 per cent below 2020 levels by 2030, using a range of initiatives. The target will apply to emissions from all government agencies in WA, including transport, health and education, and emissions generated by government trading enterprises.

A key initiative is that state-owned Synergy will exit coal-fired power generation by 2030. This will include a $3.8 billion investment in new green power infrastructure. The state government has also committed to not building any new natural gas-fired power stations after 2030.

US Customs and Border Protection (CBP) will begin to implement the Uyghur Forced Labor Prevention Act’s provisions to prohibit imports made in Xinjiang by forced labor into the United States. President Biden signed the act into law on 23 December 2021, after it passed with overwhelming bipartisan support in the United States Congress, underscoring US’ commitment to combating forced labor everywhere, including in Xinjiang, where genocide and crimes against humanity are considered ongoing.

Albanese government to set up an Office of Climate Threat Intelligence

In a document submitted to the UN outlining Australia’s new 2030 emissions target, the Albanese government confirmed it would order “an urgent climate risk assessment of the implications of climate change for national security, which will be an enduring feature of Australia’s climate action”.

This is likely to be led by the Office of National Intelligence and the Department of Defence. The work will likely involve a focus on the Pacific. The Australian government’s updated climate plans include talking with the Pacific about jointly hosting a future international climate conference. The government also plans to make an annual statement to parliament about climate policy, progress against national targets and international developments.

Labor government to bring down the cost of EVs

Some electric vehicle models should become cheaper from 1 July, with the Albanese government confirming it will honour a promise to provide exemptions from certain federal taxes from the start of the month. The import tariff levies a 5 per cent tax on cars brought to Australia from overseas manufacturers. This initiative should help cut the cost of vehicles imported from Japan, South Korea and most of Europe. Additionally, a proposed fringe benefits tax exemption is likely to cut the effective cost of electric vehicles by as much as $12,000 – and should have flow-on benefits for the second-hand EV market.

IFRS Foundation and VRF vote to approve consolidation from 1 July

The trustees of the IFRS Foundation and the board of directors of the Value Reporting Foundation (VRF) have voted to approve the consolidation of the VRF into the IFRS Foundation, effective 1 July. To this effect, VRF board directors Barry Melancon and Richard Sexton will become observers to the IFRS Foundation trustees meetings. Other VRF directors, Alan Beller, Else Bos, Jane Diplock, Steve Gunders and Bob Herz will be part of a newly formed IFRS Foundation Transitional Advisory Group, effective July 2022. CEO of VRF Janine Guillot will serve as special advisor to International Sustainability Standards Board (ISSB) chair Emmanuel Faber.

Philip Sutton, who passed away this month aged 71, was a pioneer of the climate emergency movement and a powerful influence on environmental campaigners in Australia and internationally.

Over the years, I had the privilege of being on many panels with Philip, and was always awed by his passion and inspiration around urgent climate action. This understanding was expounded in his 2008 book Climate Code Red: the Case for Emergency Action, written with David Spratt, which codified the term “climate emergency”.

Sutton was an assistant director of the Conservation Council of Victoria (now Environment Victoria) and worked as a councillor for the Australian Conservation Foundation from 1973 to 1976 as well as from 2009 to 2015. He was an initiating member of the movement that led Darebin City Council in Melbourne to become the first local council in the world to declare a climate emergency, and played a leading role in the international campaign that has resulted in more than 1,000 local, regional and national governments to follow suit. He was the architect of the ground-breaking Victorian Flora and Fauna Guarantee legislation passed in 1988, the first of its kind, which became the model for wildlife legislation around Australia.

Before the industrial revolution in the late 19th century carbon dioxide levels were at 280 parts per million, scientists said, so humans have significantly changed the atmosphere.

The National Oceanic and Atmospheric Administration said its long-time monitoring station at Mauna Loa, Hawaii, averaged 421 parts per million of carbon dioxide for the month of May – more than 50 per cent higher than pre-industrial times – and is at levels not seen since millions of years ago when Earth was a hothouse ocean-inundated planet. NOAA said carbon dioxide levels are now about the same as 4.1 to 4.5 million years ago in the Pliocene era, when temperatures were 7 degrees (3.9 degrees Celsius) hotter and sea levels were 16 to 82 feet (5 to 25 meters) higher than now. South Florida, for example, was completely under water. These are conditions that human civilisation has never known. At the same time, a new study published in Nature Climate Change revealed a considerable intensification of winter storms in the Southern Hemisphere. The study illustrates that climate projections for the coming decades are graver than previous assessments.

Finally, another new study, published in the journal Nature Climate Change, finds that the Atlantic Meridional Overturning Circulation (AMOC) – the current which ferries heat between the equator and the Arctic like a giant liquid conveyor belt, and helps regulate weather patterns throughout the North Atlantic – appears to be slowing down. In fact, recent research has found that it’s currently at its weakest point in the last 1,000 years.

In research published in Proceedings of the Royal Society B, scientists have revealed the world’s largest plant off the Australia coast – a seagrass meadow that has grown by repeatedly cloning itself. Genetic analysis has revealed that the underwater fields of waving green seagrass are a single organism covering 70 square miles (180 square kilometres) through making copies of itself over 4,500 years.

The Australian government has lodged an updated Nationally Determined Contribution (NDC) with the United Nations Framework Convention on Climate Change (UNFCCC) secretariat. This is part of Australia’s obligations under the Paris Agreement.

The government is looking to legislate this target. Meanwhile, the UK has committed as part of its recent Carbon Budget to legislate a 78 per cent emission reduction target by 2035 compared to 1990 levels. This is a more ambitious revision of its previous commitment of 68 per cent by 2035.

The government’s comprehensive set of policies also include:

The Albanese government will introduce a mandatory climate disclosure regime, Minister for Climate Change and Energy Chris Bowen has confirmed. While in New Zealand, the Financial Sector (Climate-related Disclosures and Other Matters) Amendment Act 2021 will require around 200 large financial institutions covered by the FMC Act to start making climate-related disclosures. Affected organisations are expected to publish disclosures from financial years commencing in 2023, subject to the publication of climate standards from the External Reporting Board (XRB). These climate reporting entities include: 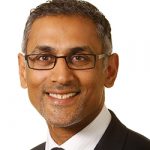 Terence is a Partner with EY’s Climate Change and Sustainability team based in Melbourne and EY Australia’s Reconciliation Leader. An environmental engineer and an environmental and sustainability advisory and assurance specialist, he acts as a Senior Advisor for SASB (Sustainability Accounting Standards Board) in Australia He is also an advisor to SAARI Collective, a media start-up connecting South Asians Australians write their own stories.