Please, Not Another Charity!

1 March 2016 at 9:03 am
Sue Murray
People thinking of starting a new charity should partner with an existing one instead, writes Sue Murray, CEO of Suicide Prevention Australia.

People thinking of starting a new charity should partner with an existing one instead, writes Sue Murray, CEO of Suicide Prevention Australia.

In all my years of working in the Not for Profit sector, first with The Cancer Council NSW, then National Breast Cancer Foundation (NBCF) and now Suicide Prevention Australia, I have had the humble honour of meeting thousands upon thousands of community fundraisers and individuals with the passion and drive to make social change.

I always welcome time spent with people to share their stories, empathising with the pain they have endured and talking through the lessons they feel can be learnt from their lived experience. However, increasingly, these conversations often end with a call to action that I struggle to support. That is, a desire to affect change through starting their own charity.

Did you know that the Australian Taxation Office (ATO) gets at least five requests a day from people applying for DGR (Deductible Gift Recipient) status?

Many of the fantastic charities and foundations we have in this country today started with one person, their lived experience and their desire to make a difference. I, and many others, will be eternally grateful to those people for the hard work they have put into growing these from the ground up.

But, I believe we have now reached a point where, if people want to make a positive contribution, there will be a way to do this in line with their personal values and objectives, in partnership with someone already working in that space. Starting a new charity is not the answer.

Why you shouldn’t start your own charity.

Today there is an unprecedented number of charities and community based organisations seeking to fundraise and solicit donations to deliver their own charitable work. There is no denying that this will continue to grow.

There is a clear opportunity to bring opportunities to the table to relieve the strain of charities seeking DGR approval from the Australian Taxation Office (ATO). Here are my top three reasons as to why I think people should first consider partnering with an existing organisation rather than start your own charity.

1. You may spend a lot of time on the process but not actually make it through the two step gateway for DGR status. Currently, you need to get approval from both the Australian Charities and Not-for-profits Commission (ACNC) and the ATO. Put plainly, this is extremely time consuming. Furthermore, a number of charities registered with the ACNC have been denied endorsement by the ATO, leaving applicants with limited options to proceed.

2. You may spend most of your time administering rather than making change. Charities with DGR status are required by law to report on their transactions in a timely manner to ensure their funds are used appropriately to fulfil their charitable goals. The ACNC recently revealed that more than 10,000 charities face losing their DGR status and may face penalties for failure to submit their Annual Information Statements (AIS) on time. The process takes time and small charities have limited resources as it is. After all, time is money!

3. There is no guarantee your status will remain active once granted. Charities are currently having their DGR status reviewed, and in some cases revoked, so rather than adding to the pile, why not consider another way?

What are the alternatives to starting your own charity?

Smaller organisations and individuals should look at how they can leverage the resources of larger charitable organisations with existing DGR status, to reduce administrative time and duplication of processes.

The time and cost savings mean that organisations can allocate their resources more effectively to achieve their charitable goals, and the ATO will spend less time processing approvals. Joining forces also means less voices trying to be heard in the public “marketplace”.

In reality, the government sector alone is not enough to manage the growing number of charitable organisations in Australia. Suicide Prevention Australia is an advocate for larger established organisations empowering smaller organisations to deliver community-driven initiatives that focus on areas of proven strength.

Not unreasonably, the Australian community have high expectations of charities to ensure that resources and funds are used appropriately. We should do everything we can to ensure the goodwill and generosity of the Australian public continues with transparency at the forefront.

If you are an individual wanting to contribute, do some research into small or large organisations already working in that space. The odds are that there are a number of organisations working to similar objectives. It is simply a matter of finding the right fit for you.

After years of seeing a growing number of charities being established, we saw the need to offer alternative structures for small organisations and individuals. Suicide Prevention Australia has a pilot Ambassador program starting this year, with the kind participation of three of our longstanding community supporters and suicide prevention advocates. We are grateful for their collaborative spirit in trialling this new approach to community driven suicide prevention.

Ben Higgs from the Rise Foundation, Joe Williams from the Enemy Within and Lived Experience Network advisor Lauren Breen will formally be joining SPA as Community Ambassadors this year. They will continue to operate in their own right, under their own brands, doing important work in their communities and chosen demographics. The key difference is that instead of them each registering their charity, they will be operating in partnership with Suicide Prevention Australia from an administrative perspective.

Donations and sponsorship received by them for their agreed suicide prevention activities will be received into an SPA managed fund, leaving them free to focus on the delivery of their respective programs. Suicide Prevention Australia will also work with them to ensure suicide prevention key messages and best practice are implemented within their programs and speaking engagements. Part of this will entail connecting them to appropriate training opportunities. We have also built regular reviews into the agreement so that all parties can give honest and timely feedback on the pilot as it progresses over the next 12 months.

Time will tell if this arrangement is the answer. But, if we are all working towards a shared goal of reducing suicides in this country, surely we must take the most efficient and effective route to doing so. Alternatives to starting up new charities must be sought.

Seek out alternative structures on offer in your area before starting your own charity.

Take some time to research what others are doing in a similar space to avoid duplication and charity fatigue in the community.

Our pilot agreement is just one way of contributing. You could partner with another like-minded organisation on a specific fundraising or awareness event. You could look to become a regular volunteer and use your skills to contribute to an existing charity that can’t afford to buy in such expertise. Finally, if you still want to go down the charity avenue, you could look at being auspiced by a large organisation or set up a similar agreement to our Ambassador pilot. The key is to first explore all alternatives.

About the author: Sue Murray’s background in education and health promotion has underpinned a career spanning more than 25 years in the community sector leading programs in education, media, communications and fundraising. After 10 years leading the National Breast Cancer Foundation, Murray built on her experience to establish the George Foundation for Global Health. She is currently the CEO of Suicide Prevention Australia. 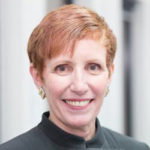 Sue Murray is the CEO of Suicide Prevention Australia.