6 April 2016 at 8:49 pm
Brett Williamson
come for free. The report’s results show that, despite indications that Australia’s participation in volunteering is in decline – in 2014, the ABS General Social Survey found that 31 per cent of Australians had clocked volunteer hours that year, compared to 36 per cent in 2010 – Australia is still a nation of volunteers who love to give back to our community.

Volunteering Australia’s bi-annual national conference kicks of in Canberra, and CEO Brett Williamson outlines the future road for volunteering and some of the barriers to participation.

With most predictions pointing toward a federal election just months away – and the federal budget announcement also brought forward to 3 May – it is fitting that Volunteering Australia kicks off the biannual National Volunteering Conference with the nation’s volunteer managers and volunteers converging on the nation’s capital.

Over the next few days, representatives of the volunteering workforce from across Australia’s charitable and Not for Profit sectors will come together to hear from thought-leaders and weigh up the issues that matter most to them.

It’s a discussion that will carry particular weight in these coming weeks and months, and will feed into Volunteering Australia’s advocacy strategy for this election campaign.

Central to that discussion will be the views of the 2,304 people who were surveyed for Volunteering Australia’s newest State of Volunteering Report, which we officially launch at the this National Volunteering Conference .

The report highlights, once again, that volunteering is a commitment to Australia’s national interest that does not come for free.

The report’s results show that, despite indications that Australia’s participation in volunteering is in decline – in 2014, the ABS General Social Survey found that 31 per cent of Australians had clocked volunteer hours that year, compared to 36 per cent in 2010 – Australia is still a nation of volunteers who love to give back to our community.

Yet the absence of reliable resourcing for volunteering and in particular, volunteer management is a growing concern that has the potential to impact on Australian volunteering levels into the future.

Volunteers themselves indicate that the biggest barriers to volunteering in the future were work commitments (27 per cent) and the overbearing cost of out of pocket expenses (also 27 per cent).  Administrative red tape was also a deterrent.

Another key finding of the report is that volunteers are not hearing back from volunteer involving organisations about opportunities fast enough, and that this deters them from participating. Though there is still much to do to address this problem, online platforms such as the EV CREW spontaneous emergency volunteering portal in Queensland and its sister program in Victoria, HelpOUT, together with national platforms such as GoVolunteer, are great examples of innovation in volunteer recruitment.

Volunteering Australia is always eager to see growth in the number of people participating in volunteering – but the mismatch created when volunteer numbers grow whilst funding for volunteer management does not, is a genuine oversight.

We have seen this demonstrated in recent years, with a federal campaign to increase the number of volunteers in the aged services resulting in 55 per cent growth between 2000 and 2009, but a 2011 Productivity Commission report calling for matching additional funding for volunteer management in the aged services, going unheeded.

As those of us in the sector well know, the reality is that new volunteers do not simply walk into site, pick up tools and get to work. Volunteering programs require effective recruitment, training, program development, management and oversight in order to be successful. These things can only be delivered through adequate funding.

Volunteering Australia’s recent Pre-Budget Submission touched upon these concerns, calling on the Government to address inequalities in federal funding for volunteering programs as compared to other programs resourced under the Department of Social Services.

Whilst the government has declared longevity to be a focus of their DSS grants restructure, and recently agreed that five-year funding agreements were the optimal approach to ensure stability in the social services, in 2015 volunteering programs were awarded with DSS grants of just twelve to eighteen months in length.

Volunteering Involving Organisations and Volunteer Support Organisations are rightly concerned by this inconsistency and will be watching the 2016/17 Federal Budget with great interest, hoping that the volunteering community continues to receive the growth in federal support it requires to deliver robust programs that benefit the national interest.

Volunteering Australia will be distributing the findings of the State of Volunteering Report to our nation’s leaders, and as the federal election approaches, we will continue our campaign to Australia’s federal representatives, asking them to recognise the value of volunteering.  We hope that you will join us.

About the Author: Brett Williamson has been the CEO of Volunteering Australia since October 2013. For the previous six years, he was the CEO of Surf Life Saving Australia (SLSA). He holds qualifications in human movement studies (BHMS Ed), a Bachelor of Education and a Corporate Director’s Diploma. 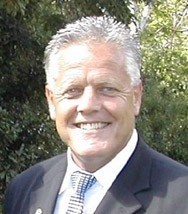 Brett Williamson has been the CEO of Volunteering Australia since October 2013. For the previous six years, he was the CEO of Surf Life Saving Australia

The end of 'voluntourism' and the rise of skilled volunteers

Volunteering in a time of COVID