23 May 2016 at 11:29 am
Tess Hardy
Tess Hardy, lecturer in law at the University of Melbourne, looks at how the Coalition and Labor plan to tackle worker exploitation in this country should they win the upcoming election, in this article that first appeared in The Conversation.

Print
Coalition and Labor Moving On Worker Exploitation, But Potential Loopholes Remain
23 May 2016 at 11:29 am

Tess Hardy, lecturer in law at the University of Melbourne, looks at how the Coalition and Labor plan to tackle worker exploitation in this country should they win the upcoming election, in this article that first appeared in The Conversation.

Both the Coalition and Labor have now pitched their proposals on how to better tackle worker exploitation in this country. While neither party’s policy is perfect, strengthening laws in this area is a big win for workers, no matter who ultimately wins government.

The Coalition’s policy, much like Labor’s policy, recognises the need to enhance the enforcement provisions of the Fair Work Act. Both parties have now also promised to bolster the powers and resources of the Fair Work Ombudsman. These proposals represent important steps in the right direction, but some lingering loopholes remain.

For instance, the Coalition, in contrast to Labor’s current position, proposes to extend liability to franchisors and parent companies for contraventions committed by their franchisees and subsidiaries respectively. This is crucial because it provides the regulator with the power to strategically target those firms which may be driving employers to act unlawfully. However, it is not without some weak spots.

For a start, this proposal is confined to two specific sets of commercial arrangements – franchises and corporate groups. In limiting liability in this way, it fails to deal with employment contraventions which routinely arise in other work configurations, including supply chains and labour hire.

Under the Coalition’s proposal, supply chain heads, principal contractors and host firms may remain untouched. This omission is concerning because the Senate, along with others, has found that the procurement policies and sourcing practices of major companies, such as Coles and Myer, may have perpetuated employer non-compliance among smaller contractors in their supply chain. This includes in the cleaning, trolley-collecting, poultry processing and horticulture sectors.

Under its newly minted policy, the Coalition also proposes to pierce the corporate veil only where the relevant firm, “should reasonably have been aware of the breaches and could reasonably have taken action to prevent them from occurring”. My forthcoming research into alternative liability models in Australia and overseas broadly supports this type of approach.

Forms of duty-based liability, premised on standards of reasonableness, are often best placed to deliver the type of proactive and diligent behaviour that the Fair Work Ombudsman increasingly expects and demands from lead firms. In comparison, strict liability regimes – such as that previously introduced by the Greens – are more easy to administer, but are less able to account for the diversity of contractual relationships, the circumstances in which workplace contraventions have taken place and the vulnerability (or otherwise) of the employees.

However, the Coalition’s policy also suggests that franchisors will not be caught by these provisions where they “have taken reasonable steps to educate their franchisees…about their workplace obligations and have assurance processes in place”. This exclusion is not only too broad, it is misdirected.

For example, the employment contraventions committed by 7-Eleven franchisees were generally deliberate. Enhanced education would do little to curb calculated non-compliance of this type.

It’s also possible that, notwithstanding its evident failings, 7-Eleven head office may have escaped liability under these provisions. It already had various training, support and oversight mechanisms in place (and yet these measures were clearly ineffective in preventing or deterring the franchisees’ illegal conduct).

Further,the proposed exclusion appears to overlook one of the key problems raised in the 7-Eleven case – under the relevant business model, the financial viability of many franchisees hinged on the adoption of illegitimate, cost-cutting measures, namely systematic exploitation of migrant workers.

While it is crucial to ensure that any extension of liability remains workable in practice, it is equally important to guard against so-called “cosmetic compliance”. That is, where firms are seen to be doing something to combat exploitation, but are not really changing much at all.

By comparison, Labor’s policy – which was released well before 7-Eleven’s latest change in position – tends to focus less on the responsibilities of lead firms and more on ensuring that the employer entity, and key individuals sitting behind the corporation, are held accountable. For instance, Labor promises to tighten up provisions relating to “sham contracting” where employees are disguised as self-employed contractors to avoid protective labour laws. It also intends to crack down on “phoenix” behaviour where the assets of one company are shifted to a new company in a bid to escape employment-related liabilities.

To achieve this, Labor proposes to make directors personally liable to rectify underpaid wages and superannuation. It also intends to arm the Fair Work Ombudsman with the power to seek disqualification orders against directors who deliberately do the wrong thing.

While there are a number of issues which need to be worked over and ironed out, it is pleasing that parties across the political spectrum are now set to move on a problem which has been neglected for far too long.

About the author: Dr Tess Hardy joined Melbourne Law School as a lecturer in 2014. Her teaching and research interests include employment law, contract, regulatory compliance and enforcement. 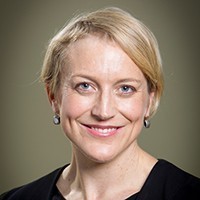 Tess Hardy is lecturer in law at the University of Melbourne.