9 May 2016 at 10:17 am
Jeff Borland
The federal government’s new PaTH program to help young people transition into work needs greater planning to achieve success, writes Jeff Borland, Professor of Economics at the University of Melbourne, in this article originally published in The Conversation.

Print
Extra Steps Required to Ensure Jobs Plan Delivers for Young People
9 May 2016 at 10:17 am

The federal government’s new PaTH program to help young people transition into work needs greater planning to achieve success, writes Jeff Borland, Professor of Economics at the University of Melbourne, in this article originally published in The Conversation.

The government’s Youth-Jobs PaTH program to increase jobs, announced in the budget, is a step in the right direction but its success will depend on a number of factors.

The program will see young jobseekers receive six weeks of pre-employment training followed by a subsidised internship for four to 12 weeks. Employers can then choose to retain interns for a longer period, again supported by a wage subsidy.

While any move away from the discredited Work for the Dole program might be seen as a good thing, the PaTH program has already attracted controversy. Employer groups have expressed support for the program but the ACTU has argued that it will deter job creation and allow employers to exploit young workers by paying below-award wages.

Will PaTH work for all job seekers?

A program such as PaTH is likely to work best for young job seekers with a medium level of disadvantage to getting work – who need some polishing of their job seeking skills and an opportunity to demonstrate to an employer that they can perform well in the workplace.

For job seekers who aren’t at a disadvantage in finding work, PaTH may be much more than is needed for them to obtain a job. The danger is that if these job seekers are allowed to participate in the program, they will be chosen by employers for internships before other job seekers with higher levels of disadvantage. Employers will then receive a subsidy for a worker they would have been willing to hire at the award wage; and internships won’t be going to job seekers who would benefit most.

For this reason, the restriction of the PaTH internship scheme to job seekers who have been in employment services for at least six months is sensible – as would be any further measures to ensure the program cannot be accessed by job seekers who might easily find work.

At the other end of the spectrum, the type of assistance in PaTH will not be enough to make disadvantaged job seekers, such as those who are homeless or have language and literacy problems, job ready. Genuine assistance for this group requires funding service providers to work with them for a longer period and support them during the internship.

Because PaTH won’t enable more disadvantaged job seekers to become job ready, it follows that employers won’t be willing to put them into internships. Instead they will languish and still be forced to undertake Work for the Dole once their unemployment spell reaches 12 months.

Where will the internships come from?

Subsidy programs have a history of low take-up rates. Even with the offer of a subsidy, experience shows employers (quite reasonably) are only willing to take on job seekers who are job ready, so it has often proved difficult to meet targets for placements.

An example of this is the Job Compact from the mid-1990s. Initially it was planned to give 70 per cent of long-term unemployed work experience via wage subsidies, but eventually only 30 per cent were able to be placed. More recently, the Victorian Government’s Back to Work program had to be restructured following low take-up. So it will be important to find effective ways for creating internships.

Getting the internships right

The incentives to participate in PaTH for job seekers and employers will depend on the structure of payments and on the labour market benefits they receive (for job seekers this benefit is work experience, and for employers is the possibility of finding a worker who they would like to retain).

So far there has been considerable focus on whether the income support supplement to job seekers of $100 a week during the internship is fair and likely to motivate them to participate. Another aspect is the $1,000 payment to employers.

Another critical aspect of the internship is the type of job placement. Any work experience in the private or government sector work will bring some valuable development of skills. And even where it doesn’t lead to a longer-term job offer, there is the benefit of being able to obtain a reference. At the same time, it is easy to envisage the quality of internships, and hence their benefit to job seekers, varying widely. For that reason, some standards for what is expected from an internship should be part of the program.

How many extra jobs?

Wage subsidy programs will bring a small amount of extra job creation while they are in place. In some cases, the offer of a subsidy may be sufficient to convince an employer of the need to create a new job. However, the evidence on these programs is that in most cases employers will substitute a worker receiving a wage subsidy for another worker who they would otherwise have hired.

Once the subsidy scheme is over, any effect on job creation disappears. So the best way for a government to create extra sustainable jobs is by doing all it can to promote economic growth.

About the author: Jeff Borland is Professor of Economics at the University of Melbourne. In 2010 he was Visiting Chair of Australian Studies at Harvard University, and he has also held visiting positions at ANU, University of Iowa and University of Wisconsin-Madison. 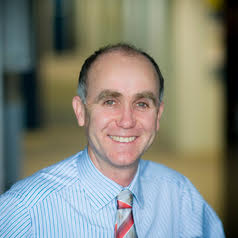 Jeff Borland is Professor of Economics at the University of Melbourne