27 June 2016 at 10:04 am
Phil Lewis
When comparing the Coalition’s Youth Jobs PaTH internship scheme and Labor’s Working Futures scheme, professor of economics at the University of Canberra, Phil Lewis, finds there is not much to separate the plans, in this article which first appeared in The Conversation.

Print
Little Difference Between Labor and the Coalition’s Jobs Programs for Young People
27 June 2016 at 10:04 am

When comparing the Coalition’s Youth Jobs PaTH internship scheme and Labor’s Working Futures scheme, professor of economics at the University of Canberra, Phil Lewis, finds there is not much to separate the plans, in this article which first appeared in The Conversation.

Labor and the Coalition have both put forward plans to boost employment for young people but the plans are both based on the same economic reasoning and are little different.

Both the Coalition and Labor seek to improve the employability of unemployed youth by providing basic work skills which in turn help them to increase profit for businesses.

The essence of the Coalition’s Youth Jobs PaTH internship scheme is that firms will be paid $1,000 to take on young, unemployed people as interns for up to 12 weeks and a further payment of between $6,500 and $10,000 if they hire them full-time. Interns will receive $100 a week on top of their welfare payments.

The Labor proposal is part of its Working Futures scheme. Its major features are a six week “work readiness” course covering essential personal presentation, interview techniques and job hunting, a six-month work placement with an employer (paid at a training wage, a percentage of the award wage) and a Certificate III in a subject of their choice on successful completion.

The differences in the two schemes are mostly in their design although at first sight the Labor plan doesn’t offer as much incentive to an employer to take on young workers, as that of the Coalition. It’s also difficult to see why you would need six months of training in the basic skills which should already be covered by Job Services Australia.

Businesses determine the demand for labour and the most important factor in this is wages. Businesses will employ more people (or increase hours of employment) as long as the extra revenue generated exceeds the extra cost of employing them. Therefore, extra output and extra employment requires a fall in labour costs.

Unemployment is not a problem for most young people – it is concentrated among the most disadvantaged. This group has little or no skills or work experience. The chances of being unemployed are much higher if a person lives in a lower socioeconomic area and if a person’s parents have a lower level of education.

These young people are unemployed because, given their lack of skills and/or training, businesses can’t find anything profitable for them to do at the institutionally set wage which legally businesses must pay. It may also be the case that the wage that businesses would be willing to pay (in the absence of minimum wages) in order to profitably employ them would not be attractive enough for the unemployed given the level of social security benefits they would get if they didn’t work.

Contributing to youth unemployment is a combination of external shocks. Globalisation and an increase in the use of technology have significantly changed the nature of demand for labour, while certain inflexibilities in the labour market, such as rigid wages and employment conditions in awards, have prevented adjustment to these demand changes. The effects of this can be seen in the relative growth in service sector employment, the growth of part-time and casual work, the relative decline in demand for manual skills and the growth in demand for knowledge-based and people skills.

To encourage young people to go for jobs, under Labor’s policies they are paid more than they would get on the dole – a trainee wage. For a 17 year old in the retail sector is about $10 per hour. This is compared to the Coalition’s $100 per week plus social security benefits. The exact amount depends on a number of factors but for someone under 18 living with parents the Youth Allowance is $237 per fortnight.

Already critics are pointing out potential problems. They point to the danger employers will simply take advantage of cheap labour without real jobs resulting at the end of the subsidy period.

This would certainly weaken the impact of the schemes but the policies will still provide opportunities for young people to be exposed to work experience, to develop networks, self-confidence and skills on the job that could lead to a job.

Another criticism is that businesses will employ subsidised workers in place of those they would have employed anyway, resulting in no net increase in employment. However both policies still have value in correcting for the exclusion of the most disadvantaged from the labour market that exists now.

About the author: Professor Phil Lewis is the director of the Centre for Labour Market Research (CLMR) and professor of economics at the University of Canberra. Lewis is among the best-known economists in the area of employment, education and training in Australia and is the author of over 100 journal articles, books and book chapters. Apart from a distinguished academic career he has worked in government and has produced a number of major reports for the private and public sectors. He has an extensive track record of economic analysis and econometric analysis. He has over 30 years experience of management of research projects in universities and in government research organisations such as BLMR and ABARE. He is Past National President of the Economic Society of Australia, Past President of the Western Australian and Canberra branches of the Society and in 2008 was made Honorary Fellow of the Society for his contribution to the economics profession. 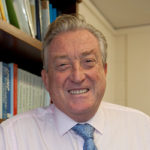 Professor of Economics at the University of Canberra.