How the NDIS is Disrupting the Culture of Largesse in NFPs

7 June 2016 at 10:33 am
Natasha Hudson
Not for Profits with head offices not based in the National Disability Insurance Scheme trial sites will tell you they’re ready for a 1 July start up, but disability consultant Natasha Hudson is not convinced.

Not for Profits with head offices not based in the National Disability Insurance Scheme trial sites will tell you they’re ready for a 1 July start up, but disability consultant Natasha Hudson is not convinced.

On the eve of the NDIS roll-out, beyond the trial sites, we have yet to see the full impact of this major social change on the disability sector.

The change is by no means an easy feat. Not for Profits have a huge task in front of them. The transition from block funding to a user-pays model is as much cultural as it is operational.

The tyranny of distance

I am most concerned for NFPs with head offices not based in trial sites. They will tell you they’re ready… but I’m not convinced.

Head offices outside of trial sites seem out of touch with what is happening on the ground. They are blinded to the realities of delivering services in a market environment.

These organisations are simultaneously running two business models: block funding and user pays. The problem for these organisations is that the block funding mentality persists over attempts for lean and agile models. Where trial sites are attempting change, head office is stifling their efforts and charging exorbitant shared service administration fees for the privilege.

Stealing from Peter to pay Paul

The history of the government contracts appears to have indoctrinated a habit in the sector where funding from one area of the organisation props up others. Accountability measures (as they were) also created the environment for NFPs to become accustom to paying scant regard for demonstrating value for money or measurable outcomes.

As a result, NFPs are behaving more like governments that apply largesse rather than organisations relying on the delivery of quality services efficiently to make ends meet.

In the NDIS world order, largesse will no longer be possible (let alone acceptable)

But I don’t reckon head office has realised this yet.

NFPs continue to maintain top-heavy organisational structures which are not viable. Luxuries like having vehicles and advisors, specialists, clinicians on salary is unlikely to be sustainable (organisations can barely afford to train their staff as it is, but that’s another story).

It will likely take a “crisis” to ruffle the feathers of those ostriches who have their heads buried in the proverbial sand. When the block funding stops, head office will be forced to listen.

Only then, will they begin to understand the true financial risk that their organisation faces.

No matter how long you wait, the fat will need to be shed. Without a doubt, people will be upset and even protest.

You will need the right vision and the right people with the right skills and the right attitude to see opportunities (not obstacles) and deliver innovative solutions (not problems).

Make the necessary changes to achieve positive outcomes for people with disability, delivered sustainably. Stay true to your values. Just do it better.

Ready or not, the NDIS is coming

About the author: Natasha Hudson moved to Canberra from Canada where she drafted accessibility regulation for the Ontario Government. In Canberra she was an adviser to COAG’s national disability reform agenda with the ACT Government in 2010. She has represented government on national working groups and advised senior executives and ministers on a range of issues, including the implications of the NDIS in response to the Productivity Commission inquiry and subsequently as part of their consideration of becoming a launch site. Hudson has relocated to Newcastle where she has been contracting with for-profit and Not for Profit organisations affected by the NDIS. 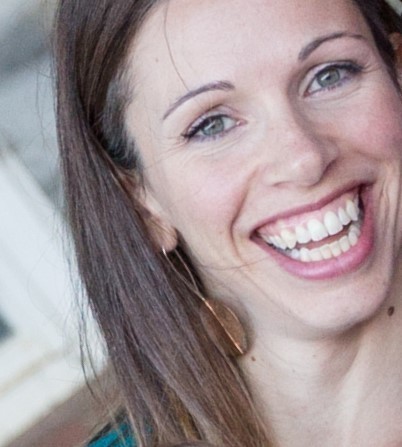 Natasha Hudson is principal strategist at Coforte Consulting. Her mission is to make For Impact the norm.