30 August 2016 at 11:18 am
Luke Beck
Legal marriage is not telling religious groups what they can or can’t do, but blocking it will impact on religious freedom, writes Luke Beck constitutional law lecturer, in this article that first appeared in The Conversation.

Print
Marriage ‘Inequality’ Is a Threat to Religious Freedom – and It Is Probably Unconstitutional
30 August 2016 at 11:18 am

Legal marriage is not telling religious groups what they can or can’t do, but blocking it will impact on religious freedom, writes Luke Beck constitutional law lecturer, in this article that first appeared in The Conversation.

A core issue of that debate is the idea, propounded by those who support existing marriage laws, that amendments to the Marriage Act will presage an attack on religious freedom and people of faith in the Australian community. This could not be further from the truth. It is actually marriage inequality that threatens religious freedom.

Marriage equality is not a threat to religious freedom

If a particular minister has a religious objection to divorcees remarrying, a divorcee seeking to remarry needs to find another minister or a civil celebrant. They cannot sue for discrimination.

Legal marriage equality is not an attempt at telling religious groups what they should or should not believe or who should be allowed to participate in their religious ceremonies.

Marriage inequality is a threat to religious freedom

Such ministers and such religions exist in Australia. But the Marriage Act says those ministers of religion cannot solemnise those unions.

The act also goes further and makes it a crime to hold a separate religious marriage ceremony unless the couple has first been legally married. Since being legally married is not possible for same-sex couples, it is a crime for a minister of religion to hold a non-legally binding religious marriage ceremony for a same-sex couple.

If an opposite-sex couple wants a religious marriage ceremony first and then a legal ceremony later, that is also a crime. It is the same with the situation where the couple does not want a legal ceremony because they are happy to be legally de factos.

The penalty is a $500 fine or imprisonment for six months. Although there have been no cases of it happening, a minister of religion in Australia can be sent to prison simply for holding a religious marriage ceremony for a same-sex couple.

These crimes may well be unconstitutional. Making it a crime to have a religious marriage ceremony for a same-sex couple looks rather like prohibiting the free exercise of those religions that accept same-sex marriage.

Two High Court constitutional cases are relevant. In a case in 1912, the High Court held that compulsory military training for teenage boys did not prohibit the free exercise of religion even if a boy had religious objections to military training. The High Court said the training had “nothing at all to do with religion”. The boy remained free to practise his religion.

The situation with the Marriage Act crimes is different. A religious ceremony has everything to do with religion.

In the Jehovah’s Witnesses case in 1943, the High Court held that the free exercise of religion was not absolute. It held that the Constitution did not protect activities seriously prejudicing the war effort even if performed in the exercise of some religion.

Again, the situation with the Marriage Act crimes is different. There is no justification for criminalising a harmless religious ceremony, which everyone knows has no legal effect, but which may have religious significance for the participants.

Ministers of religion who support marriage equality would be able to challenge the Marriage Act crimes in the High Court. They would stand a good chance of winning.

There are lots of reasons to support marriage equality. Religious freedom is one of them.

About the author: Luke Beck is a lecturer in constitutional law at Western Sydney University. Beck is a leading scholar in the field of separation of religion and state and religious freedom under the Australian Constitution. 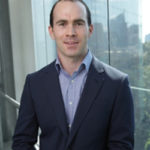 Luke Beck is a lecturer in constitutional law at Western Sydney University.