13 October 2016 at 8:48 am
Paul Tavatgis
Face-to-face fundraising is vital to changing the lives of many Australians in need, writes Paul Tavatgis, CEO of the Public Fundraising Regulatory Association.

Face-to-face fundraising is vital to changing the lives of many Australians in need, writes Paul Tavatgis, CEO of the Public Fundraising Regulatory Association.

Donations earned by face-to-face fundraisers alleviate suffering, save lives, end sickness and avoid environmental catastrophes both here and around the globe. This is vital work.

Every month, 30,000 generous Australians sign up to monthly giving through face-to-face fundraising. The average supporter donates $30 per month for an average of up to five years. Half of all charitable donations come from regular givers, with the majority sourced by a face-to-face approach.

Australians are giving people, and the charities that deliver services to those most in need, are extremely grateful for this support. However the reality is that, generous as they are, people still need to be asked before they will give. In fact, nine out of 10 charitable donations are prompted by a charity asking for money. Charities don’t have the funds to advertise the way that businesses do. They must use other ways of engaging with people, including face-to-face fundraising, always ensuring that these methods are the most effective use of limited resources.

The people who collect face-to-face donations are passionate, motivated and well trained. They have a hard job, but they are driven to make a difference. Face-to-face fundraising is not just an avenue to raise essential funds, it is a critical way for charities to provide a personal connection with the causes that can affect our family, friends, neighbours and workmates.

The fundraisers themselves do this work because it is more meaningful than other employment. They have a job where they engage people in conversations about things that matter. These are real conversations between real people about real issues. Many of these powerful conversations result in acts of generosity that are a force for goodwill in our communities.

The Fair Work Ombudsman’s inquiry into fundraising, announced last week, will help Australian charities to get it right as they go about collecting funds for their important work. The ombudsman is best placed to assist charities to make sure all fundraisers are lawfully engaged and the Public Fundraising Regulatory Association (PFRA) supports this approach.

Fundraising is regulated at state and local government level and the PFRA provides an additional layer of self-regulation for face-to-face fundraising, which is used by many of Australia’s largest and most loved charities.

The PFRA actively works with members to support and improve levels of voluntary compliance across the board. Many charities are already engaged with the issue of workplace compliance and are self auditing their operations to ensure they are meeting requirements.

Organisations self audit because their face-to-face fundraisers are one of the most public and visible expressions of their work and their reputation. Fundraisers are a critical connector between the everyday person on the street and the credibility and standing of the organisations they represent.

The issues that face-to-face fundraisers present us with are often confronting and can make some of us uncomfortable. That is part of the reason street fundraisers can be seen negatively. Do you want to duck out of the office to grab a coffee and be confronted by the problem of homelessness? Understandably, probably not. The courageous people who start these conversations must be supported by the organisations they represent not just to raise funds, but to tell stories, to share ideas and to promote solutions, when sometimes these issues can seem overwhelming.

Remember as well, if you don’t want to stop and chat you don’t have to – a polite “no thanks” should be enough to end a conversation. If you’re ever unhappy with your face-to-face fundraising experience let the charity know – they will want to hear.

The fundamental principles of face-to-face fundraising involve informing, exciting and inspiring people to be part of a bigger movement for a better society. That’s no bad thing.

About the author: Paul Tavatgis has been working in the not-for-profit sector for almost 20 years, including roles with Amnesty International, with Cornucopia, a leading face-to-face fundraising agency, and also as a consultant. Paul is now the chief executive officer of the PFRA, which has the mission of ensuring the long-term sustainability of face-to-face fundraising through setting and enforcing of standards. 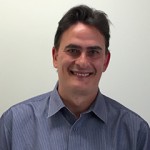 Paul Tavatgis is the CEO of the Public Fundraising Regulatory Association.