Relationships, Respect and Trust Key to Engagement with Indigenous Employees

17 October 2016 at 11:22 am
Lisa Annese
A lot can be done to build workplaces that make the most of Aboriginal and Torres Strait Islander talent, writes Diversity Council Australia CEO Lisa Annese.

Print
Relationships, Respect and Trust Key to Engagement with Indigenous Employees
17 October 2016 at 11:22 am

A lot can be done to build workplaces that make the most of Aboriginal and Torres Strait Islander talent, writes Diversity Council Australia CEO Lisa Annese.

Have you ever really considered the implications of ticking yes to the question, “Are you Aboriginal or Torres Strait islander?” on an employment form? For some Indigenous Australians, the decision to share their heritage to employers and colleagues has been, and continues to be, a difficult one, as we heard at the recent launch of Diversity Council Australia’s new Building Workplace Capability for Indigenous Australia network.

Back in 2013, DCA’s Closing the Work Gap research found, amongst other things, that organisations had much work to do to create inclusive working environments where Aboriginal and Torres Strait Islander people feel safe to identify as such. Part of the problem was that many non-Indigenous Australians have little knowledge about Indigenous history and culture. While the broader implementation of Reconciliation Actions Plans (RAPs) has gone some way to improving this, there is still a lot more that can be done to build workplaces that make the most of Aboriginal and Torres Strait Islander talent.

Through our new network, proudly supported by Lendlease, we are keen to improve understanding of Indigenous cultures and issues and build organisational capability in this area – as well as encourage stronger relationships between Indigenous and non-Indigenous Australians within our member organisations.

Darryl Monaghan, general manager of RAPs at Reconciliation Australia, who spoke at the network launch, believes the social context and environment for change needs to improve.

“According to Reconciliation Australia’s The State of Reconciliation Report, despite continued challenges, there is an increasing desire among Australians for a deeper understanding of Aboriginal and Torres Strait Islander histories and cultures, and a more unified nation,” Monaghan said.

“Reconciliation Action Plans are designed to turn this goodwill into action, committing organisations to establishing practical and meaningful social change and economic opportunities built on relationships, respect and opportunities.”

RAPs are also really helping to improve trust and relationships, as evidenced by Reconciliation Australia’s research:

Liz Potter, head of Indigenous Affairs at Lendlease Building, said her organisation has a strong vision for its RAP.

“We want all our employees to acknowledge and celebrate the proud heritage of Australia’s First Peoples. And we want to all work together to promote opportunities for career development, sustainable business growth, and economic participation of Aboriginal and Torres Strait Islander Australians within our sector,” Potter said.

Since establishing its first RAP in 2011, Lendlease has spent some time refreshing its approach.

“We are now actually asking Aboriginal and Torres Strait Islander people what they really think of the organisation as an employer rather than assuming we already know,” Potter explained.

“Providing a culturally safe and inclusive environment where Aboriginal and Torres Strait Islander employees feel able to express and practice their culture and have their values respected is also a priority. Education to improve cultural awareness and competency of all Lendlease staff is key.”

Other key changes to the RAP include:

Amber Roberts, research and policy advisor within the Aboriginal and Torres Strait Islander Social Justice Team at the Australian Human Rights Commission, said Australia is a signatory to several international conventions which provide for the right to work and to favourable conditions of work.

“The United Nations Declaration on the Rights of Indigenous Peoples sets out four key principles. The first is self-determination. The second is participation in decision-making, free, prior and informed consent, and good faith. The third is respect for and protection of culture, and the fourth is equality and non-discrimination.

“Organisations would do well to keep these principles front and centre when developing their RAPs and when working with Indigenous employees and communities,” said Roberts.

We are indebted to the leaders who shared their insights and experience with DCA members at this launch event and look forward to helping workplaces across this country to build the reconciled, just and equitable Australia that Reconciliation Australia has outlined.

About the author: Lisa Annese has been chief executive officer for Diversity Council Australia since 2 June 2014. In this role, she leads a team of professionals to lead debate on diversity in the public arena, develop and promote the latest diversity research, thinking and practice, and deliver innovative diversity practice resources and services to enable our members to drive business improvement.

Diversity Council Australia is the independent, not-for-profit workplace diversity and inclusion advisor to over 350 organisations across the private and public sector – many of whom are among Australia’s largest and leading diversity employers. Their member organisations are estimated to employ more than one million Australians, representing around 10 per cent of the Australian workforce. 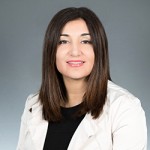