Why We Need a More Inclusive Australia

22 November 2016 at 10:16 am
Alpha Cheng
A year after his father’s fatal shooting by a teenager radicalised by ISIS ideology, teacher Alpha Cheng makes a powerful – and personal – case for why we need a more inclusive Australia, in this article, written for the Brotherhood of St Laurence latest Youth Unemployment Monitor, as part of their ongoing campaign for youth jobs.

A year after his father’s fatal shooting by a teenager radicalised by ISIS ideology, teacher Alpha Cheng makes a powerful – and personal – case for why we need a more inclusive Australia, in this article, written for the Brotherhood of St Laurence latest Youth Unemployment Monitor, as part of their ongoing campaign for youth jobs.

There are moments in life that force you to reflect on the path you have chosen and the decisions you have made.

Such a moment in my life was 2 October 2015. My dad, Curtis Cheng, was leaving his work in Parramatta and, in a senseless act, a 15-year-old gunman believed to be radicalised by ISIS ideology shot and killed my father. In a moment, my life was turned upside down.

Through the pain and tragedy, it has forced me to reflect on my past and also on my hope for a stronger and more inclusive Australia.

Education has always been central to my family’s values. One of the main reasons for our emigration from Hong Kong to Australia was so that my sister and I could have a better education here. My parents have made immense sacrifices and it is something I will be forever grateful for.

Unfortunately, not enough young people in Australia have such opportunities. The postcode that you’re born in can impact your whole future. Students who are aged 15 in lower socioeconomic groups are three to five years (or more) behind their peers in the highest socioeconomic groups.

Education should be the great equaliser, but in many cases and postcodes, it is still the great barrier.

This was one of the reasons I wanted to become a teacher.

After graduating from university, I was working in the banking and finance industry and on paper it was a great career. However, after three years the lustre was fading. I was starting to question why I was doing what I was doing. On a whim I visited a friend who was a teacher in the remote Aboriginal community of Mimili in the APY Lands in outback South Australia. In terms of postcode, this is where educational disadvantage is among the deepest in Australia.

In Mimili, while team teaching with my friend, I remember the moment where I thought to myself, “hang on, this feels so right”. I took a leap of faith later that year and applied for the Teach for Australia program.

Four years on, I am sure I made the right choice, but the challenges are real. Students from lower socioeconomic backgrounds without adequate support, dedicated teachers, access to technology and hope for the future will be at risk of continuing in a cycle of disadvantage. Youth unemployment stems from this lack of equitable access to education. I know my school bends over backwards to help students develop the necessary skills and access to external opportunities, but even then we are putting on band aids rather than addressing the structural concerns.

Every young person wants to succeed and live a fulfilling life. I have seen the best of humanity in some of the teenagers I teach. In the past 12 months, I have shared much of my personal story and tragedy with my students and I am always astounded by the depth of their empathy and compassion.

This is in complete contrast to the worst I have experienced at the hands of a single teenager.

What has gone amiss in society when a 15-year-old believes that an act of violence like that is any sort of solution? How is it that we have not created a society where everyone feels valued and safe? These are deeper questions that will take much time to answer, but one thing I know for certain is this: it would be a further tragedy if my father’s death was used to scapegoat an entire group in Australian society. I will continue to speak out against this.

What we must all do as Australians is to speak out against inequity. No one, especially young people, should feel any less of themselves or be disadvantaged because of their race, religion, identity – or their postcode. It is in this light that we can build a stronger, safer and more inclusive future for all.

About the author: Alpha Cheng, a 29-year-old high school teacher, is the son of slain police accountant Curtis Cheng who was shot dead by a teenager radicalised by ISIS ideology in Parramatta last year. 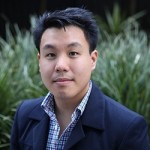