Nourishing the Grass Roots: Entrepreneurship Through the Peer-to-Peer Model

30 November 2016 at 8:00 am
Richard Warner
Peer-to-peer enterprise development is a powerful way for communities to support one another in tackling social challenges, writes Richard Warner, coordinator of Nundah Community Enterprises Cooperative (NCEC).

Print
Nourishing the Grass Roots: Entrepreneurship Through the Peer-to-Peer Model
30 November 2016 at 8:00 am

Last year our humble workers co-operative in Nundah, Brisbane picked up a national award for best small social enterprise in Australia. Why? Because we’ve tackled the terrible market failure of people with disabilities and mental health issues being unable to find employment. We’ve done this in a way that positions people not just as employees but as co-owners of an enterprise. We’ve transformed (albeit in a small way) the local economy to create new jobs – the results we’ve achieved are not transitory but long term.

Since the award in 2015 we’ve been approached by other communities facing what seem insurmountable barriers to employment, including groups from asylum seeker and refugee backgrounds.

These requests for assistance were taken to our members with a disability, who chose to support them because they could empathise with the situation. Work was then undertaken with a range of communities in practical, hands-on training in gardening or hospitality, combined with support to develop their own enterprise. Six new businesses have sprung from that work, which we call peer-to-peer enterprise development.

Why is the work innovative and why is it so needed?

Peer-to-peer development is a powerful way to tackle entrenched disadvantage and it works for the following reasons:

While process intensive and requiring an investment of time, this work pays for itself in terms of its effectiveness and the ripple effects it achieves as communities start to replicate the process independent of external support.

Shree Monger and Bhakta Poudel both lived in a Nepali refugee camp for more than 20 years before gaining the opportunity to resettle in Queensland. After a number of years in Australia they, like many in the Bhutanese refugee community, were becoming frustrated at not being able to find work – despite repeated attempts to do so. Barriers they faced included language, a lack of work experience in Australia and, of course, the significant structural issue of a lack of employment opportunities.

In Bhutan they had tilled their own fields for subsistence and profit – a set of skills which led a refugee settlement agency, Multicultural Development Association (MDA), to approach us to see if there was an opportunity to help them to develop a gardening business. We agreed to partner with MDA, supporting Shree and Bhakta in practical training and small business development.

This was provided by an experienced NCEC supervisor and our crew with disabilities. The Co-op also assisted with business planning and development and linkage with a pro-bono accountant and lawyer. MDA provided properties to service, which brought income to the project and also linked participants with skilled business mentors.

Together the two organisations supported the group through the process of practical training, business registration and planning and liaising with a range of systems including job agencies, the taxation office and Centrelink.

Importantly the project didn’t just train people in the classroom, it walked the journey with them, helping them to develop the knowledge and connections required to succeed on their own.

The results speak for themselves: In just their first year of trade the Mountain Mowing Men, as Shree and Bhakta chose to name their partnership, have completed many thousands of dollars of work and have more than 30 regular customers.

In the wake of their success, another Bhutanese business is forming and we expect more to follow. People who were formerly feeling dispirited at the lack of opportunity are now feeling proud and hopeful of the future.

How to grow the model

What we need is more investment and documentation of this kind of work so it can be undertaken on a greater scale.

People often ask us if we would like to scale NCEC to achieve a greater breadth of social impact, and the answer in short is “yes”.

However, we are also aware of a size beyond which depth of impact and, in particular, community ownership can be lost. This leads us back to the challenge that significant scaling of community owned models will only occur by proliferation and federative efforts to support that (ie “scaling across” as opposed to “scaling up”).

Insofar as government, philanthropy and the community sector support this, we will see many more disheartened communities being able truly say for themselves: “If we try then there is nothing that is impossible.”

NCEC has been nominated in the Social Enterprise Awards in the innovation category, to be announced 30 November, for its peer-to-peer development work.

About the author: Richard Warner is coordinator of Nundah Community Enterprises Cooperative, which provides employment for people with intellectual disabilities and mental health issues. 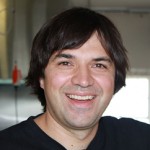