The 2017 Resolution That Needs to Be Implemented

19 January 2017 at 8:10 am
Jack de Groot
Jack de Groot, CEO of St Vincent de Paul Society NSW, is determined to collaborate with governments and investors to boost the much needed affordable housing supply in that state.

Jack de Groot, CEO of St Vincent de Paul Society NSW, is determined to collaborate with governments and investors to boost the much needed affordable housing supply in that state.

While New South Wales Planning Minister Rob Stokes has shown a willingness to tackle the state’s housing affordability crisis, his recently released proposal to change planning laws does little to address the problem.

Minister Stokes has entered the 2017 year with resolve. Long may this initial foray to confront the housing affordability crisis facing tens of thousands of families continue to grow. The impact of the minister’s commitment will be measured by the inclusion of those currently excluded from social and affordable housing throughout NSW.

St Vincent de Paul Society NSW has started 2017 with a call to action, optimism and a sense of the possible. Research shows we need 100,000 new social and affordable homes in NSW over the next 20 years to combat the current 10-year waiting list for social and affordable housing. To remain hopeful at the beginning of the year, we need to see some positive outcomes in NSW from the minister’s proposed amendments to the Environmental Planning and Assessment Act 1979.

As many start the return to work or contemplate their last weeks of camping, beach-time or staycations at home, let’s just remember that only weeks ago many families across the state on the cusp of poverty were receiving Christmas hampers from charities and dreading the mounting debts, low paid jobs – or no work – and possibly chronic illness, addiction and violence that await them.

Housing costs are arguably the single biggest driver of poverty and disadvantage in Australia.

With the cost of housing rising at twice the rate of inflation over the last 10 years, housing is the largest area of expenditure for Australian households. When over 30 per cent of income goes to accommodation, the result is housing stress. It is estimated 875,000 households in Australia are experiencing housing stress right now.

The release of Minister Stokes’ proposed changes to planning laws so far seem to do little to alleviate this problem.

At Vinnies NSW we are proposing a resolution that incorporates more humane policies in terms of housing affordability. Social dislocation and economic disadvantage caused by the inability to deliver affordable housing requires urgent and meaningful measures.

Right now, we aren’t seeing enough action on this front. We hear a lot about how Australian cities are ranked among the least affordable in the world for purchasing a home. The flow-on effect is the lack of affordable housing for those who will never be able to buy a property. So let’s resolve that the debate about affordability of housing gets creative and moves from mortgages to meeting the fundamental need and right for all to safe and stable housing. Minister Stokes can start to expand on his initial modest proposals.

So here is my resolution for 2017 in regard to housing affordability:

Commonwealth, state and local governments must work together with institutional investors and the not-for-profit sector to ensure that affordable and safe housing is available for everyone, regardless of their financial situation.

The Commonwealth parliamentary inquiry report into housing affordability released in mid-December made no recommendations to the government for reform on home ownership and pushed back to state and territory governments the need to address land supply issues.

We launched a petition late last year calling on the state government to change planning laws so that at least 15 per cent of new residential developments are set aside for affordable housing, where rent is less than 30 per cent of income. There is no mention of a target in Minister Stokes’ Summary of Proposals announced this week.

Our members are active in their local communities generating support and signatures and we have almost reached our target. When we have 10,000 signatures we will be delivering the petition to Parliament House, where the issue will then be debated.

We will also be making a submission as part of the government’s consultation process.

At the same time, local government should be commended. Sydney’s Inner West Council has announced that all developments larger than 1,700 square metres will have to include a 15 per cent affordable housing target.

This is the stuff of resolution that makes people’s lives so much the better – what all of us crave as we start a new year. Vinnies is ready. We want to create a year that sees collaboration between

governments, industry and the community. A year where the gaps between the haves and the havenots does not grow any further. It’s time for resolution that sustains people through 2017 and the years to come. Minister Stokes is a key player in achieving that vision as he leads a reform of

planning laws that must aim to deliver inclusion and housing security for those most vulnerable.

About the author: Jack de Groot joined St Vincent de Paul Society NSW as chief executive officer on 1 August 2016. He is an experienced senior executive in the not-for-profit sector and was formerly a senior executive with St Vincent’s Health Australia, one of Australia’s largest not-for-profit providers of health and aged care services. Prior to this de Groot was the Australian-based CEO for Caritas, a global social services and community development organisation. He is also a member of a number of boards across government advisory, industry and community groups. 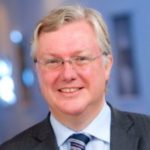 The key to a resilient regional community

‘Our communities are the experts’: The new partnership moving services into the Aboriginal community-controlled sector