Are Australians Giving Up on Giving?

Welcoming the new year is an opportunity to reflect upon the year that was. The recent Giving Australia 2016 report suggests that last year Australians may actually have been giving up on giving.

According to the research, there’s been a 6 per cent decrease in the number of Australians donating to charitable causes in 2016.

Tired of charity reps stopping you in the street or calling you around dinner time? You’re not alone – 64 per cent of Australians dislike street fundraisers, and more than three-quarters of us dislike solicitations by telephone.

Although traditional fundraising methods do seem to be falling out of favour, the 2016 Charity Reputation Index has found trust in charities to be at its highest level in six years. In other words, it’s not the charities people have a problem with, but rather the methods they’re using.

At the same time, Australians are increasingly discerning, and more interested in how fundraisers are operating, especially from an ethical point of view. Before committing to a donation, they want to know more about how a charity treats their staff and how much of their donation will actually be delivered to the cause.

With all of this in mind, charities need to be looking at new fundraising strategies that focus on the donor experience, allowing people to feel like they’re giving directly to the cause.

Crowdfunding is one of these non-traditional methods seeing early success. As the name suggests, crowdfunding is when money is raised for a cause or project through contributions from a large number of people (see recent campaigns to rebuild the Buchan Pub, or to save Larry the Lobster).

The power of crowdfunding is that due to the large number of people giving, each person can contribute what they can afford – be it $5, $20 or more. Some crowdfunding platforms also seek out organisations and philanthropists willing to match donations, effectively doubling or even quadrupling the total funds raised.

In a time where the Australian economy is slowing and cost of living is growing, it’s great to know that even if we can only afford to donate a small amount, it can still have a significant impact.

In my work, I’ve seen Australian organisations raise over a million dollars in less than 24 hours through crowdfunding, bringing together communities to rally for a cause.

The empowerment of everyday people to contribute within their means to help achieve a larger, tangible goal creates a unique kind of energy that often encourages people to increase their donation

With philanthropists and high-net worth individuals seeing giving as a financial investment, they are increasingly seeking to know where their money can have the greatest positive social impact. Something like crowdfunding lets a philanthropist see the scale of community support for a cause, and in donating, know the support of the community will also multiply their donation.

Despite a number of new crowdfunding platforms emerging, and popular campaigns raising both funds and positive media attention, only 4 per cent of Australian not-for-profit organisations utilised crowdfunding in 2016. I suspect that number will grow next year.

Perhaps Australians aren’t really giving up on giving, they’re simply looking for an opportunity to give within their means, and where they know they’re more likely to achieve something significant for a cause that’s important to them.

About the author: Peretz Schapiro is fundraising specialist and managing director of fundraising and marketing consultancy Charidy. 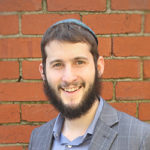