Explainer: Why Are Donations to Some Charities Tax-Deductible?

15 March 2017 at 4:18 pm
Fiona Anne Martin
Associate Professor Fiona Anne Martin, from UNSW school of taxation and business law, explores the arguments for and against tax-deductible donations, in this article which first appeared in The Conversation.

Print
Explainer: Why Are Donations to Some Charities Tax-Deductible?
15 March 2017 at 4:18 pm

Associate Professor Fiona Anne Martin, from UNSW school of taxation and business law, explores the arguments for and against tax-deductible donations, in this article which first appeared in The Conversation.

It costs Australians around $1.3 billion per year to subsidise donations to charities, not for profits, and certain government bodies like public hospitals. This doesn’t take into account corporate gifts and sponsorships, which is estimated to increase the amount to $5 billion.

Some people may legitimately ask whether this is a good use of taxpayers’ money. So, what are the arguments for and against? And where did the tax-deductibility of donations come from?

Why are donations tax-deductible?

The initial rationale for making donations tax-deductible was that wealthy politicians thought it would encourage their friends to donate to worthy causes.

In 1915, the federal government enacted the first national Income Tax Assessment Act to raise funds for the war effort, and to deal with the economic difficulties arising from Australia’s participation in the war.

This law exempted from tax the income of religious, scientific, charitable or public educational institutions. It also granted a deduction for gifts exceeding 20 pounds to “public charitable institutions”. Twenty pounds roughly equates to $2,872 in today’s terms – so it was a relatively large amount.

During the parliamentary debates, attorney-general Billy Hughes expressed concern about the breadth of such a concession. The debates emphasised protection of the revenue, and indicated that a possible solution was to ensure a relatively high threshold for the deduction. They also highlighted the view that a deduction would motivate greater donations.

There was no articulation of real policy analysis or evaluation. But it does seem clear that donations to the traditional class of charities – poverty relief and assistance to the sick – were intended to gain the benefit of the concession.

The issue was debated again in 1918. The range of arguments then included that:

Others argued the provision did not motivate donations at all and should be abolished.

Around this time, the US introduced an income-tax deduction for gifts to charities. Australians used this development as a lever to successfully argue in favour of keeping the deduction.

The US argument was also that of motivating wealthy people to donate to charity. Again, politicians there did not produce any evidence that the deduction actually motivated anyone to donate.

Although there was further strong opposition to the deduction provision over the years, it continued. In 1927, the legislation was amended to limit the range of eligible recipients. It was also changed to reduce the threshold for the deduction to two pounds which, with the advent of decimal currency, was reduced to $2.

Today the deduction continues, but eligible gifts are restricted to a range of not-for-profit entities. Just because an organisation is a charity does not mean that donations to it are tax-deductible.

The breadth of recipients is wide, and the criteria for eligibility are complex. There are more than 40 categories of eligible organisations.

The main argument for tax-deductibility of donations is that it is a form of government assistance or subsidy for what are considered publicly beneficial causes. If the tax concessions were not available, society may not benefit from high levels of assistance for worthy causes.

Another strong argument is that it is a form of subsidy or payment for the delivery of goods and services that are of public benefit, such as medical services provided by not-for-profit hospitals. The hospital saves the government from paying for similar activities.

A third argument is that indirect support mechanisms, such as tax-deductibility of donations, facilitates choice. So, taxpayers can direct a certain proportion of their tax to causes they choose, rather than the government determining how it should be spent. Some counter, though, that many may choose charities that are more appealing or popular, like the arts.

Tax deductibility of donations can also be used to support private donations to politically sensitive causes that many consider provide a public benefit. This includes protecting refugees or the environment, or aid to Indigenous Australians.

Tax deductibility of donations is seen as promoting the ideal of redistributive justice. People who can afford to donate money should be encouraged to do this.

There are also arguments for limiting the tax deduction for gifts to certain not for profits.

First, tax concessions for one group in the Australian community may place a larger tax burden on others. This is particularly so if a specific amount of money must be collected. If, however, the tax concession is in effect payment for the delivery of goods and services that are of public benefit, then it may be that there is no shift in the tax burden.

It may also be argued that the goods and services can be provided more cheaply than might otherwise be the case due to many charities using volunteer labour and donated materials.

Second, taxpayers who are earning higher incomes and therefore on a higher marginal tax rate (the highest for 2015/16 is 45 cents for every dollar over $180,000 plus a 2 per cent Medicare levy), will gain a greater tax concession for donating to a charity than those on a lower marginal tax rate.

Only about one-third of all registered charities are eligible for tax-deductible donations.

The current system of determining which organisations can receive tax-deductible donations and which cannot is overly complex and ad hoc. Some groups gain tax-deductibility through lobbying MPs.

A federal government working party recommended in 2013 that all charities be granted tax-deductible status. But, so far, the government has been silent on this issue.

About the author: Fiona Anne Martin is an associate professor at the School of Taxation and Business Law in UNSW. Her professional career began as a lawyer in private practice and for the government. Her current research involves tax issues relating to not-for-profits and charities. Particularly charities for the benefit of traditional land owners. 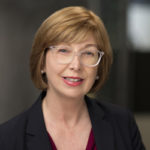 Fiona Anne Martin is an associate professor at the School of Taxation and Business Law in UNSW.