Making the NDIS Work for Young People in Aged Care

2 March 2017 at 8:10 am
Luke Bo'sher
Young people in aged care are struggling to get onto the National Disability Insurance Scheme. Commonwealth and state governments, as well as the NDIA, need to take action, writes Luke Bo’sher from the Summer Foundation.

Young people in aged care are struggling to get onto the National Disability Insurance Scheme. Commonwealth and state governments, as well as the NDIA, need to take action, writes Luke Bo’sher from the Summer Foundation.

The NDIS is Australia’s opportunity to turn around the systemic failure of an unfunded and broken disability system. Governments have committed an extra $11 billion per annum to the NDIS to fix this problem.

But the early rollout of the NDIS is showing that there are enormous challenges in making the system work for people with complex needs. The first part we need to get right is making sure that people with disability are getting onto the NDIS. And this is not working well for many young people living in aged care.

The NDIS is a team effort between governments. Fixing the access pathways for young people in aged care requires the Commonwealth and state governments, as well as the National Disability Insurance Agency (NDIA), to review what is and is not working and take action.

We need to focus on getting young people in aged care onto the NDIS as quickly as possible.

The promise of leaving an aged care facility is, unfortunately, a long way away for many young people in aged care, often taking 18 to 36 months from when the person gets into the NDIS.

COAG’s Younger People in Residential Aged Care (YPIRAC) initiative demonstrated the complexity of working out what their preferred housing option would be outside an aged care facility.

The first 12 months on the NDIS is often a time for participants to work out their housing goals and identify appropriate community options.

It can then take up to two years for a housing provider to build the required housing. This makes for a three year journey from getting onto the NDIS to leaving aged care for many young people.

Because housing and support takes so long to organise, these young people will have very limited chances of leaving their aged care facility by the end of 2020, while many will wait as long as 2022 to leave aged care.

Young people waiting five years in inappropriate accommodation is detrimental to their family relationships and for their mental health. The one in four young people in aged care with school aged children will spend the next five years having their kids visit them in an aged care facility.

And it’s bad for the country. People’s living skills decline in aged care, so when they finally do get into the NDIS the cost of their support will be significantly higher.

Why is getting into the NDIS so complex?

The NDIS trial site experience shows that over 98 per cent of young people in aged care are eligible for the NDIS. And the NDIS is designed to give every one of these young people the funding to leave aged care and move back into the community.

Yet many young people in aged care are not connecting with the NDIS because the process is too difficult.

The government’s current target is that 2,000 young people should get onto the NDIS between July 2016 and June 2017.

No data is currently available on their progress, but on the ground experience suggests that the number of young people entering the scheme will be significantly less than 2,000.

Below are the key steps involved in connecting young people in aged care to the NDIS.

The government has an opportunity to bring forward the date that young people in aged care can leave aged care, without having to change the NDIS roll out schedule or NDIS funding levels.

Governments could make an enormous difference to the lives of young people by focusing on the following five action areas:

This issue can be resolved. No young person in Australia should end up in aged care simply because there are no other options.

Governments should commit to the above actions immediately to make the NDIS work for young people in aged care.

The Summer Foundation has produced a free Practice Guide on how to get young people into the NDIS and can help guide families, aged care providers and advocates on getting into the NDIS.

About the author: Luke Bo’sher is the Summer Foundation’s head of policy and strategy, leading the organisation’s work to develop housing for people with disability using NDIS funding. He was intimately involved in the development of the NDIS, working extensively on scheme’s design and housing policy in his roles as a director at the National Disability Insurance Agency and advisor at the Department of the Prime Minister and Cabinet. 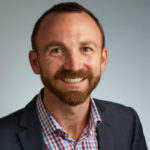 Luke Bo'sher is CEO of the Summer Foundation.