What’s in a Name and What’s the Alternative

6 March 2017 at 3:27 pm
Phil Butler
While the term “not for profit” does not do the sector justice, the alternative terms are not any better, according to Phil Butler from the Australian Institute of Company Directors.

While the term “not for profit” does not do the sector justice, the alternative terms are not any better, according to Phil Butler from the Australian Institute of Company Directors.

The organisations that make up the not-for-profit sector play an extraordinary role in ensuring that Australia has a functioning society.

In social services, disability, health and housing, to name just a few, these organisations provide assistance to the most disadvantaged in our community. In other areas such as art and culture, sport and recreation they enrich our lives in a myriad of ways. And in broader areas of environment, international aid, education and industry groups they strive to make our world a better place. Our society would be a much worse place without a strong, well-governed NFP sector.

While it is obvious that the sector is critically important, there is not a consistent view that the term “not for profit” is appropriate, and discussion around this has increased over the past 12 months. The call for a different term is not new. Over the last few years, I have fielded numerous questions and comments at conferences about the term “not for profit” and how inappropriate and inadequate it is as a descriptor of this extremely important sector.

My personal view has been, and remains, that while “not for profit” does not do the sector justice, the alternative terms are not any better. Furthermore, I believe there are far more important issues to consider. I would contend that the relationship between government, and even the broader community, and the sector should be of greater priority at the moment.

The Australian Institute of Company Directors undertook research into the term through our membership, asking whether the term was appropriate and which other terms may be more appropriate for the sector.

The AICD also examined the international terminology and the vast majority of countries used NFP or non profit as the descriptor. Only the United Kingdom (voluntary/community organisation) and Germany (community benefit) differ.

The AICD also looked at the broader regulatory, tax and funding environment which the sector operates in. The terminology used in all of these areas refers to charities and not for profit and in many cases this is written into federal, state and territory legislation.

Based on this research, the AICD does not believe that there is a compelling case to campaign for a change in the term “not for profit”. While this term has obvious limitations, the alternative terms also have similar limitations.

We do however believe that there are a number of other critical issues to “champion” on behalf of the sector, based around a “partnership approach”.

The AICD remains committed to assisting organisations in the NFP sector enhance their governance and through this to improve their outcomes. We will continue to dedicate resources and attention to assist in this commitment.

About the author: Phil Butler is the sector lead for the NFP sector at the Australian Institute of Company Directors. 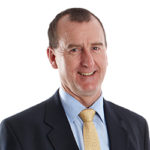 Phil Butler is the sector lead for the NFP sector at the Australian Institute of Company Directors.