9 May 2017 at 8:11 am
Penny Paul
Collaborative, evidence-based actions are required to fix the issue of young people in residential aged care (RAC) as the National Disability Insurance Scheme (NDIS) continues to roll out, writes Penny Paul from the Summer Foundation.

Collaborative, evidence-based actions are required to fix the issue of young people in residential aged care (RAC) as the National Disability Insurance Scheme (NDIS) continues to roll out, writes Penny Paul from the Summer Foundation.

Data from the Australian Institute of Health and Welfare (AIHW) shows that admissions of young people with disability to RAC rose by 20 per cent in 2016 in two of the three NDIS trial sites despite the NDIS being available.

The Summer Foundation has released its first NDIS Report Card which measures the progress of the NDIS against six critical outcomes for young people in RAC and will be published twice a year.

Why this is a problem?

The admission of a young person to RAC is costly, both for the individual and for the NDIS. The skills and relationships of young people in RAC quickly atrophy. Being stranded in RAC is detrimental to a young person’s family relationships and mental health. This translates to higher lifetime care costs when they do enter the NDIS. The critical business driver for the NDIS is to reduce long-term support costs, through providing early intervention and capacity building supports. It is therefore critical that young people in RAC get onto the NDIS as quickly as possible. Data from the AIHW and the NDIA, in our first NDIS Report Card shows that this is not happening.

The core principles of the NDIS are choice and control. NDIS plans record a participant’s goal, and fund reasonable and necessary supports to assist the participants to reach them. People with complex disability don’t choose to live in RAC. Persistent gaps in the delivery of slow stream rehabilitation, community health services, disability supports and affordable accessible housing, continue to force young people into RAC.

A central tenant of the NDIA is learning. The Summer Foundation is a knowledge organisation. Our mission is to resolve the issue of young people in RAC. Our pilot projects provide a rigorous evidence base demonstrating how this issue can be resolved. Our first report card highlights some current problems with the rollout of the NDIS for young people in RAC.

These problems can be addressed through evidenced-based actions that would strengthen the implementation of the scheme and improve outcomes for participants and the scheme.

Outcome one: The NDIS is reducing admissions to RAC overall

“Admissions to Residential Aged Care (RAC) across the fully rolled out NDIS sites have reduced by 21 per cent. While this reduction is positive, more than 100 younger people in Hunter, Barwon and the ACT entered RAC in 2016 despite the NDIS being available. This is a 20 per cent increase in the number of young people admitted in both Barwon and ACT, compared with the 2013 financial year, prior to the NDIS roll out.” (NDIS Report Card)

The number of young people in RAC has remained stubbornly high for decades. Most young people’s first admission to RAC is via the hospital system. To stem this tide, the states and Commonwealth must work together to address the current problems with the health-disability interface.

Action to improve this outcome: Stop the pipeline of entry into RAC by making the NDIS work better for those in hospital

Outcome two: Young people in RAC are becoming participants in the NDIS

“The NDIS planned to have 2,000 young people in RAC (YPIRAC) enrolled into the NDIS by the end of the 2017 financial year. As of the end of January 374 YPIRAC held NDIS plans, and 97 YPIRAC who had been found eligible did not yet have an NDIS plan.” (NDIS Report Card)

Most young people in RAC have an acquired/late onset neurological impairment and complex needs. They face particular disadvantages accessing the NDIS including limited access to computers, the internet and telephone. Many potential NDIS participants cannot call the NDIS information line to register, and struggle to understand and fill out of forms posted by the NDIA.

Many young people in RAC have inadequate or non-existent medical or allied health information about their functional and / or health needs. This means they have to go through time consuming and expensive assessments to get the evidence of their disability.

Action to improve this outcome: Bring young people in aged care into the NDIS faster and with a higher priority

Outcome three: The NDIS is reaching young people in RAC

In 2014, the Summer Foundation commenced the NDIS Connections Project to find young people in RAC in the Hunter and Barwon trial sites, later expanding into the ACT and Perth Hills trial sites. Our aim was to ensure that the NDIS was aware of the complex needs of this group by demonstrating what is needed to link all eligible young people in RAC, and to support them to register, prepare and implement their plan.

Action to improve this outcome: Actively support young people in RAC to get into the NDIS and better prepare aged care providers

The issue of young people in residential aged care is a genuinely complex one. Fixing these problems requires a collaborative approach between the Commonwealth, states and the NDIA. It’s only when aged care, disability, health and housing agencies and providers work together that we can solve these complex problems.

We believe that if the actions proposed are adopted the second NDIS Report Card will show a dramatic improvement in the outcomes for young people in RAC under the NDIS. 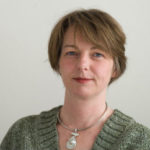 Penny Paul is the information and connections coordinator at the Summer Foundation.