16 May 2017 at 8:19 am
Daniel Edmiston
Drawing on the findings of a recent UK study exploring Social Impact Bonds (SIBs), UK academic Dr Daniel Edmiston suggests SIBs have a number of unique risks and unintended effects on service innovation and social outcomes, as he explains in a recently published paper.

Drawing on the findings of a recent UK study exploring Social Impact Bonds (SIBs), UK academic Dr Daniel Edmiston suggests SIBs have a number of unique risks and unintended effects on service innovation and social outcomes, as he explains in a recently published paper.

This is an extract from Edmiston’s paper entitled Social Impact Bonds: The Role of Private Capital in Outcome-Based Commissioning.

Proponents of SIBs suggest that private capital within outcome-based commissioning has the capacity to leverage additional resources for innovative services that will lead to improved social outcomes and future cost savings for the public sector. In this regard, the introduction of private social investment does present an opportunity to fund welfare services that would otherwise not be commissioned within the current climate of welfare withdrawal and fiscal recalibration in advanced capitalist economies.

However, there is, at present, very little definitive evidence to suggest that services funded through such a mechanism lead to any relative improvement in social outcomes compared to more conventional PbR [payment by results] commissioning models. In great part, this is due to the poor availability and standards of evidence that are currently available, and the challenges associated with accurately identifying the attainment and cause of complex social outcomes over time. However, where there is evidence available, it is rather mixed. With this in mind, SIBs present a new set of risks and opportunities in the field of public service reform.

In theory, the presence of private capital in outcome-based commissioning has the capacity to accommodate for, and buffer against, the risks associated with public service innovation, which may, in turn, engender an improvement in the social outcomes achieved through public sector commissioning.

The findings of the [research] suggest that private social investment helps overcome some of the existing limitations of PbR contracting by, inter alia, re-distributing the financial risks of non-delivery. However, for the SIBs considered here, the prospective benefits of service innovation appeared to originate more from the novelty, size and experimental nature of the PbR contract, rather than the presence of private capital and the attendant functions it brought to bear on service operations.

If anything, the presence of private social investment appeared to stifle the flexibility and autonomy of service providers to innovate and deliver services according to their social mission within a PbR contract. In addition, far from granting smaller third sector organisations a place at the table in outcome-based commissioning, SIBs have principally been awarded to larger third sector organisations deemed to be “investment-ready”.

Private social investment and the real-time performance measurement and management fostered through the SIB model did increase the responsiveness of service provision by encouraging and, at times, compelling service providers to perform to profile. However, in certain instances, this ran the risk of corrupting the integrity of the, albeit poorly designed, PbR contract by encouraging “gaming” amongst those with a vested interest in the attainment of social outcomes.

Overall, SIBs appear to entail a rolling back of state-directed process regulation (through outcome-based commissioning), but a rolling forward of process regulation by newly introduced private actors (through social investment). In reality, the motivations and characteristics of these private social investors and social finance intermediaries are diverse and wide-ranging. As such, the influence they exert over service operations in terms of maximising efficiency, effectiveness and equitability varies significantly according to the particular configuration of private actors and interests served within any given SIB. Such variability, without oversight from public sector commissioners, is likely to exacerbate the challenges encountered through more conventional PbR contracting.

Due to their infancy, it remains unclear whether and under what circumstances SIBs might be considered appropriate or suitable within the broader context of public service reform. As the evidence base surrounding SIBs emerges, particular attention needs to be paid to improving the standards and methods of social impact measurement and establishing the relative (dis-) benefits of private social investment in outcome-based commissioning.

Our conclusions go some way towards contributing to this emerging evidence base, but there are inevitable limitations in trying to explore the operation and effects of SIBs through the perspectives of those who have a vested interest in their development and uptake.

To moderate some of the (idealised) claims surrounding SIBs, further critical and independent consideration is needed to establish the relative role and significance of private capital in outcome-based commissioning. Without this and evidenced effects of improved (and sustained) social outcomes, the public sector runs the risk of paying increased transaction costs associated with private social investment without realising the putative benefits offered through the SIB model. 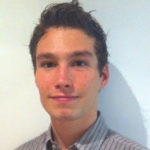