17 November 2017 at 4:57 pm
Stephen Kinsella
A lack of wage growth is hurting those on low to middle incomes, with almost a third of Australian households “over-indebted”, writes Stephen Kinsella from the University of Melbourne in this article that was first published in The Conversation.

A lack of wage growth is hurting those on low to middle incomes, with almost a third of Australian households “over-indebted”, writes Stephen Kinsella from the University of Melbourne in this article that was first published in The Conversation.

Australian wages have again failed to meet expectations – rising by just 2 per cent on an annual basis. This is bad not just for workers, but for the economy in general. Wages need to rise, especially for those on low to middle incomes.

Research shows that even a small increase in interest rates disproportionately harms borrowers who are on lower incomes, and especially those at the start of the debt repayment process.

The Bank of England recently raised interest rates for the first time in a decade. The US Federal Reserve and European Central Bank will eventually follow suit. And as interest rates rise across the developed world, Australia will also be forced to follow.

Around 29 per cent of Australian households are “over-indebted”. As interest rates rise, many of these households will be unable to meet their mortgage repayments. An increase in mortgage defaults will hit banks’ balance sheets, and will spread through the financial system.

Increasing wages would not only ease some of this financial stress, but would also jolt inflation as these newly enriched workers buy themselves things. Rising inflation will erode some of the debt repayment the household sector faces over the coming years.

A study in Ireland (which has similar household debt levels to Australia) found that a 1 to 2 per cent increase in interest rates leads to a 2 to 4 per cent reduction in a typical borrower’s disposable income after debt repayments.

Households are considered “vulnerable” if their debt service ratio (the share of debt repayments to income) is over 30 per cent. If you earn A$1,500 after taxes every week, but are barely making a A$850 mortgage repayment, you’re going to be in trouble if repayments rise to $A900.

Part of the reason for the increased household debt is that the “labour share” of the Australian economy has been declining.

In 1960, Australian workers took home 62 per cent of the value of what they produced. Australian owners of capital got 38 per cent. This split was similar in the rest of the developed world.

In 2018, workers will most likely take home less than 50 per cent of the value of what they produce. The average drop in the labour share as a percentage of GDP since 1960 is 12 per cent across the OECD.

Wages have been growing at less than 2 per cent a year since 2014. This is despite the fact that unemployment is 5.5 per cent and falling, which is around the level where we would expect to see wages rise because workers can command a premium in the market.

But the Australian labour market is also changing. Underemployment (workers who would like to work more hours) is a key problem in many households. Underemployment is relatively high among 15-24-year-olds and is projected to rise.

According to the Oxford Internet Institute’s online labour index, Australia is number three in the world for “gig economy” jobs, behind Britain and the United States. These jobs provide cash flow but no security. They also build up other vulnerabilities – many Uber drivers will be short on Super, for example.

As you can see from the previous chart, Australian corporations aren’t doing too badly even as the labour share declines. The chart shows the gross profits, compared to the last month of 2008 – pretty much the peak of the crisis. This comparison allows us to see the changes in profits before and after the crisis more clearly.

You can see clearly a drop after the global financial crisis hits, and then a very sharp recovery in 2015 and 2016. Gross operating surplus, our rough measure of the profits of the private sector, are more than 24 per cent higher than they were in 2008. One important reason for the increase in profits is the lack of wage growth for households.

What should be done?

In the longer term the ratio of debt to income and assets will have to fall. This could happen via write-offs, sell-ons and bankruptcies, or via increases in incomes. But we don’t live in the longer term.

Right now, middle-income workers need more cash in their pockets. There are a couple of options available.

The first is to reduce the burden of debt repayment on those new entrants to the mortgage market. One solution is to provide tax relief on the interest that a household pays in the first few years of a mortgage (as Ireland and the United Kingdom do). This will keep the property market working well and support younger borrowers, if only temporarily. But it could also bid up house prices if not properly targeted.

The second is the simplest approach – reduce taxes, combined with tax reform. But the federal government is already running a budget deficit of around 2 per cent of GDP, so this doesn’t work in the short term.

The third option is to reduce the cost of living by making public transport easier to access, improving early education, and reducing energy prices. But research shows that the “worst” infrastructure projects are the ones that generally get built, so this isn’t advisable either.

The solution, then, is to increase wages, especially at the middle of the income distribution. Minimum wages have already gone up by more than 3 per cent this year, but this is unlikely to help those on middle incomes, who have access to enough credit to afford current house prices and so have become stretched.

There are models Australia can learn from internationally. In Germany, the Variable Payment System links pay increases to profit sharing and bonuses. When the company or the sector does well, the worker does well. The reverse is also true.

A survey of 23 different wage-increasing mechanisms found almost all countries bar the US, Hungary and Poland have some collective bargaining and minimum wages. These range from hard wage indexation enforced by law, to intra-associational coordination (roughly what we have here in Australia). The right model for the 21st century and the changing nature of work may be very different, however.

As we’ve seen, private sector is doing very well and can afford a wage hike. And productivity increases in the Australian workforce has long outpaced wage increases. A wage increase is not only feasible and justified, it is in the national interest. 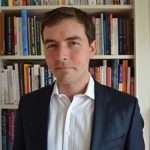