Yes to Same Sex Marriage: Human Rights in the Balance

15 November 2017 at 3:07 pm
Amy Maguire
As Australians say ‘yes’ to marriage equality, the legal stoush over human rights now takes centre stage, writes Amy Maguire, senior lecturer in international law and human rights at the University of Newcastle, in this article that was first published in The Conversation.

As Australians say ‘yes’ to marriage equality, the legal stoush over human rights now takes centre stage, writes Amy Maguire, senior lecturer in international law and human rights at the University of Newcastle, in this article that was first published in The Conversation.

The results of the Australian Marriage Law Postal Survey are in. Despite the voluntary nature of the survey, 12,727,920 (79.5 per cent) eligible Australians voted.

By a margin of 61.6 per cent to 38.4 per cent, Australians have said “yes” to the proposition: Should the law be changed to allow same sex couples to marry?

Prime Minister Malcolm Turnbull is confident that parliament will legislate to permit same sex marriage before parliament breaks in December. The route for change will be a private member’s bill, on which government members will have a conscience vote.

Which law, and what change?

The Act currently defines marriage as: the union of a man and a woman to the exclusion of all others, voluntarily entered into for life.

This definition has only been part of the Act since 2004, when it was added at the initiative of the Howard government. The 2004 amendment sought to head off efforts by same sex couples, married overseas, to have their marriages recognised as valid within Australia.

It states: Certain unions are not marriages

A union solemnised in a foreign country between: (a) a man and another man; or (b) a woman and another woman; must not be recognised as a marriage in Australia.

The definition of marriage can be simply changed by removing the words “a man and a woman” and replacing them with “two people”.

Such a change will have flow-on effects throughout Australian society. For example, celebrants will be free to officiate at legal wedding ceremonies for same sexcouples. State and territory authorities will be empowered to register same sexmarriages.

Most significantly, same sex couples will have equality of choice in how they want to formalise relationships. Those who choose to marry will be entitled to the legal benefits of marriage.

However, despite the clear survey outcome, the form of the required legislative change is likely to be heavily contested in parliament.

Changing the definition of marriage is the simple part

This effort is expressed in the bill that Liberal MP Dean Smith intends to introduce to parliament as soon as today. An object of the Marriage Amendment (Definitions and Religious Freedoms)

Bill is: to allow equal access to marriage while protecting religious freedom in relation to marriage.

The Smith bill would make the simple necessary change to the definition of marriage. It would also seek to protect religious freedom by:

These exceptions would appear in both the Marriage Act and the Sex Discrimination Act 1984 (Cth).

The Smith bill does not limit the grounds on which such refusals may be based. They could apply to same sexmarriages or heterosexual marriages. However, refusals must conform to the “doctrines, tenets or beliefs” of the relevant religion and be “necessary to avoid injury to the religious susceptibilities of that religion.”

The prime minister and cabinet members support the Smith bill as a starting point for debate.

They anticipate that parliament will debate amendments to the bill.

However, conservative government MPs have rejected the Smith bill as “seriously inadequate”. Tony Abbott sees the debate as a site for the defence of Western civilisation.

On Monday, Liberal senator James Paterson released an alternative Marriage Amendment (Definition and Protection of Freedoms) Bill. This bill is expected to attract the support of marriage equality opponents.

The Paterson bill would implement the definitional change as an either/or proposition, retaining the current definition of marriage but adding the alternative definition after it.

This bill is interesting in that it asserts an explicit foundation in international human rights law to justify forms of discrimination against same sexmarriage. It claims to fulfil Australia’s international obligations to protect: the rights to freedom of thought, conscience, religion, expression and association in relation to the holding, expressing, or acting on, certain beliefs …

The Paterson bill also expresses the intention to ensure: as far as practicable, that everyone has the same rights to equality, regardless of religious or conscientious belief, as the rest of the community.

Patterson claims an alternative was needed, as Smith’s bill does not go far enough to protect freedoms of religion, conscience or speech.

The “protections” in the Paterson bill are considerably wider ranging than those in the Smith bill. For example, the Paterson bill would permit objectors to refuse to participate in a same sex wedding if participation would go against their religious or “conscientious” beliefs.

This provision would empower individuals and businesses to refuse to participate in weddings that do not conform to a “traditional” conception of marriage. These exceptions would apply, for example, to hotels, photographers, florists, bakers and hire car drivers.

The Paterson bill would secure public funding for religious institutions determined to preserve their existing exemptions from anti-discrimination laws. The bill would also permit parents to withdraw children from classes if content is inconsistent with a “relevant marriage belief” or “relevant belief”.

This bill would impose significant limitations on existing anti-discrimination laws. These limitations aim to protect the rights of people who have certain beliefs to hold, express and act on those beliefs.

Protected beliefs include that “the normative state of gender is binary”, that homosexual relationships are immoral or that sexual relations should be confined to marriage.

Another protected belief is that: the family structure of a man and a woman united in marriage with their children is a fundamental building block of human society, and this family structure has significant advantages for the nurture and raising of children.

According to the Paterson bill, people should be free from a threat of action for vilification if they are expressing their belief about same sex marriage or a “relevant” other matter.

The bill would create a criminal offence of “victimisation” and provide for civil remedies of injunction and damages. These aim to deter behaviour that might penalise, disadvantage or treat unfavourably a person acting on a relevant belief.

Hours before the survey results were announced, Turnbull rejected the Paterson bill as having “virtually no prospect” of passing. He said the government had no intention of legalising discrimination that is currently unlawful.

Human rights in the balance

It is true that rights claims can sometimes compete. Efforts to achieve balance may require some compromise. However, the Paterson bill demonstrates an unconscionable misunderstanding about the indivisibility of human rights.

The Smith bill goes sufficiently far to ensure that people cannot be required to formalise marriages that conflict with their religious beliefs. It is relatively uncontroversial to ensure, for example, that a religious minister cannot be forced to marry a same sexcouple.

Yet there is a significant gulf between protecting the right of a person to freely practise their religion and permitting them to engage in discriminatory conduct, especially where that discrimination could have detrimental impacts well beyond the specific case of same sexweddings.

Concerns have been raised that wide-ranging scaling back of anti-discrimination laws could affect the prospective weddings of people who have been divorced or had children outside of marriage.

Australian Marriage Equality co-chair Alex Greenwich says Australia has moved well past the time when it was acceptable to have: a sign outside the shops about who you will and won’t serve.

The conservative bill is designed to elevate rights fundamental to a liberal worldview – freedoms of thought, conscience and religion – while constraining rights to equality and freedom from discrimination. The latter are essential protections for minority groups more vulnerable to prejudicial treatment in our society.

There is no hierarchy in which some human rights are positioned as of lesser status than others. Indeed, an attempt to establish such a hierarchy undermines the essential goal of human rights law – to protect the “equal and inalienable rights of all members of the human family”.

The conduct of the federal parliament in coming weeks will be assessed by the Australian public in accordance with the survey results. The international community will meanwhile judge Australia’s claim to be a global leader in human rights.

About the author: Amy Maguire is a co-chair of the Indigenous rights subcommittee of Australian Lawyers for Human Rights and a member of Amnesty International. 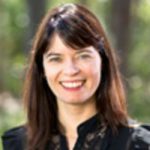 Supermarket shortages are different this time: how to respond and avoid panic