1 December 2017 at 3:26 pm
Matt Ryan
Matt Ryan, the director of Public Policy and Strategy at The Australian Centre for Social Innovation, looks at what social innovation could learn from climate action.

Matt Ryan, the director of Public Policy and Strategy at The Australian Centre for Social Innovation, looks at what social innovation could learn from climate action.

Late in the afternoon of Friday 4 December 2015, a dozen leaders of states and provinces from five continents gathered at the Hotel de Ville, Paris, to discuss their renewed commitment to combating climate change.

None of the leaders were a household name in the global campaign to reduce carbon and other greenhouse gas emissions. They had, however, attracted the attention of a global figure – then Secretary-General of the United Nations, Ban Ki-Moon.

In his opening statement, the secretary-general said: “We have gathered here today to showcase your leadership. I encourage you to reach out and recruit your peers to join you.”

It was a simple and salient remark.

Faced with a challenge beyond the remit of any single government but with severe consequences for all of them, the secretary-general called upon the power of peer connections to drive a more effective response to a global problem.

The dozen leaders had already achieved a lot together. They were among 44 government signatories to The Compact of States and Regions (now termed the Annual Disclosure) which collectively represented 325 million people. Through the Compact they had just committed to reduce their 2030 emissions by 12 gigatonnes – more than all of China’s emissions for the year 2012.

Fast forward to 2017 and there are 110 subnational government signatories, representing 658 million people.

The growth in numbers joining the cause is impressive. The ambitious emissions reduction targets are impressive too, exceeding the ambition of the breakthrough Paris Climate Agreement by 21 gigatonnes.

It’s a remarkable example of how a movement has been built around climate policy which has lessons for those of us interested in generating similar support to address social problems.

I suggest there are at least three things we can learn from the climate change movement:

The dozen leaders who came together in the Hotel de Ville in 2015 were already feeling the damaging effects of climate change with more extreme bushfires, drought, and heatwaves. Just as importantly, though, several of them had examples of the economic opportunity that lay in renewable energy and clean technology. That meant they could argue persuasively that if you didn’t consider yourself part of the problem you could benefit by being part of the solution.

Not-for-profit charity CDP has played a crucial role in encouraging self-reporting on carbon emissions. As a result, they have helped to build the statistical evidence that shows the difference that governments and businesses with climate friendly policies are making and what ground still needs to be made up. It’s acknowledgement for those making changes – and just publishing the gap between what’s happening and what’s required becomes a spur for further action.

A founding partner in The Compact of States and Regions is The Climate Group. It convenes the States and Regions Alliance which brings together 39 leaders of state and provincial governments from across the world to discuss climate action. They also have similar forums for businesses committing to 100 per cent renewable energy and provide opportunities for regions to share ideas about energy transition challenges and policy innovation. Being among the first to take on a new idea can be high-risk for the adopter – peer forums can reduce the risks dramatically.

The most promising kinds of social innovation are characterised by new ideas that are created through working alongside those affected by social problems. This approach generates compelling anecdotes of helping people to live better lives.

The risk is over-reliance on this approach and failing to build a larger case that can capture the interest of those whose power, influence or profile might dramatically shift the momentum in the effort to respond to our biggest social challenges.

Political leaders and policy makers responding to climate change have been well-equipped with arguments, data and peer supports for ambitious change.

We should consider how social innovation could replicate that achievement.

About the author: Matt Ryan is the director of Public Policy and Strategy at The Australian Centre for Social Innovation and a former deputy chief of staff to the South Australian Premier, Jay Weatherill, who he advised on a range of policy issues, including climate change. 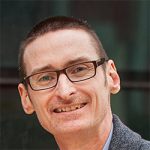 Matt Ryan is the director of Public Policy and Strategy at The Australian Centre for Social Innovation.