Social media is changing almost faster than we can keep up with. What’s fresh and new now could well be old news by the time Easter rolls around.

Keeping up-to-date with social-media trends is so important for not for profits – we want you to use your platforms effectively and efficiently. That’s why we’ve come up with our top five social-media predictions for the coming 12 months:

When Mark Zuckerberg announced his changes to Facebook, one word was used over and over: community.

Facebook is going back to its roots this year, and celebrating real, human relationships, connections and – that magic world – community.

To create a community, we believe it’s essential to tell your stories – your struggles and your successes – in real, human form. Be authentic and be vulnerable, and Facebook will reward you with good reach. As soon as you slip back into faceless promotions and sales pitches, your posts will be demoted to the bottom of the news feed.

This year is the year of creating a truly engaged community across your social-media platforms, simply by telling stories.

After years of being the poor cousin to Facebook, Twitter and Instagram, LinkedIn is finally stepping up to the mark, and becoming a serious social-media contender.

Recently, LinkedIn added video to all personal accounts, began testing geofilters for videos, and made some serious updates to its messaging platform. There’s even talk of video ads being rolled out for business pages in 2018.

It’s also rumoured that LinkedIn’s ad platform will come into its own, and begin to offer better value for money than Facebook. It’s still a bit clunky, but is well worth watching!

Facebook and Instagram advertising costs are going to rise over the next 12 months, before they begin to rise some more. This ties into Facebook’s (and, in turn, Instagram’s) intention to build communities on their platforms, with real, honest relationships. Therefore, if you have something to sell, promote or advertise, you’ll need to put a few dollars behind your product or service to ensure it gets seen across the platforms. Spend your cents wisely, and create advertising campaigns with a clear message and call to action.

This year is set to be Instagram’s year. In July 2017, 15 million businesses across the world were using Instagram – a figure that is set to rise with the increasing popularity of Instagram Stories, and the new addition of Story Highlights, which allows accounts to showcase their favourite stories.

Why are Stories such a winner for Instagram? Quite simply, they’re short, snappy glimpses of life behind the brand. They’re not sharp and shiny – their appeal comes from being a little bit rough around the edges, and offering real, honest, behind-the-scenes glimpses. Plus, Stories get you to the very, very top of Instagram – quite literally.

If you’re not on Instagram, you need to be.

Social-media video content grew hugely in 2017, but it’s set to take over the world in 2018. That’s why video marketing should be an integral part of your content strategy.

Did you know that videos on social media generate 1,200 per cent more shares than text and images combined? Research shows that viewers retain 95 per cent of a message when they see it in a video, and only 10 per cent retain it when they see it in text. It’s estimated that by 2019, video will account for 80 per cent of all consumer internet traffic. So yes, it might be time to jump on the video bandwagon.

We’d encourage you to embrace social media in 2018, and have some fun with it. We know it can be overwhelming, which is why we dedicate our business to helping NFPs and worthy causes get to grips with social media.

If you’re keen to learn more come along to Change the World, a digital marketing summit which is powered by Hancock Creative appearing in three states across Australia in 2018.

Come along and learn how to tell your story, too, from the best storytellers in the business. It’s the easiest way to change the world.

About the author: Alecia Hancock is an entrepreneur, educator, and director of Hancock Creative. She has published hundreds of articles, created award-winning social media campaigns, and is a sought after speaker and not-for-profit trainer. Alecia was chosen as one of WA’s most influential people in business by NIFNEX, and her business was named Telstra Micro Business of the Year WA 2017, and won a national web award for Social Media Campaign of the Year in 2016. 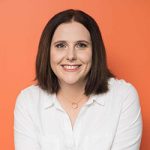