Why Family Violence Leave Should Be Paid

29 March 2018 at 5:23 pm
Kate Farhall
Financial hardship can bind women to abusive relationships, writes, Kate Farhall, a Postdoctoral research fellow at RMIT University in this article which first appeared in The Conversation.

Financial hardship can bind women to abusive relationships, writes, Kate Farhall, a Postdoctoral research fellow at RMIT University in this article which first appeared in The Conversation.

Five days unpaid family violence leave is a significant improvement over no guaranteed leave at all. But research shows that finances and domestic violence are inextricably linked.

Access to a steady income can mitigate the effects of violence and provide avenues out of abuse. Paid family violence leave is one tool to achieve this.

Research shows leaving an abusive relationship can be costly. This includes the cost of relocation (such as breaking a lease or finding alternative housing), medical and counselling bills, increased transportation costs due to moving house or loss of access to a car, as well as lost earnings – among other financial burdens.

The Australian Council of Trade Unions places the total figure at around $18,000.

The impact of violence on earnings and employment

Family violence can significantly impact lifetime earnings. This has flow-on effects for victims’ ability to live safe and healthy lives.

In Australia, approximately two-thirds of women experiencing domestic violence are in paid employment.

Research shows a significant correlation between the experience of domestic violence and reduced lifetime earnings. Some studies in the United States show a 25 per cent loss in income associated with abuse.

Victims of domestic violence also experience higher rates of part-time and casual work, lower retirement savings and a lack of job stability. Many lose their jobs as a direct result of violence.

The effects of violence are not only felt while the abuse is ongoing, but can reverberate for at least a further three years after the violence has stopped.

This also has substantial consequences for career progression and therefore potential future earnings.

Victims of domestic violence are also more likely to experience food insecurity, to struggle to find affordable housing and cover the basic essentials like utility bills.

Domestic violence victims are also more likely to experience anxiety over their ability to support their children, even as compared to others on a low income. In fact, all of this is intensified for low-income women.

As Adrienne Adams and her colleagues explain, “whether it is a few hours out of a day, a few days out of a week, or a few months out of the year, missed employment opportunities translate into lost income”.

It also means that victims may be better able to weather the storm of domestic and family violence and may be more productive at work (although more research is required to assess this).

Providing family violence leave – and ensuring that it is paid – is a fundamental aspect of workplace support for victims.

By failing to provide family violence leave we risk re-entrenching existing forms of disadvantage and failing to address a potential contributing factor to the persistent gender pay gap in this country.

Paid domestic and family violence leave only represents one aspect of a comprehensive response that workplaces can provide, yet it is a substantial one.

The argument that paid domestic violence leave will negatively impact employers fails to take into account actual patterns of usage, so the potential benefits seem to far outweigh the costs.

About the author: Dr Kate Farhall is a Postdoctoral Fellow in the Centre for People, Organisation and Work and the School of Management at RMIT. Kate’s research interests lie in feminist theory – particularly regarding sexuality, sexual violence, gender norms and the feminist movement itself – as well as structural forms of gender inequality in contemporary society more broadly. Her postdoctoral work focuses on workplace engagement with the issue of domestic and family violence, particularly in regional areas of Victoria. 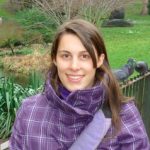 Dr Kate Farhall is a Postdoctoral Fellow in the Centre for People, Organisation and Work and the School of Management at RMIT.