What’s Wrong With Giving and How Do We Fix It?

Whether it be someone shaking a tin at the traffic lights, a cold call at dinner or a personalised letter from a charity, chances are: you can recall the last time you were asked to donate.

And yet, despite what feels like increasing persistence from a growing charity sector, fewer Australians are giving.

According to the Giving Australia report in 2016, while the average donation had increased by 38 per cent, the number of Australians giving had gone down by about 7 per cent over the decade.

So, what is wrong with giving? And how do we fix it so the sector can benefit from digital disruption rather than be shattered by it?

The economics of fundraising are faltering

The economics of fundraising are increasingly fraught, which has been illustrated in a number of recent sector insights.

The 2017 Pareto Fundraising Benchmarking Report revealed the solid growth in fundraising income has now contracted and the number of new donors to Australian charities fell for the first time in two decades.

The report comments that intense competition for new donors between charities combined with a small population has led to many charities simply running out of new people to ask. In other words, much of the “low hanging fruit has already been gathered”.

Recent changes to the remuneration requirements for face-to-face fundraisers, arising out of public concerns, will affect break-even periods for regular giving programs with some industry leaders expecting them to increase to 36 to 48 months.

Public distaste for telemarketing is on the rise and likely to result in increasing and in many cases, indefensible and unsustainable costs of fundraising.

The donor/charity social contract is fractured

Donors support charities for many reasons but almost always in response to a charity directly asking them to whether by telemarketing, direct mail, social media or otherwise.

This might sound obvious, but it’s useful to consider it from a marketing point of view.

This is what’s called a push promotional activity, which means the marketer (in this case, the charity) has to take the product to the donor in a sales-oriented way just as other push products like life insurance, energy providers and phone companies do.

This is in stark contrast to a pull activity, in which the consumer is highly motivated to buy and only needs help to know how to go about it, such as tickets to international concerts, exciting new technology or fashion labels.

Yet charities seem to be held to an unfair double standard when it comes to societal attitudes to charitable marketing that this insightful Ted Talk by Dan Pallotta explains.

Charities then, are stuck between the proverbial rock and a hard place. How can they get donations from people they have to ask without doing it in a “compelling” way?

There needs to be a call to donors to undertake giving without being asked. It takes two to tango and if charities are expected to reform their tactics and practices, then dramatic donor “buyer behavior” change is urgently required.

This is a call to action, charities must become more knowledgeable about the reality of fundraising economics and donors must become far more deliberate and proactive in their giving.

Digital is changing the landscape

Speaking of compelling, the rapid rise of digital platforms crowdfunding has led to a new trend in giving with people donating to personal causes, such as one person’s cancer struggle, because new technologies have enabled real time and rapid “social fundraising”.

Crowdfunding is both an opportunity and a threat for the charity sector. On the positive side, it offers an efficient platform allowing real-time donations at a fraction of the cost of traditional fundraising methods.

But the challenge is it can bypass charities altogether, as the many stories of individual campaigns for a person’s struggle already show. These stories are very compelling, and the individuals are (usually) incredibly in need of support but it does nothing for eradicating the source problem – such as finding a cure for cancer research or addressing the causes of homelessness – making this trend worrying if it continues to grow at the current rate.

Some commentators have encouraged the sector to relax on the basis that people giving to these campaigns are new givers and not jumping the fence from the traditional charity sector. But that doesn’t solve the puzzle of how to attract (and retain) new supporters to survive.

How do we embrace the change?

Countless other industries have already been disrupted by digital. There are alternatives for retail (Amazon, Ebay and Alibaba) to travel (Expedia, Trip Advisor, AirBnB) and taxis (Uber, Lyft, Juno).

It’s reasonable to assume crowdfunding and whatever else Silicon Valley has in store for us such as blockchain and cryptocurrencies will impact and potentially upend most traditional methods of fundraising.

How quickly this will happen is unclear. But what is clear is that if we don’t rewrite the donor/charity social contract, our sector will be shattered by this because the contract is already broken.

Surely it is time to rewrite the agreement to have a “pull” foundation so that donors are more proactive, planned and deliberate in their giving?

Surely, it’s time to rewrite the contract so donors are ready to give once they have the information they need from the charity?

And surely, it’s time to rewrite it so charities are much more knowledgeable and transparent about their administration, operating and marketing costs.

I have written previously about changes I believe some charities need to make in order to operate more authentically and transparently and inspire more efficient and effective giving.

But for this to happen, charities will also need to inspire more people to give by showing them where their charitable giving goes, including pointing out that the funding of some level of administration and marketing is an essential and critical part of running any organisation, for profit and nonprofit alike, and not “waste or overhead” to be scorned and despised.

I appreciate that donor behaviour has been forged over a century and cannot be changed overnight. There are, however, many practical steps we can all take to start shifting the dial towards more efficient and effective giving.

Below are my suggestions:

As the saying goes, happiness doesn’t result from what we get, but from what we give. Just do it without being asked and help the world in the process.

About the author: Lawrence Jackson is a longtime fundraising and philanthropy practitioner, consultant and commentator. ljackson@catalystmanagement.com.au 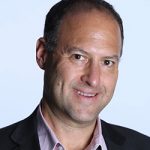 Lawrence Jackson is a longtime fundraising and philanthropy practitioner, consultant and commentator.