4 May 2018 at 11:34 am
Bruce Bonyhady
People with disability, their families, carers and advocates deserve the certainty of a National Disability Insurance Scheme which is sustainable, writes Bruce Bonyhady.

Print
Australia Needs Lasting Consensus on NDIS Funding
4 May 2018 at 11:34 am

People with disability, their families, carers and advocates deserve the certainty of a National Disability Insurance Scheme which is sustainable, writes Bruce Bonyhady.

Australia urgently needs a lasting consensus on the funding of the NDIS which builds trust in the disability sector, confidence in the Australian community and sustainability of the NDIS.

Over the past four and a half years, people with disability, their families and carers have been subject to terrible uncertainty, as they have been repeatedly told that the NDIS is not fully funded and therefore at risk.

After the unanimous support from the community, all major political parties and all levels of government – which led to the National Disability Insurance Scheme Act and an increase in the Medicare levy of 0.5 per cent to part-fund the NDIS in 2013 – the spectre of insufficient NDIS funding has been deeply disturbing.

Just when the future for people with disability, their families and carers had seemed secure, it was, once again, in doubt.

This should never have occurred, considering the NDIS is an example of governments doing what people cannot do for themselves. It is core government business which should always be funded.

Now, suddenly, after these four and a half very difficult years, the treasurer has announced that the NDIS is affordable and can be fully funded without the need for any budget measures.

The news that the Commonwealth Budget is in a much stronger position is, of course, most welcome.

However, it is also no surprise that people with disability, their families, carers and advocates are confused and worried. They crave and deserve the certainty of an NDIS which is sustainable.

This lies behind the outcry from the disability sector last week.

The government’s response so far has been only to offer statements of assurance that NDIS funding is now safe.

However, governments, fiscal priorities and economic conditions are always subject to change, while the NDIS must cover the long-term costs of supporting people with disability.

Fortunately, a blueprint for the best way forward – which would also strengthen the sustainability of the NDIS – is clear from the Productivity Commission reports on the NDIS in both 2011 and last year.

In 2011, the Productivity Commission recommended establishing in legislation a National Disability Insurance Scheme Premium Reserve, based on the actuarial costs of the scheme plus a contingency reserve.

The arguments for the premium reserve included “the necessity for certainty of funding for both people with disability and to underpin appropriate governance arrangements”.

The Productivity Commission further recognised that this arrangement would enable governments to raise revenues as efficiently and fairly as possible and to adjust to changes in fiscal circumstances and the economic cycle, whilst always ensuring that the NDIS is fully funded.

The Productivity Commission last year described this approach as “hypothecation of funding”.

This is a much superior approach compared with hypothecation of a single revenue source – such as last year’s proposal for a further increase in the Medicare levy – because the NDIS also relies on very significant funding from the states and territories as well as from general Commonwealth revenues.

Hypothecation of the full premium reserve would therefore provide the greatest funding certainty.

It would also serve to align the NDIS with other insurance schemes which are always managed within their premium pools, and it would significantly reinforce current imperatives for the NDIS to be managed sustainably.

The sustainability of the NDIS is vital for people with disability, now and in the future, who will depend on the “reasonable and necessary” supports the NDIS provides.

Sustainability is also essential for the continued confidence and support of the Australian community who pay for the NDIS.

Therefore, the government should move immediately to introduce legislation to establish the NDIS premium reserve.

It would be hoped that all political parties would immediately agree to this approach, marking a return to the political consensus and unity of 2013 in relation to the NDIS.

The government should then allocate all the existing funding commitments to the NDIS to the premium reserve.

Then, any under-spending within the current bilateral agreements with the states should be allowed to build up in the premium reserve to commence accumulation of the contingency reserve. These reserves could build quickly, given that last year’s under-spending totalled $850 million, providing a significant longer-term buffer.

Simultaneously, as recommended by the Productivity Commission last year, the National Disability Insurance Agency should be allowed to set its administration costs optimally, be freed from its current arbitrary staff cap and be allowed to allocate sufficient funds to Information Linkages and Capacity Building, which is a key foundation of the NDIS.

Then, the government will not only have secured the long-term funding of the NDIS, but also it will have aligned the structure of NDIS funding with scheme sustainability.

All Australians who may need the NDIS now and in the future, will at last be able to look forward with confidence that the full funding arrangements for the NDIS, which are imperative to its long-term success, have been put in place.

About the author: Bruce Bonyhady was chairman of the NDIA from 2013 to 2016 and is now executive chair and director of the Melbourne Disability Institute. 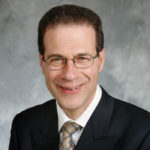 Bruce Bonyhady is an economist, has two adult sons with disabilities and was the inaugural chairman of the NDIA.