NDIS – Break It and We’ll All Pay For It

29 May 2018 at 10:39 am
Vanessa Toy
Damning NDIS news stories are not just tomorrow’s chip paper – they are a plague of silverfish eating away at the very fabric of the scheme, writes Vanessa Toy, director with Disability Services Consulting.

Damning NDIS news stories are not just tomorrow’s chip paper – they are a plague of silverfish eating away at the very fabric of the scheme, writes Vanessa Toy, director with Disability Services Consulting.

I recently asked a friend, not in the sector, for her thoughts on the National Disability Insurance Scheme. “A well-intentioned folly,” she said. “Providers screwing the system, people with a disability screwed BY the system.”

I’d love to say I was shocked, but I wasn’t.

The NDIS – an embryonic drive for a better Australia – is in a cataclysmic spiral. Worse than that, it’s not even because it IS a “fatally flawed, blown-out, broken-down gravy-train”. It’s because an ill-informed, headline-seeking narrative has determined it so.

Human nature is such that we are wired to more readily receive negative news than to embrace the positives. We’re more upset by criticisms than we are flattered by compliments and we’re more shocked by failed planning meetings than we are pleased by successful ones. Research tells us the ratio is in fact one to five: that we require five times as many positive experiences to register the same impact as one negative one.

Unfortunately, damning NDIS news stories are not just tomorrow’s chip paper – they are a plague of silverfish eating away at the very fabric of this scheme. They erode the morale, the confidence and the hope of not only participants and their families, but the very people we expect to deliver change.

Right now, one of the most empowering things we, as a community, can do is to change the record. Let’s begin with the fact that the individual and societal potential of the NDIS is limitless and – while not yet a perfect beast – it IS delivering for many, many people across Australia.

To that end, I asked my team, many of whom have lived experience of the NDIS, to tell me “what’s right” with the scheme?

Driven by need, not presumption

For some participants with dual diagnoses, particularly with a mix of mental illness and disability, the individualised, rights-based funding approach of the NDIS is a revelation. No longer doing the shuffle between mental health and disability and having both systems refuse to provide services means that many people are now able to have their support needs adequately funded and can shop around for providers and workers who are skilled in working with the complexities of both diagnoses.

Providers and participants are slowly starting to make the most of the flexibility offered by the NDIS and engage in conversations about how to do things differently – finally developing services based upon what people say they need, not what providers think they need. This is especially true for participants who hadn’t seen an Allied Health professional in years upon years, who now have access to supports they needed but didn’t even know about.

The NDIS is an incredibly well-designed scheme and the early craftsmanship of the Productivity Commission is certainly bearing fruit. Conceptually, the NDIS moves us to a rights-based framework so that people get what they need as a right, rather than having to be grateful (and I shudder to use the word) for any scrap they are granted. Take continence as an example – having enough continence products so you can access the community, rather than being limited and often degraded by “managing” (or not) on a meagre handout from the federal government, is life changing.

The sheer scale of the NDIS is bringing accessibility into the spotlight in other parts of the economy. We’re seeing companies like Apple, Microsoft and Bupa targeting their offerings to serve their customers with disability. And, in reality, accessibility isn’t just an issue for disability – it’s something that touches the vast majority of us over a lifetime which will likely include ill health and, ultimately, old age.

While the interface between NDIS and other mainstream service systems is the subject of a lot of political scrapping, this has highlighted the barriers to inclusion in these systems that long predates NDIS. The scheme’s insistence that it is not there to fill gaps in other systems will undoubtedly lead to improvement in the accessibility of mainstream services, which over time will hopefully lead to a decreased need for funded or segregated supports, bringing us one step closer to an “ordinary” life for Australians with disability.

Investing for the future

One in five jobs created in Australia over the next few years will be related to the NDIS. This workforce growth is often described as a problem, but it also represents a mammoth opportunity. It’s actually opening the door for many participants, parents and carers to use their immense skills and understanding to establish themselves as service providers in their own right. Not to mention, more broadly, decreasing unemployment.

What’s often missed in the conversation about NDIS cost blowouts is that there are tens of thousands (if not hundreds of thousands) of people who were not previously receiving any support at all. Many of these people are school-aged children, who are likely to have significantly changed life outcomes as a result of the NDIS’s investment in them and their families. If you do still want to talk dollars and cents though, that equates to a reduction in taxpayer costs over the longer term.

As things stand, we are facing a sadly self-fulfilling prophecy: if we believe the NDIS is doomed to failure, we will watch it flounder or even contribute to its demise. Right now, with every headline, we are raising our hands in defeat or covering our eyes in horror, instead of making the effort to shape and influence the scheme to fulfil its potential.

The parable of the carpenter tells of a man who, wishing to retire, agrees to build one last house for his master. With his heart not in it, the work is not to his usual standards. When the house is finished, the master hands him the keys and gifts him the home as a thank you for all his years of dedication. Immediately, the carpenter regrets not doing his usual best on his final house – a regret he now has to live with.

The message? Don’t do the NDIS by half. There are so many Australians who have fought incredibly hard to give us this opportunity. We now have a chance to finally get it right.

The foundations are solid, it’s up to all the carpenters – the NDIA, providers and participants – to shape it in a way that will make us proud.

About the author: Vanessa Toy is a director at Disability Services Consulting. An associate of Melbourne Business School in executive education, Toy is a consultant, trainer and executive coach to commercial, government and community sector organisations in the areas of leadership, management and organisational development. Toy holds a masters in organisation dynamics and is one of only a few hundred people in the world qualified in process work, a cutting edge approach to working with complex systems and team dynamics. She coaches leaders from all sectors, and is accredited in The Leadership Circle methodology. 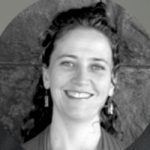 Vanessa Toy is a director at Disability Services Consulting.