5 July 2018 at 8:47 am
Emma Lang
Mobilising public support on a confused sector brand, will not serve your cause. Particularly as conservative politics comes at advocacy, writes Emma Lang.

Mobilising public support on a confused sector brand, will not serve your cause. Particularly as conservative politics comes at advocacy, writes Emma Lang.

When it comes to the government’s overreach in electoral reform and foreign influence, the charity sector has rallied together, and done so incredibly well, to prevent real hits to the sector’s ability to advocate on behalf of those who need it most.

Over the years, charities have got better at mobilising quickly and collectively. Banding together across service areas, faiths and various sides of the political spectrum to protect a staunchly independent and robust community sector.

Where David Crosbie, and others would be quick to point out the “dogs breakfast” of fundraising legislation, barriers to DGR status, and serious threats to its independent regulator, there have been too many examples of Australian charities being a second thought when it comes to the policies and frameworks used to govern them.

However, despite significant steps forward in reclaiming this space, so long as charities hold onto an outdated brand – hiccupping into old notions of service and operations, when it comes to protecting its right to policy advocacy, it will be campaigning with friction at its feet.

To provide context, in 2010, the High Court ruled in support of Aid/Watch’s charitable status despite significant opposition for its political activism. In 2013, charity legislation defined advocacy as a charitable purpose, again in the face of great resistance from Coalition Members.

In 2014, the Coalition government proposed tax amendments that with the intention to curtail funds to extremist groups – threatened to strip back funds and activity of internationally minded charities. And in 2015, the tax status of some 600 environmental organisations was brought into question when pressure from mining companies resulted in an inquiry by the House of Representatives.

“Each year, a new conservative voice jumps to strangle out opposition from Australian charities. One way or another, they do this. And they do this, time and time again.”

Each year, a new conservative voice jumps in to extend one policy or another to strangle out opposition. Sometimes they do this loudly and sometimes they jam it into the fine print. But most importantly, they do this, time and time again. And it would not be nearly as easy for them to do so if Australian charities invested funds and commitment to rebrand the sector as one that plays an active role in advocacy.

For at the crux of it, it’s very hard for charities to defend their right and often need to drive policy change, when it’s still foggy to the average punter where Australian law draws that line between a charity and a lobbyist; policy advocacy and political coercion; and throwing in for good measure, international donations and the funding of extremist groups.

When I say finance industry, when I say agriculture, when I say mining – we know what I’m talking about. Unfortunately, when I say charity, not for profit and civil sector, for many of us, we hit murky grounds. At a recent dinner table conversation hosted by Climate for Change, the group asked the question, what in fact is civil society? Is it different from a charity? Are there limits to its activism?

Hedging bets on media coverage, the dominant perception of charity is still far too often framed as a traditional, and in fact, Christian notion of service. The provision of shelter, the pouring of soup, the planting of a community garden – all of which is propelled by good deeds on the back of an oily rag.

It’s no wonder that when funds are spent on overheads and staff retention they hit resistance from supporters. It’s no wonder the flashy donor campaigns continue to make for great debate among colleagues in the staffroom. And finally, when it comes to the government’s sore point of tax breaks for activism, it’s no wonder a conservative bill is able to insert confusion in the media and at times, even die-hard charity supporters.

Without a sharp and contemporary narrative around what Australian charities stand for and how they’re regulated, it’s going to be a steep ask for an MP to vote against bills framed as “national security”. While the sector has taken great strides since 2013 to very clearly define itself and become one of the most transparent industries in Australia – it has failed to adequately communicate this significant step to its supporters.

An effective and efficient sector focused foremost on its community impact, whether that be through scalable programs, happy and retained staff, or at times through politically charged work. This is the narrative we need to share. Where does charity end and political parties start? How can I be sure my aid donations aren’t funding extremists? While these questions may be clear to our inner lawyers and accountant, if it’s not clear to our friends and family, then we’re doing ourselves a disservice.

If charities collectively invest in an awareness and education piece on who they are in a contemporary setting, we won’t only find it easier to mobilise support when a conservative government crosses the line, but we’ll also provide a narrative that enables wider capacity building activities to help us achieve just that. There’s no point making such strides at a legislative and conceptual level if only to leave the communication to our supporters left unsaid.

About the author: Emma Lang is a communications specialist with a background in federal lobbying, followed by story-telling for charitable giving and community engagement. She freelances and is a board member of Reality Learning a multimedia behaviour change agency. 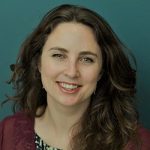 Emma Lang is a strategic communications professional for Australian charities and not for profits.