The $15.9 billion set aside for capital works and physical infrastructure in June’s NSW state budget is a potential game changer for Australia – but not in the way most people think.

Infrastructure funding is at historically high levels. The federal government in its May budget pledged to spend $75 billion* on nation-building projects over the next decade, while major projects are also underway in Melbourne, Brisbane and Perth.

The means is via social procurement – when organisations choose to purchase a social outcome through buying goods or services from social enterprises, including Indigenous business and disability service organisations. Social enterprises by their nature aim to reduce social inequality by bringing disadvantaged people into the labour market.

To deliver these planned nation-building infrastructure works, tens of thousands of contracts will be tendered and submitted by a myriad of suppliers, including large multinational corporations, small- to medium-sized businesses and sole traders.

Yes, workforce participation rates continue to increase, and governments are keen to inform us that jobs are being created. Earlier this year Prime Minister Malcolm Turnbull pointed to 400,000 new jobs created in the year to December 2017. But according to the latest Australian Bureau of Statistics figures 730,000 Australians find themselves without work, with 94,000 unemployed for two years or more.

So, we still have an unemployment problem, whether we like to acknowledge it or not.

Over the past 18 months, Social Traders has seen first-hand the significant difference that private and public sector buyers can make to reducing long-term unemployment challenges through changing procurement policies and practices that gives market access to social enterprise products and services.

We’ve worked with a range of business and government buyers including organisations like John Holland, Coca-Cola Amatil, Laing O’Rourke, Boral, Australia Post, Mirvac and others, who collectively have spent approximately $20 million with social enterprises in the past 18 months, creating more than 300 jobs for marginalised individuals in these states.

We estimate that for every $100,000 spent by business and government buyers on social procurement, 1.5 jobs are created for those suffering or at risk of disadvantage. To give this some perspective, if as little as 3 per cent of the budgeted infrastructure spending goes toward buying from social enterprise, as many as 22,000 jobs for disadvantaged Australians could be created.

What Social Traders is seeing through our network is that social enterprises are winning contracts with large business and government by being competitive on price and quality. By demonstrating that they can deliver the same high-quality product, on time and on budget, they are being integrated into organisational supply chains as part of ongoing business.

Mates on the Move – an anti-recidivism and pro-reintegration social enterprise – is currently providing regular recycling collections for Mirvac – a property development and asset management organisation – in the Sydney CBD. Addressing the three major risks factors for recidivism (anti-social attitudes, antisocial associations, lack of soft and hard work skills) Mates on the Move have provided 13 program participants with paid work since January 2017, with five finding work in the mainstream job market.

There is certainly incentive for the commercial sector to invest in social procurement. Rising community expectations are seeing some positive sentiments coming to the fore within Australia’s broader business sector.

The Hayne Royal Commission is also placing a spotlight on the importance of business acting responsibly, respecting the rights of customers and the values of the community.

As well as generating a positive social or environmental impact, buying from social enterprises and other purpose-led businesses also provides many competitive advantages that include enhanced staff attraction and retention, investor sentiment, customer engagement and brand building.

The Victorian government is providing policy leadership, having recently launched a Social Procurement Framework requiring all government departments to have strategies in place to increase their purchasing from social enterprise.

Through the large-scale adoption of social procurement, Australian businesses and governments can create real and sustainable change. The means is right here, and right now.

* The May federal budget allocated a further $24 billion to more than the $50 billion already earmarked for capital expenditure on infrastructure projects.

About the author: David Brookes is managing director of Social Traders and an executive director on Social Traders’ board. He has responsibility for executing the organisation strategy, staff recruitment and external stakeholder engagement. Previously, Brookes has held senior executive roles with Amcor, Toyota and Rio Tinto across government, media and community relations portfolios. 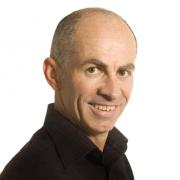